As a former elite basketball player, and now a businessman, Leonardo “Leo” Lightbourne has a good idea of how to deliver when expectations are high and opinions are strong. The founder of Mr. Ship It is not afraid to tackle the tough issues. His solutions-driven approach to problem solving is what he is offering to bring to office, should he be elected as the member of Parliament (MP) for the North Andros & the Berry Islands seat for the Progressive Liberal Party (PLP) in the upcoming general elections.

Lightbourne, who secured the nomination of the party for that seat, has a lofty goal – to help liberate voters within his constituency from a government he said is too heavily focused on issues impacting New Providence.

“This is about demanding equal access to opportunities. It is about understanding that where you are born in this country should not dictate how far you can go as a Bahamian,” said the 38-year-old who has served as a councilor and deputy chief councilor in Andros.

“Being an Androsian myself, I can relate to the challenges, issues and concerns that we are faced with in our communities. It is a humbling experience growing up on a Family Island. Even with limited resources, when you enter the job market or seek higher education outside of your community, you are expected to perform at the highest level, and we do just that. The idea that you have to leave where you are born in order to succeed is a decision that no young person should have to face.”

After completing Mangrove Cay High School, Lightbourne attended Marshalltown Community College in Marshalltown, Iowa, where he graduated with nationwide distinction and received the Arthur Ashe Sports Scholar Award. He then earned a full basketball scholarship to Liberty University in Lynchburg, Virginia, and played on the school’s NCAA (National Collegiate Athletic Association) Division I team. In 2005, he graduated with a Bachelor’s degree in business

Due to his work ethic and strong commitment to excellence, Lightbourne gained an opportunity to play professional basketball overseas with four different teams in Turkey, Austria, Chile and Uruguay. The Androsian gained a global perspective, met people from around the world, learnt their culture and how to work within very diverse settings.

A transformational experience, it resulted in the father of three not only becoming more well-informed but also more open-minded. He said he doesn’t tell voters what they want to hear. Rather, he said, he listens to what they have to say. Armed with that information, the accomplished businessman and basketball coach formed a plan for the North Andros & the Berry Islands constituency.

“With the support of a PLP government, we will focus on renovating the dock at Morgan’s Bluff and upgrading our clinics and healthcare facilities. Our vision is to revitalize BAMSI (Bahamas Agriculture and Marine Science Institute) to offer new programs and new initiatives to benefit the local economy like a canary for farmers, develop a processing plant and provide opportunities for local and international export,” Lightbourne said.

“With unemployment in North Andros & the Berry Islands at more than 60 percent, there needs to be greater opportunities for young persons in the community to have access to the tools needed to earn a living in new and innovative ways. Our plan looks at providing programs for young adults to learn new skills and use technology to build viable careers where they can operate a business from within the community.”

As the Chief Executive Officer (CEO) of Mr. Ship It and president of the Three Brothers Investment Group – overseeing a portfolio encompassing entertainment, wholesale, transportation and fishing – Lightbourne said he is able to level with voters and share his business experience with constituents who come for help. In fact, he believes his business interests will help to make him a better lawmaker.

“It’s time to bring a bigger slice of the pie back home to North Andros & the Berry Islands,” he said.

Known for his work throughout the community, supporting the Red Cross and chairing his area’s homecoming committee, Lightbourne’s growing popularity is beginning to transcend normal party alignments, as he builds broad-based support.

“We want to make our community better, not watch residents grow bitter. The people are becoming frustrated. Every day, they are making huge sacrifices just to get by. The people of North Andros and the Berry Islands want effective leadership. They want to be heard and they want action. That’s exactly what I intend to deliver,” said Lightbourne.

Upcoming events on his agenda include a heavy-duty, debris removal and cleanup exercise in the Berry Islands, and an entrepreneurial workshop in North Andros.

Lightbourne is one of a number of political newcomers in the country out of the sporting arena.

Mom strives to give daughter a chance at an independent life 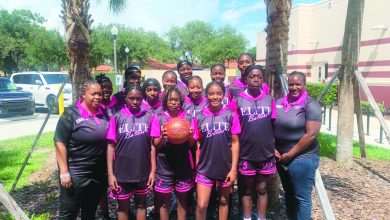 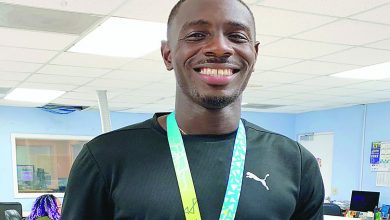