The way David “Funky D” Ferguson, 62, sees it, musical maestro Franklyn “Count Bernadino” Ellis, deceased, performed well into his senior years, so even at at least two decades Ellis’ junior, Ferguson says he has no plans to stop recording and performing anytime soon. The leader/singer of the Summer Breeze Band says his plan is to keep up his funky, crazy antics onstage until the good Lord decides it’s time for him to stop.

Ferguson recently teamed up with the songwriter/production team of Campbell Forbes and Maitland Thompson to record the single “Feel the Summer Breeze” (Down in The Bahamas) which he says was written for these COVID-19 times of emotional and economic instability to provide “positive vibes.”

“This song is guaranteed as a musical and medicine to lift your spirits and make you feel proud and positive of where you live and who you are,” says Ferguson.

Ferguson, who has decades of performing under his belt, like most entertainers, says he has always liked music and loved to sing. He began singing in church at age 11.

It’s a talent he believes he inherited from his deceased mom, Ellamae Ferguson, who he says also loved to sing, and when she realized her son could carry a tune, began critiquing him.

“I had to please her first, before I could please the audience,” he recalls of his early days singing in church and the choir, when he was just known as David Ferguson.

Although he had a love for singing and entertaining, like most people, he didn’t look at the entertainment industry as a means to support himself. He enrolled in the then College of The Bahamas (now University of The Bahamas), from which he graduated in the late 1970s, and held down jobs at the Attorney General’s office for a decade before he moved on to the Bank of The Bahamas, where he spent another three decades, retiring early at age 55, but all the while fulfilling his passion to sing and perform, taking to stages to perform at night, simply for the love of music.

Before Funky D existed, Ferguson performed in the 1970s and early ‘80s with the Sweet Love Band before he joined The Backstabbers, a performance group with a style akin to The Temptations, The Spinners and The O’Jays that took him onto the road for tours across the United States for stints of sometimes up to three months at a time.

Because of their schtick, when they would return home, he says, there was hardly any place for them to perform as places like Tradewinds and Ronnie’s Rebel Room had shuttered. Due to the lack of gigs, the group, he says, faded away. With the group defunct, Ferguson drifted for a while before joining the Summer Breeze Band, which became the house band at the Family Island Lounge at East Street and Soldier Road during its heyday.

It was during this period that the group recorded its first self-titled album – “An Evening with the Summer Breeze Band”, on which was the single “Never Been so Cold”. The popular group also hosted a radio show stint before it, too, eventually disbanded.

In 1990, with some prodding from others, particularly Kirkland “KB” Bodie and Rudy Grant, to pursue a solo career, Ferguson went solo.

His first solo album, “The Fun Starts Here”, was produced by Fred Ferguson, KB and Ira Storr. It’s from this album that Ferguson has some of his biggest single hits – “Crazy Boyo”, “Start Me Up” and “At the Center”.

It was also during this period that the Funky D moniker was born.

“When I was with the Backstabbers and we toured the US, at the end of each performance, each of us did a free dance, and my dance was so crazy and wild that Linc Scavella, said, ‘You funky,’ and used to call me ‘Funky Dave’. When KB and Rudy Grant came to me and asked me to do a solo career, they said I would need a name, and I said let me use Linc’s name and that’s how ‘Funky D’ came to be rather than saying Funky Dave.”

As for those moves that earned him the “funky” moniker, he credits it all to God.

Ferguson went on to record many other albums, spanning what he says is a discography of some 60 singles with the who’s who of Bahamian artists.

“I’ve recorded with almost everybody who is somebody in the business,” he says.

Ferguson’s Summer Breeze Band currently has residency at SuperClubs Breezes, where he has been since he performed for its opening in August 1995. He performs six nights a week.

“It’s absolutely fantastic,” he says of having performed at one venue for two-and-a-half decades, because he gets to entertain people from all over the world. And he says he has an absolute blast meeting people from all walks of life.

Even though he’s the resident performer at Breezes, his contract allows for him to perform at events such as homecomings if he wants to.

The artist in him also appreciates the financial stability of a full-time gig, but he says performing, for him, is not work because he is having too much fun doing it.

When performing in front of a predominantly local crowd, if he doesn’t sing “Crazy Boyo”, he says, there would be a problem. It’s a song that he says allows him to be…crazy, and that he can do any antics to.

The tourists, especially the ladies, he says, are fans of the song “The Ways of a Woman”.

As for that legendary “Funky D” frenetic performance energy, he chalks that up to his soccer playing days, and actually having been a national team player for 10 years.

“Count performed until he was 89, so I’m just going to keep going until he (God) takes it away.”

Ferguson, who likes to perform in the rake n’ scrape genre, chimed in on the sounds of Bahamian music, and says he recognizes change is inevitable.

“Reggae started from ska to reggae and then dancehall. The younger guys are the ones who are going to carry the baton for us, and there has always been this discussion on what is Bahamian music – some say rake n’ scrape, some say Junkanoo, some say Goombay and some say anything a Bahamian performs.”

Ferguson is partial to the indigenous sounds of The Bahamas.

While he has dropped “Feel the Summer Breeze (Down in The Bahamas)”, he says he has another six songs that he recorded with Dillon “D-Mac” McKenzie and that were produced by Ira Storr and KB, to be released, but because of COVID-19, he is holding them back.

“I don’t think releasing songs [now] you will get the benefit. In The Bahamas, how we make our money is from concerts, homecomings and regattas, but right now, because of how it is, there is no place to go out, and certain [radio] stations don’t even play the music, so I will hold back until the time is right,” he says.

He is also set to shoot a video, which will be a first for him, but which he says is also being held up due to COVID-19 restrictions.

Cost of DRA home repair program will likely be doubled 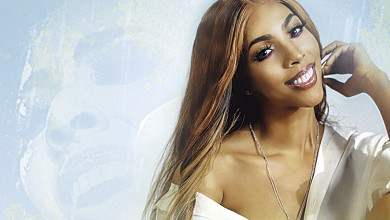 ‘Be Ok’ another massive hit for Patrice Murrell 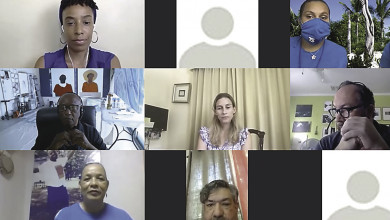 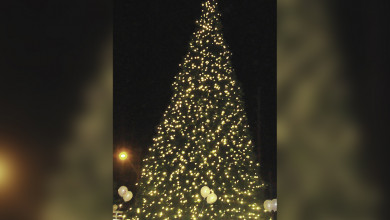 ‘Love Lights A Tree’ event today at Mall at Marathon 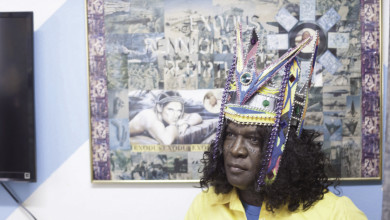