Grand Bahama’s Coral Vita is one of 15 finalists shortlisted for the inaugural The Earthshot Prize, Prince William’s ambitious global environmental award that aims to find new ideas and technologies to tackle climate change, air pollution and the Earth’s most pressing challenges.

Coral Vita, a finalist in the Revive our Oceans category, has a chance of winning one million pounds ($1.4 million) to support its innovative environmental solutions to the greatest challenges facing the planet, from the 50 million-pound prize pot to be awarded to five winners every year until 2030.

Five winners will be chosen on October 17 in London.

Coral Vita, founded by Gator Halpern and Sam Teicher, are coral environmental entrepreneurs driven to solve one of the planet’s greatest challenges: preserving the reefs.

Coral Vita creates high-tech coral farms that incorporate breakthrough methods to restore reefs in the most effective way possible. The scientific team has partnered with leading marine institutes, utilizing techniques to grow coral up to 50 times faster while boosting their resiliency against the warming and acidifying oceans that threaten their survival. They then outplant the corals back into degraded reefs, bringing them back to life.

Coral Vita’s land-based farms not only supply corals for restoration projects but also function as education centers for local communities as well as eco-tourism attractions. They can also scale to make a significant ecological difference, with a single farm able to grow millions of resilient corals for distribution around a region.

Halpern and Teicher met and became friends at the Yale School of Forestry & Environmental Studies, where they both received a Master of Environmental Management.

Coral Vita’s ultimate vision is to create a global network of high-tech coral farms that can sustain the world’s coral reefs despite the threats they face. Their vision is to produce billions of corals from their farms each year in order to maintain the “magical” ecosystems for generations to come.

As they work to achieve the vision, Halpern and Teicher acknowledge that the best thing society can do for coral reefs is to stop killing them. They strongly urge responsible parties to limit greenhouse gas emissions, reduce pollution and overfishing, and take other meaningful steps to eliminate threats to environmental health – necessary actions that they said ultimately impacts humanity’s well-being and prosperity.

Coral Vita also recognized that the pace of degradation – coupled with the lack of sufficient positive action – demands scalable adaptation solutions be implemented as mitigation measures continued to be pursued. And the reason why they are scaling land-based coral farming methods? Doing so, they said, will enable stakeholders around the world to have a ready-to-install supply of corals for all restoration needs.

Halpern and Teicher aim to provide a means to sustain vital resources in spite of the ecological danger the planet faces.

Coral Vita improves the livelihoods of those who depend on coral and aspires to enable a new generation to protect the reefs that will sustain their communities and nations well into the future. As a mission-driven company, Coral Vita, Halpern and Teicher said, is committed to reinvesting the majority of its profits into sustaining coral reefs.

Founded by Prince William and The Royal Foundation in 2020, The Earthshot Prize is the most prestigious environmental prize in history, designed to discover, celebrate, and scale the best solutions to the world’s greatest environmental challenges.

“When we launched the prize last year, our ambition was to find the most innovative solutions to the world’s greatest environmental challenges,” said Prince William in a pre-recorded video announcing the finalists.

After an unprecedented global search with nominations received from every continent on the planet, Prince William announced the first-ever 15 global finalists for The Earthshot Prize on Friday, September 17.

The award received over 700 nominations.

Besides Coral Vita, among the finalists are a 14-year-old student who proposes using solar energy to replace charcoal to power millions of roadside ironing carts in India; a community project in Congo devoted to protecting gorillas; and a Kenyan enterprise that turns organic waste into fertilizer and insect protein for farmers.

Prince William and his charity, The Royal Foundation, launched The Earthshot Prize last year, inspired by late United States President John F. Kennedy’s 1962 “Moonshot” speech that challenged and inspired Americans to go to the moon. Prince William said he wanted to capture that “spirit” of human ingenuity, purpose and optimism.

Jason Knauf, chief executive of The Royal Foundation, said Prince William was inspired by both his father’s and grandfather’s work on the environment and wanted to leave a “personal” legacy with the award.

“It’s like, if you know that this is the 10 years that really matters, it’s the legacy: ‘What am I going to be able to say to my children in the future about what my contribution was during this decisive decade?’” Knauf said.

Coral Vita said ocean warming and acidification are set to destroy over 90 percent of reefs by 2050, a death sentence for the quarter of marine life who need them to survive – which they said will be a disaster, too, for the billion human lives dependent on the benefits reefs provide.

A year after Halpern and Teicher launched Coral Vita’s first facility in Grand Bahama, Hurricane Dorian destroyed their coral farm. The experience brought home the extent of the climate emergency and strengthened their resolve to protect the reefs.

Coral Vita, which grows coral on land to replant in oceans, gives new life to dying ecosystems. Its methods grow coral up to 50 times faster than traditional methods and improves resilience to the impact of climate change.

As well as restoring reefs, Halpern and Teicher work with local communities, public officials, and private companies to improve education, create new job prospects, and build a model to inject more funding into environmental protection. Coral Vita gives new life not just to the ocean, but to coastal economies as well.

With Coral Vita’s methods, a single farm could potentially supply coral for an entire nation, and they ultimately envision a network of such farms in every nation with reefs, kickstarting a restoration economy to preserve the ecosystems that sustain us all. Winning the prize will help them make that vision a reality.

Other categories to be contested for The Earthshot Prize’s game-changing solutions include Protect & Restore Nature; Clean Our Air; Build a Waste-Free World; and Fix Our Climate. 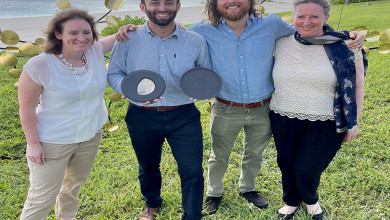 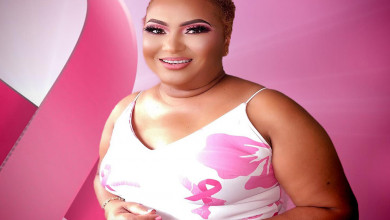 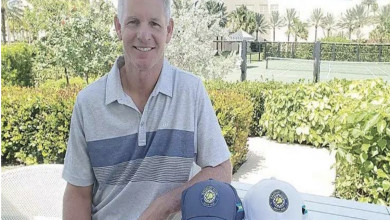 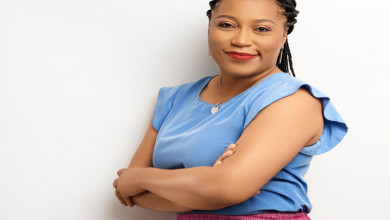