For the last two years, many devout churchgoers have become accustomed to tuning in to the Sunday sermon from the comfort of their homes.

COVID-19 has disrupted the way many of us lived. Some have lost their jobs, lost loved ones and lost their lives. The way we worshipped has also changed. During this period of disconnection from the church, some parishioners got into the habit of not attending church services. Even when church services were allowed to resume, as COVID-19 infections dropped, some elected to remain at home.

Calvary Bible Church Senior Pastor Robert Elliott said some have decided not to return at all.

Elliott said, however, that it is essential for Christians to return to the church.

“Absolutely, they should,” he said.

“They’re commanded of God to do so. That’s in Hebrews 10, starting from verse 23.

Quoting the scripture, he said, “Let us hold fast the confession of our hope without wavering, for He who promised is faithful. And let us consider how to stimulate one another to love and good deed, not forsaking our own assembling together, as is the habit of some, but encouraging one another all the more as you see the day drawing near.”

Elliott said physically returning to church is one of the ways Christians can hold fast to their confession of hope.

“We hold fast to our confession of hope, we find it easier if we are together with other believers in a physical way, not a virtual way,” he continued.

“God has promised to bless the assembling of His people and He is a promise keeper.”

Elliott, who has been a pastor and teacher for about four decades, said individuals are better able to try to stimulate how to love and do good deeds through fellowship.

“I am a better doer of good deeds if I am with other believers,” he said.

Turning to the reference of the word “forsaking” in the scripture, Elliott noted that it would indicate that it is a “bad choice”.

“If you were on a small boat in distress, and I was on a different boat and saw your flare or saw you waving, if I go on my merry way and say, ‘I’ve got better things to do’, and I forsake you at sea, you might perish …

“This kind of forsaking is a conscious bad decision to let other believers just drift out there in virtual cyber space.

“The Lord is against the habit of doing that.

“If you have a circumstance where you can’t get to church on a particular Sunday, that is not being spoken about here. This is speaking of people who make it their habit of not even thinking of going back, which so many believers have come to do. They have a bad habit now. They’d rather be in pajamas with a cup of coffee. They go in and out of that service as they please. God says don’t make that a habit. That’s a bad habit.

“A vital reason not to absent yourself from your church is that you will not be able to encourage other believers to the same degree from virtual attendance at church.”

He said in a healthy church, people know and love each other, and are able to fellowship and encourage one another.

“Practically, we encourage each other much better if I am able to put my hand on my brother’s shoulder than to just be distant and separate from him,” Elliott added.

He said another key reason to attend church is for Christians to discover and use their gifts. To effectively do this, he said, individuals have to be around other believers.

“You can’t do that from your couch,” Elliott said. “By the way, studies in America say that between 30 to 35 percent of evangelical Christians will never go back to physical church. They’ll just do virtual church or no church.

“That’s significant. I don’t think The Bahamas is that high because of the culture here, but it’s high – 15 percent that won’t come back, 20 percent? I don’t know.

“I know people in our church who won’t come back. They told us so, which is really sad, particularly when they took out a membership covenant that they would faithfully support the worship services of the church. That’s another angle.”

On Sunday, Pastor Mario Moxey, lead pastor of Bahamas Harvest Church, addressed this topic from the pulpit as he kicked off his four-part Back To Church message series.

Moxey said many people became accustomed to staying away from the church when the emergency order prohibited gathering.

However, he said even though aspects of their lives have since normalized and they’ve resumed doing things like going to parties and functions, some people still elect to remain on their couches on Sundays.

“And when it comes to church, we’re not going to church,” he said.

“Some Christians engage in selective isolation.”

Moxey said it’s time to get out of that slump.

“For many of us, we had no idea how important the church is until we no longer had it to come to. God wants to help you to come out of the slump. You’ve got to understand that there is no condemnation. No matter what it is that we’re going through, because all of us, we’re either coming out of the slump, we’re in the slump or we’re going in it.

“I want you to know that there is absolutely no condemnation. God loves you. We go through slumps.”

Moxey suggested that shame may be holding some believers back.

“Too many of us don’t know how to return to the Father’s house. … We need to understand that we can come to the Father at any point in time,” he said.

“The Father is filled with love and compassion towards you. … You don’t have to stay permanently stuck.”

Moxey challenged his congregants to invite someone to church, adding that the best way to get out of a spiritual slump is to plug into a local church.

“We want to blame everything on COVID-19, but at some point in time, we have to shoulder responsibility.” 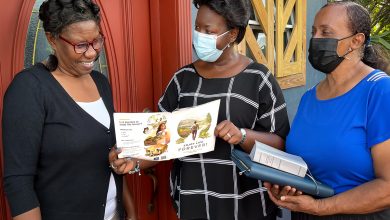 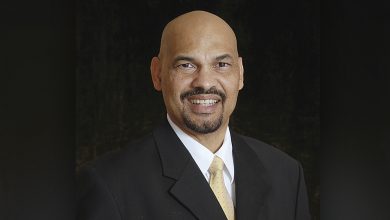 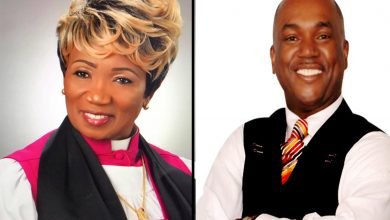 Marching to the tune of a different beat