St. Francis de Sales School Principal Leandra Kelly-Adderley last week visited the site of the school where she led for five years once stood. All she could do was stare at what was, and take in the complete devastation nearly a month after the storm. It is her hope that the school that had 329 students enrolled at the start of the academic year will be rebuilt, but she says she doesn’t see it happening any time soon.

“There is just devastation everywhere. The high school building was just destroyed; the lower primary building that would have housed kindergarten to grade two, there was significant roof damage, but the structure is still intact; and then the upper primary building which housed grades three to six and also the computer lab…basically that was destroyed.”

St. Francis de Sales was established in 1964. It was just one of a number of schools, public and private, in Abaco and Grand Bahama that were devastated in the wake of Hurricane Dorian which meant that in order for students’ education to not be impacted they would have to be relocated. And in the days following the storm, hundreds of students have been relocated.

According to Claudette Rolle, Catholic Board of Education (CBE) director, up to last week Tuesday, 125 students were placed in CBE schools on New Providence – 97 from St. Francis de Sales; 20 from other Abaco schools; six from Mary, Star of the Sea Catholic Academy; and two from other Grand Bahama schools, as well as 35 teachers – and they were expecting the number to increase.

In the public sector, Ministry of Education Director Marcellus Taylor said to date they have seen 1,000 students that have gone through the ministry’s enrollment process and protocol as of last week Tuesday, and that about half of them may have received letters to be put into schools already, and have gone into the schools.

He said most of the students relocating came from Abaco, with some from Grand Bahama, but not in great numbers. Marsh Harbour schools – Central Abaco Primary School, Patrick J. Bethel Secondary School and Treasure Cay Primary School, he said, were substantially damaged and pretty much out of commission for right now.

“We have a working figure of about 3,000 or so students that we might be expecting. This reality may not be realized because things are changing on the ground daily. There are many who have also gone to many other Family Islands – 150 in Eleuthera, nearing 100 in Andros, 50-something in Exuma based on our numbers,” said Taylor.

Once education officials had a sense that students would have to be relocated or evacuated from Abaco and potentially Grand Bahama, he said, they informed school administrators to accept students if they were to come, as a temporary measure, who already had to be moved from their home island.

They then determined which schools they would place them in, all while being considerate to the school communities where they were asking the students to be placed, so as to not unduly put burdens on one set of schools and create a situation of potential overcrowding.

The education ministry’s ongoing registration of students is taking place at the Thomas A. Robinson National Stadium on an appointment basis to avoid waiting on excessively long lines and for extended periods of time.

In the CBE schools, most parents were allowed to choose the school their child/children went to, according to Rolle. As for teacher deployment, she said it was/is dependent on the needs of the school and the adjustment to enrollment. She said some teachers also chose to resign and returned to their home countries.

Abaco and Grand Bahama students relocated to other schools, Rolle said, would continue to pay the same fees they paid, and that tuition assistance would be determined on a need basis.

“However, as has always been our policy, we will explore all options and work with parents who are experiencing financial difficulties,” she said.

As the ravaged islands begin the lengthy rebuilding process, Taylor said they have already seen people who have returned to their respective islands, and in some instances never left some parts of Abaco, and are keeping schools in some of the communities, which he said are mostly in the south.

“The school at Moore’s Island is meeting; the schools at Crossing Rock and Cherokee Sound are meeting. We will soon have the school in Sandy Point which is called James A. Pinder going on, and we’re going to try to see if we can get the school in Fox Town mobilized in a week or two – so there are some things going on already, and there are people who once they see and know that these schools are running, and they have the wherewithal to return to Abaco and to access those schools, some of them will return,” he said.

Kelly-Adderley is currently teaching English and Literature at Aquinas College, and she said many parents are already asking about the rebuilding of St. Francis de Sales, which has been a 55-year staple in the community.

“It is my hope that we rebuild, even if it’s something really small,” said Kelly-Adderley. “It was home to both my daughter [who is in fourth grade] and I, and so we just have to try to pick up the pieces. [Prior to the storm] we had plans to build a new block of classrooms because enrollment was very high. But like they say, with old brings new and so it’s now going to give the opportunity to develop, to add more classes, more options for the students…because we had a really good music program, but we didn’t have a music room.”

Kelly-Adderley said CBE students who had to be relocated to Aquinas College can avail themselves of subjects they weren’t able to take in Abaco, such as cosmetology and auto mechanics.

“It gives the children more opportunities to broaden their horizons.”

She also noted that her students are settling in well.

“I would have gone to several of the schools just to check in on them, but anytime I see them smile it warms my heart, because as an educator and as a principal you feel as though the children are your own,” said Kelly-Adderley.

“It’s a major blow for us because we had so many things planned, and some initiatives. Right now, the well-being of the children is key to us because some of them were very traumatized,” she said.

According to Rolle, the CBE director of the board has not addressed steps to rebuilding St. Francis de Sales as yet and is still in the assessment phase.

In both the public and private sector, considering parents had in most cases already had their children fully kitted out for the new school year, many people and organizations have stepped up to render uniform assistance to ensure that displaced students fit in to their new school communities.

Taylor said having the uniform of the schools they’re placed in is a good thing because it helps students with the readjustment and fitting in.

“Nobody really wants to stand out – especially at a time like this,” he said.

Taylor said while the affected government school structures will require substantial work to get them ready to house students once again, he doesn’t think they will have to be broken down and that the Ministry of Works team will do full assessments.

“This is the most impactful storm in the lifetime of most Bahamians alive today. This has caused a lot of grief and displacement, but we know that education is not only a fundamental right, but it reflects a hope and aspiration for the future of a society, and so we are trying to respond as best as we can and in as many ways as we can to ensure that students who come from those affected areas do receive an education, and an education of quality,” he said.

“We’ve also facilitated, especially for secondary school students, their education by this virtual school that we have only just established, which in the first instance just was targeting students in the southern Bahamas who have systematically been denied opportunities to teachers who can teach subjects across the curriculum. So, now we’re able to use that to some degree to help students in places like Abaco where the students have been affected by such a storm.” 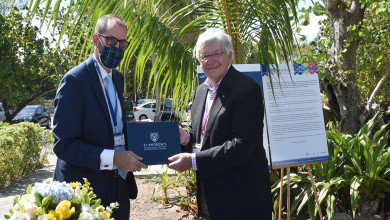 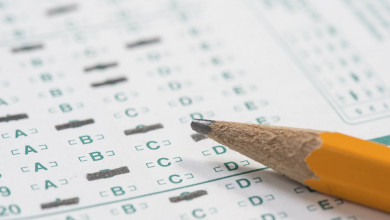 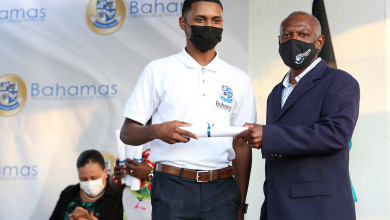 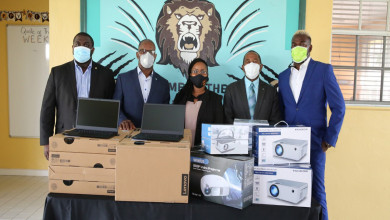