Not unlike the Christie administration in 2017, the Minnis administration ends this term in office with a long list of unanswered questions on the agenda of the House of Assembly stretching back more than four years.

That the House was dissolved on August 19 with so much left to be answered is shameful, but not surprising.

This administration’s record on transparency has been dismal, although we have been told that in a few months we will be able to make legal application to access information under the long-delayed Freedom of Information Act (FOIA).

During the course of the general election campaign, which culminates today with party leaders making their closing arguments, Prime Minister Dr. Hubert Minnis has quite tellingly not made himself available for any media interviews, as he avoids the tough questions and demands for accountability.

He has taken the easy way out – staying scripted as he seeks repeatedly to focus the electorate’s attention on the Progressive Liberal Party (PLP) being a party of “scandal and corruption”.

Voters should ask themselves why it is that Minnis has had no sit-down interviews during the course of the campaign, or for many months prior for that matter.

Now we are told by the Ministry of Health that the prime minister will speak to the national COVID-19 situation today, the eve of the general election.

We expect that it will be nothing more than a political speech as he continues his re-election bid. We note that he is not open to questions.

Had the prime minister made himself available for questions during the course of the campaign, he would have been asked to respond directly to the questionable award of contracts this term.

He would have been pressed on a policy position on oil drilling.

He would have been asked to explain the scientific justification for certain decisions he made as the competent authority during the course of the pandemic.

He would have been asked to explain his decision to call an election during this deadly surge.

He would have been asked to explain why he repeatedly changed his positions on various matters in government, when compared to his public statements in opposition.

He would have been asked about his lack of progress in effecting electoral reform as he had repeatedly pledged to do.

He would have been asked why his declaration made in Parliament in October 2017 about all children born to Bahamian women anywhere in the world having an automatic right to citizenship never materialized.

He would have been asked why the government sat on the Integrity Commission Bill more than four years after tabling it in Parliament.

He would have been asked why he never caused information on public disclosures to be made public as he claimed he would do.

He would have been asked why the travel spending report he promised was never made public, and why his attorney general has refused to tell the public how much money we paid foreign queen’s counsel on failed prosecutions.

He would also have been asked about the outstanding sale of the Grand Lucayan in Freeport, and an accounting of the money the government pumped into it over the last three years.

And he would have been asked specifics on how his administration would fund the many pledges it made in Manifesto ‘21.

Minnis as prime minister is not who he claimed he would be when he was seeking the top job.

After coming to office, he appointed a press secretary who initially held weekly press briefings, but who often appeared frustrated by the lack of information he was getting out of Cabinet. The press conferences became a monumental waste of time and gas.

Minnis no longer has a press secretary.

The promised quarterly press conferences the prime minister promised never happened, more evidence that he lacked conviction in many of the pronouncements he made in opposition when he seemingly was willing to say anything to win power.

Throughout this term, the prime minister has had a dismissive attitude when questioned by the media. He is often brash and treats reporters, and by extension the public, with disdain and disregard.

They behave like our rulers and appear to forget, or do not care, that they should be answerable to the Bahamian people, who empowered them to handle our affairs in a responsible and transparent fashion.

The Minnis administration’s term comes to a close with many pledges ignored, commitments unmet and questions unanswered.

They blame the COVID-19 pandemic and two major hurricanes for derailing their agenda – in part – but if one were to examine some of those unanswered questions, one would see that they have nothing to do with a lack of funding, but everything to do with the government’s lack of regard for principles of good governance.

Minnis has repeatedly treated the public’s legitimate right to know with disregard.

Take for instance the prime minister’s high-profile firing of Centreville MP Reece Chipman as chairman of the Antiquities Monuments and Museums Corporation in 2018.

After strongly suggesting that Chipman was guilty of wrongdoing of some sort, Minnis said he will not reveal to the public why he axed Chipman.

But Bahamians did not elect the prime minister for him to just leave the “records” for another administration, but to demonstrate at every turn he respects us enough to explain the handling of our affairs, as he acts on our behalf and not on his own.

Similarly, when Seabreeze MP Lanisha Rolle resigned as minister of youth, sports and culture in February 2021 without explanation, the Cabinet Office released a statement saying “certain matters have been brought to the attention” of the prime minister and are “under investigation”.

The statement maligned Rolle. It has been nearly seven months since her resignation. The public never received an explanation. No details were ever given about the so-called investigation.

Many were left with the impression that there had been questionable dealings that led to the resignation.

The prime minister’s subsequent attempt at pulling away from that statement in saying the former minister was herself under no investigation was pathetic at best. The damage had already been done.

While these matters might seem minor in the grand scheme of governance, they chip away at government credibility and ultimately add up to a substantial erosion of trust, which is important in the management of the people’s business.

This erosion of trust has been deepened over the course of the term.

It has been more than three years since Minnis promised to probe issues related to the firing of members of the Bahamas Power and Light Board with a commitment to making a full report public.

Minnis even told the media that a company had been selected to conduct the probe.

It was clear to us at that time that the prime minister made the statement merely to quell the controversy that had erupted over the firings and unfounded, distasteful and disgraceful comments Minister of Public Works Desmond Bannister made about certain former members of the board, in particular, the former chairman, Darnell Osborne.

We did not think at the time of the prime minister’s statement in August 2018 that he would actually make a report on the firings public, so we are not surprised at confirmation that we were getting more hot air from the nation’s leader.

The Minnis administration also ends the term with no formal update to the public on its announced renegotiation of the controversial Oban heads of agreement, signed in February 2018.

Our Guardian videographer was able to capture the bogus signing of that deal, signed in the absence of any environmental impact study, and with a character who ought not be at the same table as our country’s prime minister.

As questions surrounding the Minnis administration’s signing of that agreement swirled, we soon learned that the Oban file had gone “missing”.

There was no report by our transparent government or by the police on the status of the probe into the missing file. Here again, questions linger.

For the government of the day, Oban was an omen. The goodwill with which the Free National Movement assumed office, continued a rapid depletion in the months that followed.

This Minnis administration has talked a good talk on transparency, but its actions and attitude toward matters that require the government to be open leave a lot to be desired.

In addition to the few examples we have given, this has been demonstrated in its failure to table important agreements, like the Town Centre Mall post office lease; its failure to provide a full and detailed accounting on Hurricane Dorian donations and expenditure; its failure to respond positively to requests of the Public Accounts Committee of the House of Assembly, and its failure to provide to the auditor general the names of the beneficial owners of the companies that were paid more than $63 million in pandemic spending.

Transparency and accountability are important in stamping out corruption, fostering good governance and ensuring a vibrant democracy.

We see no evidence that another term of a Minnis-led government would improve on this score. 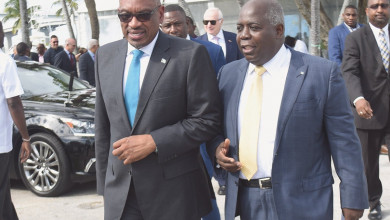 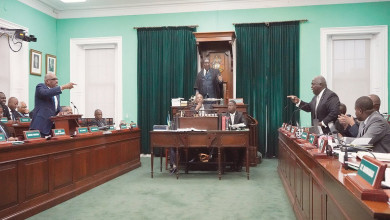 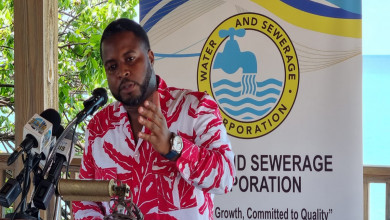