The Bahamas took its first steps toward implementing a global minimum corporate income tax, after the government met with financial industry stakeholders to brief them on the adoption of the OECD/G20 Inclusive Framework on Base Erosion and Profit Shifting.

The Bahamas has agreed in principal to adopt the policy, which calls for the implementation of a global minimum corporate income tax of at least 15 percent.

Speaking to risks to The Bahamas’ financial services sector if the country does not adopt the policy, Attorney General Carl Bethel said the position of the global watchdogs is clear.

“Let me say that I think it was made more than abundantly clear that countries that do not embrace the initiative will be considered as being harmful to the tax base of all other countries that have embraced it,” he said.

“And then on the basis of first of all national and then collective self-defense, there may well be consequences that would flow directly from being perceived or said to be perceived to be a threat to the tax base of a group of countries. I think that’s about as clear as I can make it.”

The two-tier reform proposal, referred to as pillar one and pillar two, seeks to establish minimum tax measures for companies with gross annual earnings above a particular threshold.

Coakley-Wells said in the government’s view, pillar one is unlikely to have an impact on The Bahamas because of the high 20-billion-euro threshold for entities and secondly because pillar one expressly excludes regulated financial services.

He added that the effect of pillar two should be minimal, given that the Bahamian financial services sector focuses mainly on the funds industry, insurance and private wealth management institutions.

“There is an appreciable risk that the increased administrative and compliance burden might deter institutions from operating in The Bahamas, or might encourage them to scale back their operations. Structures implemented by multi-national entities that rely on Bahamian intermediary companies, mostly Bahamian IBCs (international business companies) to secure tax advantages may undoubtedly have less commercial appeal,” Coakley-Wells said.

“However, the converse is also to be noted, given the level playing field and particularly with respect to pillar two and the application of the global minimum corporate income tax, that international companies may seek to operate from within The Bahamas to capitalize on its value proposition – its proximity to the United States, its proximity to well-defined markets such as North America, South America and even with our linkages to Europe and the rest of the world. So this is really an opportunity for The Bahamas to pivot and redefine its value proposition for multinational entities.”

Coakley-Wells said it’s important to note that companies not meeting the threshold, including local companies, are not within the scope of the rules.

“One of the reasons there was the determination that pillar two was of minimal affect is that there are very few companies operating within the jurisdiction that will meet that threshold,” he said.

Minister of State for Finance Senator Kwasi Thompson said despite this new imposition on the financial services sector, the government is looking at the change as a new opportunity for revenue growth for The Bahamas.

“Change always provides you with opportunities and I think that is the approach The Bahamas has to take with this, that we should not look at change in a negative way, but in terms of how can you begin to pivot yourself to take advantage of the opportunities this will bring. One in particular is if we look at pillar one, where there are these large companies in effect providing services in The Bahamas and to Bahamians, yet because they don’t have a physical presence the government is not able to collect any revenue from them,” he said.

The deadline to have the framework completely outlined is by the first week of October, to be submitted to the G20 for its meeting in the second week of October. 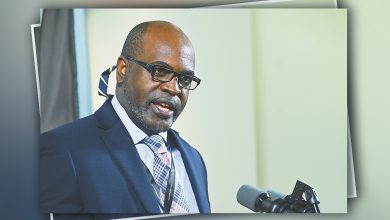 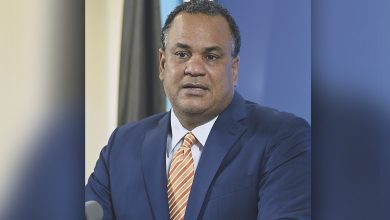 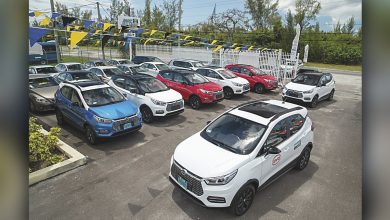