Attorney General Carl Bethel said yesterday that a draft of the Disaster Preparedness and Response (Amendment) Bill, 2019, is being amended to create additional powers for the government.

“The bill is actually being substantially amended as we speak,” he said.

“We’ve determined, as a government, that we wish to have some additional powers, specifically aimed at the restoration period.”

Bethel added, “The amendment that will be presented to Parliament will have more extensive provisions.

He continued, “How does a government marshal its energy, its strength and the kind and hopefully continuing support of the international community in a meaningful way to rapidly restore and reconstruct or assist people in reconstruction or restoration of all that was lost? That is what the new amendment to the present amendment will be designed to seek to achieve.”

The proposed legislation was drafted in the aftermath of Hurricane Dorian – a catastrophic Category 5 storm with a death toll of at least 53.

Should the bill pass, residents in mandatory evacuation zones would be removed from their homes by peace officers and taken to shelters.

Bethel said the government is doing its best to protect people’s lives without impeding on their constitutional freedoms.

“It is not an arrest for the purpose of incarceration,” he said.

“It is a temporary loss of your freedom of movement to save your life. We feel that that is justifiable under the provisions in the constitution, which state a right but allow for some derogation from that right in the interest of public safety, public health, etc.”

He added, “We are going to make our best attempt as the government of this country, having in mind the best interest of the Bahamian people.

“…And if someone makes a legal challenge, then the courts can decide.” 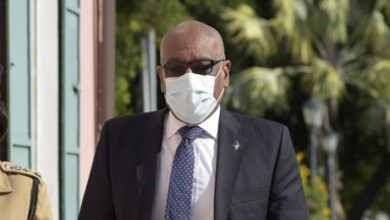 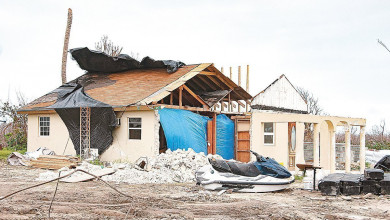 IDB report: Zoning plans can no longer be postponed

Symonette: House should not have met