In the early days of the COVID-19 pandemic, when the world as we knew it ground to a halt, one pastor refused to allow the pandemic to keep her from connecting with the children of her church. Pastor Anastacia Ferguson-Bansie refused to lock down her message, and has since garnered an even greater reach outside her home church in Columbia, Maryland, with Graceville, an online space dedicated to telling Bible stories through animation with guests from around the world.

“I wanted to create a space for children to come and worship God. And I didn’t want it to be where we’re going to the traditional church,” said the Atholton Seventh-day Adventist (SDA) Church associate pastor, where she focuses on children and youth outreach. “I wanted children’s church to be transformed into a place they looked forward to being at.”

Ferguson-Bansie created the Graceville YouTube Channel for her platform. She renamed the children’s church at Atholton SDA Church, Graceville, with the slogan “God’s love is everywhere”, which she would say weekly. She said the children at her church understand Graceville differently than children watching online, and that Graceville is a place, whereas to others, it’s a video.

“The idea behind Graceville is not just wanting church to be a place we go, but something we can be embodied in,” said Ferguson-Bansie who spent the early part of her life in Pleasant Bay, Andros, but was raised on New Providence.

“After the pandemic, we were no longer able to meet together for church, which would have canceled out Graceville. The Lord impressed upon me to still have Graceville.”

She decided to take Graceville online. But at that time, she had never prepared a video before. She reached out to friends to find out how to create videos, did a one-day tutorial and started to work on making Graceville come to life as if she was in church, and give the children the opportunity to connect with her.

Ferguson-Bansie literally started the channel in her living room, rearranging her furniture each time she made a video, and strewing her son’s toys around for a natural background effect. Upon what she thought was the perfect take, she listened to the recording, only to hear her one-year-old screaming.

“It was so hard in the beginning,” she recalled. “I wanted to be like I quit, this is too much work.”

She grew weary early on of what she termed the “nonsense” of rearranging her house every week.

She remembers a friend speaking to her about how much she had going on and asking her what God was calling her to do. It’s a question, she said, she has to go back to when she finds herself cluttered, and one that anchors her.

“I went back and asked God what he wanted me to focus on and I started to weed out. The Holy Spirit said I want you to continue Graceville. I believe in the spirt of excellence, [so] I said if you want me to do Graceville … if I’m going to do this, you have to give me the wisdom and insight on how to upgrade. The Holy Spirit said form a team, so it’s not just me and my husband [Hopeton], go green screen, be able to do more things electronically, and that’s how we got the set.”

In the brief period that she quit producing Graceville, she said she noticed parents were reaching out to her asking for the children’s video. She realized that it wasn’t just God, but people were also asking.

“I came back to it after taking a brief break, regrouping and asking God to help me to grow in the ministry. The Holy Spirit said I have to be consistent and I produced a video every week.”

Graceville caught the eye of Brenda Walsh Ministries and the Seventh-day Adventist Church’s North American division. While she likes being recognized by the entities, she said she is most touched by children who aren’t Adventists tuning in, which she said is the purpose behind the videos and the channel.

“I don’t believe in borders. The gospel is for everyone,” said Ferguson-Bansie. “Because I was passionate about it, I reached out to my church board and said I wanted Graceville to stand alone on its own, because I didn’t want people to feel they have to be Christian or Seventh-day.”

She said children from around the world have been watching, including places she hasn’t even heard of.

“It’s been a blessing to see how God has grown this ministry to be recognized in this arena and have children from all walks of life – all religions, be a part of it.”

Graceville’s target audience is children that are 11 and under. For Ferguson-Bansie, the takeaway for children is a moment with Jesus and understanding a little about who he is and how he wants to be a part of people’s everyday life. She created the character Niko to show that they can apply their faith to everyday experiences, and that there’s a message in scriptures for everything people face.

“There’s always something going on in [Niko’s] life, so we’re also addressing what’s going on in his life.”

Ferguson-Bansie records one Graceville episode per week. She keeps each video within the eight-minute time frame as they are aired in church weekly for story time. And are a resource to keep the ministry of children in the forefront in regular service. She said other churches worldwide also now use her videos for their children in churches.

Children from around the world, including a number of Bahamians, have been featured in the Graceville videos including V’Lori Clarke, eight, who Ferguson-Bansie describes as a “little preacher” when she did the scripture. “She sounded like you’ll better get up and do this with me,” she said.

V’Lori said she was proud to have been a part of the children’s program.

“I want The Bahamas to be known – not just as a tropical country for people to visit, but a place where God is,” said V’Lori who lives on Grand Bahama. “Kids love God, too.”

V’Lori is scheduled to make another Graceville appearance on Friday, May 7.

V’Lori is just one of a number of Bahamian children who have made appearances on the show.

Ferguson-Bansie said it is her prayer that Graceville continues to meet the spiritual needs of children, worldwide. 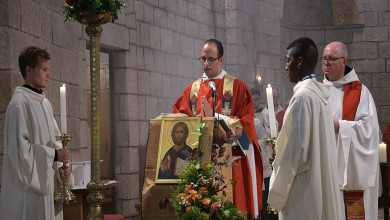 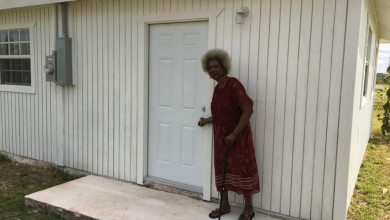 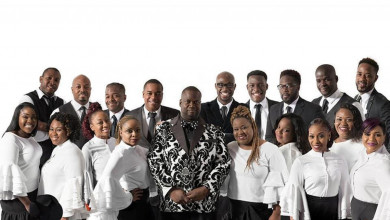 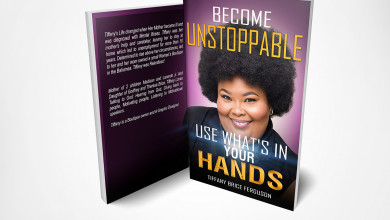