Seven newborns, a shrinking food supply, and rising floodwaters in the Grand Bahama Rand Memorial Hospital during Hurricane Dorian quickly turned Nurse Nicole Morgan into what her colleagues describe as a timely hero. Months after this feat, came COVID-19, a battle requiring the same tenacity and will to overcome.

For exhibiting bravery and selflessness, both Morgan and Sonia Rolle, an inner-city humanitarian in New Providence, have been named CIBC FirstCaribbean Unsung Frontline Heroes.

Morgan and Rolle were awarded an e-check for $2,000 toward a staycation at a local hotel of their choice by CIBC FirstCaribbean.

The bank launched the Unsung Frontline Heroes initiative in August with the aim of identifying those unsung heroes who have shone brightest in the darkest moments of the COVID-19 crisis with the help of the public.

Out of the almost 90 nominations received from The Bahamas, Morgan and Rolle passed the initial screening and vied for the title amongst 39 other worthy nominees, spanning medical personnel, protective services, and community hero award categories.

Nurse Morgan was nominated for her leadership during Hurricane Dorian and unwavering efforts in the fight against COVID-19.

“I worked through Matthew and other hurricanes but Dorian was not a regular storm. We started off in normalcy but things took a turn,” said Morgan.

She and her colleagues had to escape from a compromised room through floodwater, sewage and debris – with seven crying babies – to a trailer attached to the hospital because no upstairs or rafter options existed.

At one particularly distressing point, Morgan had to hide to recoup and gather herself. She turned to prayer, and as she heard her associates calling her name, she wiped away her tears and reverted to being the strong leader amongst other healthcare workers.

Now facing COVID-19, Nurse Morgan said she and her colleagues are in smaller spaces doing their part but with added measures.

“There’s nothing we can do about hurricane-damaged infrastructure but we try to hold it together, practice social distancing and still maintain the medical standards that we were taught.”

Just as with Hurricane Dorian, Morgan said she still faces all the emotions expressed by others but has to keep her cool.

“As we are shuffled around departments due to limited staff, there is a physical and emotional toll.” An example of this for Nurse Morgan is not being able to visit her 76-year-old mother after work due to added caution.

“It’s an intense time for nurses everywhere. You hear a lot of people say ‘that’s what you were trained for’ – but no, we weren’t trained for COVID-19 because we don’t know what COVID-19 is,” she said.

The second winner, Sonia Rolle, became a familiar face to inner-city communities numerous years ago and remains active during the COVID-19 pandemic. Although she remains nameless to the many who have benefitted from her outreach initiatives, her efforts have been titled “a blessing” by residents in areas such as Bain Town, Kemp Road, and Nassau Village.

As donated goods are received by individuals, Rolle drives around these communities handing out a variety of needed supplies.

“I started doing it out-of-pocket but went on dialysis and had to pay for medication,” she said.

From vegetables to clothing, she “pulls up to a scene of 10-20 children and distributes”.

“One particular yard has about 30 children and they rush when they see me because they know I am bringing food,” Rolle said.

“Everybody isn’t a part of the government feeding program and some have not even been seen because they can’t register online and have access to the rapid packages.”

As a regular, she knows who’s who and can account for their individual needs and do her best to meet them.

“‘The joy of the Lord is my strength’ is my motto,” said Rolle.

“What I am doing is for the honor and glory of God. Whatever you do in the dark, He will reveal in the light.”

In the darkest moments of the COVID-19 crisis, Morgan and Rolle have made the fight against COVID-19 and its impact their daily mission. They have shone brightest despite circumstances that have made it difficult to do so.

Paul reportedly traded to the Suns 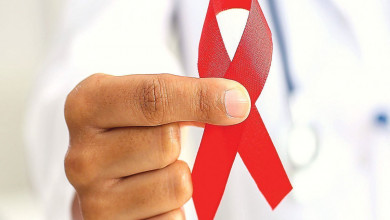 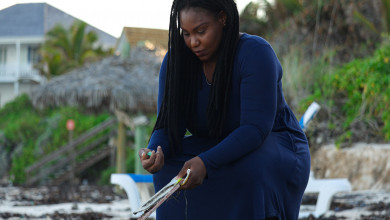 Kristal Ambrose is an environmental hero: One of six Goldman Environmental Prize winners for campaign against plastic waste

Even in the face of this pandemic, God has been gracious to us