Hepburn and his team took down the second-place Chênois Genève Volleyball (10-4) in four sets on Saturday, winning 22-25, 25-19, 25-18 and 25-21. This coming Saturday, they will begin a best-of-five series against TSV Jona Volleyball (7-7), playing game one on their home at Betoncoupe Arena Querfeld, in Schönenwerd, Switzerland. That game will get underway at 2:30 p.m. on Saturday, six hours ahead of Eastern Standard Time (EST) here in The Bahamas.

To finish third in the standings was no easy feat for Hepburn and his team. In the last week of November and through December, they lost five straight matches.

“We’re excited to start the postseason. We’re happy to be a top three team after having a rough end to 2020 – losing five straight. We haven’t lost a game yet in the new year, beating three of the other top teams in the process. We’re looking forward to the playoffs,” Hepburn said.

Although their playoff opponent on Saturday finished as the sixth seed in the standings, Hepburn knows that they can’t take them lightly. For them to win the best-of-five series, he said it will take a total team effort.

In their game against Chenois last Saturday, the Bahamian finished with eight points. His teammate, Ulrich Luca, scored a game-high 17 points.

“Chenois was the second placed team, and although we went into the match in third place, we knew we still needed a win in order to secure our ranking heading into playoffs; but with Chenois already securing second place no matter the outcome of the game, we weren’t sure how they would approach the game, if they would rest their main guys or not. They did, and we were able to win without much resistance in the end,” Hepburn said.

The season has been a learning experience for the 27-year-old, having dealt with a different coaching style for the first half of the season, he said. Hepburn said he is not 100 percent health-wise entering the playoffs, but will give maximum effort.

“I was healthy for most of the season up until our second-to-last game of regular season when I started feeling some discomfort in my left knee and calf. It’s doing better now and I’m receiving proper physio. I’m mentally prepared to have to finish the rest of the season at 70 percent,” Hepburn stated.

Like in the United States of America (USA) and across the globe with the major sporting leagues, the COVID-19 pandemic has changed the way how sports leagues operate in Switzerland. Hepburn, a middle blocker, said they haven’t had fans at their games since November. His team also experienced some COVID-19 issues with a couple players testing positive.

“At the beginning of the season, things were normal,” Hepburn said. “We were playing, living and moving (almost) as normal with some light restrictions in place, but the number of cases started to spike again in October, so different parts of Switzerland changed their COVID-19 rules and now we’ve been playing without spectators since November. We’ve had two or three

positive cases on our team, but everyone has recovered, and we’ve been fine since.”

After the Christmas holidays, the outlook in Switzerland was not positive, as COVID-19 cases were about 5,000 per day. The latest new positive COVID-19 cases brings a level of hope to the European country. There were 1,602 positive cases yesterday – a sharp decline from how it was recently. The Swiss Government is hoping to experience even lower numbers this summer.

This is Hepburn’s second stint in Switzerland. Last season, he played with Lindaren Volley Luzern, in Lucerne, Switzerland. They made it to the playoffs but the postseason was canceled due to the arrival of the COVID-19 pandemic in that country. 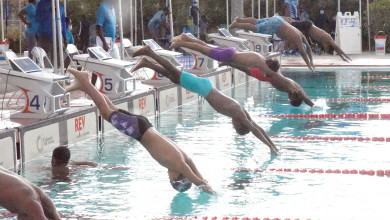 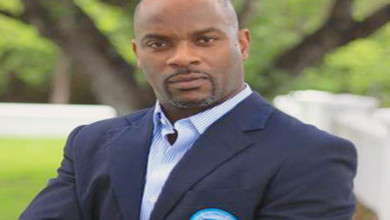