Bahamians can expect to see Sacramento Kings guard Chavano “Buddy” Hield and Phoenix Suns center DeAndre Ayton back on the court in the National Basketball Association (NBA) 2020-2021 season as early as December 22, 2021.

The National Basketball Players Association (NBPA) came to the decision on late Thursday night. The other option was to start the season next year, mid-January. In addition, they also decided on a 72-game season.

According to the NBPA statement: “Additional details remain to be negotiated and the NBPA is confident that the parties will reach agreement on these remaining issues relevant to the upcoming season.”

Both Bahamian players have a promising season to look forward to as their respective teams were among the 22 teams invited in the NBA bubble restart back in late July. Ayton and the Suns have more to look forward to as they ended bubble play with a perfect 8-0 win-loss record and just shy of playing in the play-in tournament for the Western Conference’s eighth-seed. For Hield, they have a new general manager in Monte McNair who will look to get them into the playoffs this season.

Rumors have been going around the basketball world stating that Hield wants out of Sacramento, but the Kings have stated that he is a part of their future plans. His new four-year, $94 million contract extension kicks in this season.

As seen on social media, the guard has already began putting in work in the off-season for the upcoming season.

The Kings were able to finish with a 3-5 win-loss record in the bubble and a 31-41 overall record on the season to finish 12th in the Western Conference. They have not made the playoffs since the 2005-2006 season when Rick Adelman was the head coach.

Hield averaged 14.3 points, 2.8 rebounds, two assists and 3.4 three-pointers per game in the bubble. He shot 42 percent from the field and 38.6 percent from deep.

The sharpshooter started the first 44 games of the season, but was demoted to the second unit on January 24 after the team went on a downward trend. It was a move that did not sit well with Hield, but he continued his high level of play.

The 6’4” guard had a respectable season. He averaged 19.2 points, 4.6 rebounds and three assists in a little over 30 minutes per game. The fourth-year guard shot 42.9 percent from the field and 39.4 percent from distance. He hit 271 three-pointers in a shortened season and was on pace to surpass the franchise record of 278 three-pointers that he set last season before COVID-19 swooped in and shortened the season. He played in 72 games. On January 27, the three-point specialist scored a career high 42 points against the Minnesota Timberwolves.

In addition, Hield is the reigning NBA Mountain Dew Three-Point Contest champion as a reward for his marksmanship from deep.

He tested positive for COVID-19 in late June, which interrupted his preparations for the NBA bubble restart back in late July.

Ayton started his sophomore year with a huge performance in a 124-95 win against Hield and the Kings in October 2019. In that game, he finished with 18 points, 11 boards, four blocks and one steal. He went 9-for-14 from the field to shoot 64.3 percent.

After that game, it got tumultuous for the Bahamian big man, as he was suspended for the next 25 games of the season for violating the league’s anti-drug program. He returned to action on December 17, 2019 in a 120-99 loss against the Clippers.

However, right before the league suspended play in March due to the COVID-19 pandemic, he sat out three games with an ankle injury. In total, he missed 10 games due to injuries this past season.

The Suns finished the bubble restart with a perfect 8-0 record – the only team that did that feat. The number one pick in the 2018 NBA Draft finished the bubble averaging 15.0 points, 9.5 rebounds and 53.5 percent from the field per game. He also averaged 30 minutes per game in the bubble and remained healthy as he showed why he is one of the best young centers in the league.

The Bahamians are in a tough Western Conference. To make their upcoming season more challenging, they are in the same Pacific Division that includes the reigning NBA Champions, the Los Angeles Lakers, and the 2019 Western Conference Champions, the Golden State Warriors, who are fully healthy and dangerous. They have to play them four times in the season.

The NBA Draft is set for November 18 and training camps will set to begin on December 1. Free agency will get underway sometime between those dates.

University of The Bahamas eyes strategic priorities in new norm 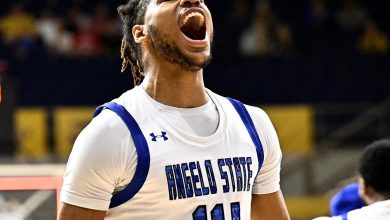 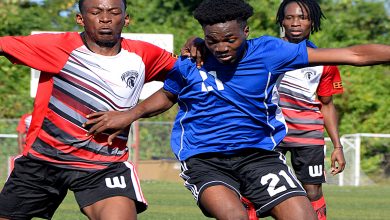 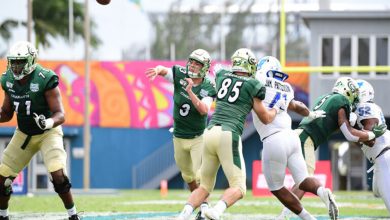