It’s been a rewarding week for Bahamian professional women’s basketball player Lashann Higgs as she earned the player of the peek award in Liga Femenina Endesa (Liga Dia) action in Spain.

Higgs helped lead her team Embutidos Pajariel Bembibre PDM (6-17) to a 79-75 double overtime victory over Campus Promete Logrono (7-14) on Sunday, dropping in a season- and game-high 31 points, including 12 points in the second overtime session. Higgs and Bembibre overcame a feisty opponent, and they did it on the road, playing at the La Rioja Sports Palace in Logrono, La Rioja, Spain. In their precious game, they knocked off Durán Maquinaria Ensino, 68-65, and now enjoy their first two-game winning streak of the season. Higgs had nine points, four rebounds and a steal in that game. There are just five more games remaining on the schedule, and Bembibre is ranked at number 14 in the league.

In addition to those points on Sunday, Higgs was able to grab seven boards, and had one steal and one assist. She made 10 of her 14 free throw attempts. The former University of Texas Longhorns’ guard finished the game 10-for-22 and made one three-point shot. Higgs’s teammate Julia Gladkova was the only other player to score in double digits for Bembibre, finishing with 20 points.

Harbour Island native Higgs and her team had to withstand the scoring attack of Promete’s Laia Flores and Lyndra Weaver. They scored 20 points apiece.

In the first quarter, Bembibre surged ahead 13-8, attempting to take control of the game. In the second quarter, Bembibre continued to put on a good show, outscoring their opponents in that quarter 17-14 to go into the half with a 30-22 lead.

Coming out of the intermission, Promete Head Coach Cesar Aneas had his team playing better. They held Higgs and company to just nine points in the third quarter. The home team outscored Bembibre in that quarter 18-9 to take a 40-39 lead heading into the final period of regulation.

The fourth quarter went down to the wire and the game went into overtime tied at 59. In the first period of overtime, both teams could not break a deadlock as they found themselves tied at 65 setting up another five minutes of play.

It was in the second overtime session when Higgs took over and put the team on her back as she scored 12 over her team’s 14 points in that period. She led the team to victory as Promete had no answer for her scoring flurry.

This is Higgs’ first season playing on the professional circuit, but she is leading her team with 16.3 points per game in 23 games this season. Higgs is ranked third in the league in scoring. She is also averaging 4.7 rebounds and 1.2 steals per game. She is very efficient from the field, shooting 53.2 percent on the season in 27.5 minutes per game.

The Bahamian and her team return to action on Saturday when they play 15th place Nissan Al-Qazeres Extremadura (4-18) at home at Bembibre Arena in Bembibre, Spain. Tip-off is set for 7 p.m., six hours ahead of Eastern Standard Time (EST) here in The Bahamas.

David set to take on Goliath 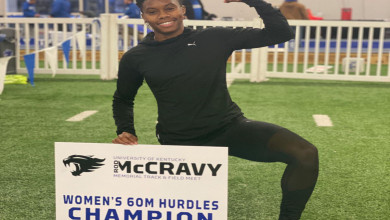 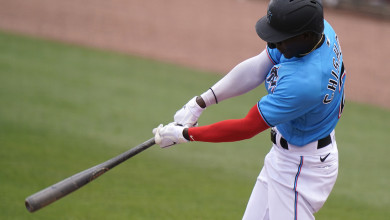 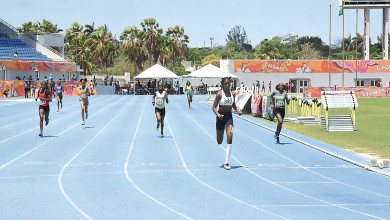 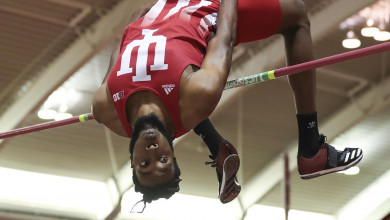