In response to record surges of new COVID-19 infections in the United States, director of the U.S. National Institute of Allergy and Infectious Diseases Dr. Anthony Fauci recently indicated that the country was “going in the wrong direction” with the virus.

States like Florida which had initially announced a flattening of the curve, are now experiencing record surges in the daily numbers of new infections.

U.S. experts say the nationwide surges in cases represent a real increase in infections because the percentage of infections is increasing as the number of tests increase.

Assessing Mexico’s struggle with surges in infections, infectious disease experts point to the country’s decision to only test the sickest of symptomatic residents as “a mistake” that weakened the country’s ability to stem the spread of the virus.

Current developments are a testament to the stealthiness of the COVID-19 virus, as well as the need to ensure that widespread testing, together with contact tracing, remain at the forefront of the pandemic response.

During last week’s Ministry of Health press conference, consultant Dr. Merceline Dahl-Regis stressed the importance of identifying new COVID-19 infections in The Bahamas now that the country’s borders are open to commercial travel from hotspots including the U.S.

But Dahl-Regis also advised that widespread testing for COVID-19 is not anticipated at this time.

It is reasonable to deduce that Prime Minister and Minister of Health Dr. Hubert Minnis’ recent remarks to Parliament that widespread testing in The Bahamas is not necessary, represent the likely impetus that brought a halt to what was the ministry’s previously stated intention to expand testing in the country.

Be that as it may, failing to expand the focus of testing to the screening of workers who are in consistent contact with guests to our shores, could result in the government missing critical opportunities to identify new infections and prevent them from mushrooming into outbreaks on islands throughout the country.

When The Bahamas confirmed its first COVID-19 case back in March, community spread was quickly suspected by health officials because patient zero could not be identified.

This resulted in subsequent emergency orders and the lockdowns that arose from them, which Bahamians do not wish to return to.

A critical purpose of the government’s execution of emergency powers, ought to have been to give itself time to build capacity necessary to manage its COVID-19 response through the country’s ordinary legislative framework.

It is not known whether sufficient supplies exist within the public health system to conduct COVID-19 testing on demand, though the private sector is enhancing its capacity to provide this facility, with Doctor’s Hospital announcing same-day PCR testing with a capacity of conducting 12,000 tests per month.

When The Bahamas took the position that widespread testing was not necessary, it was working with a reality of closed borders and the protection it provided; that no longer exists.

Failing to adjust to the new risk profile of open borders by ramping up testing could increase risks to a population that likely has limited immunity to COVID-19 due to months of lockdowns, and where a large percentage of adults suffers from at least one non-communicable disease listed as a risk factor for serious COVID-19 complications.

New cases in the region

Since the opening of their borders to international traffic, countries in the region which had contained the spread of COVID-19 are now reporting marked increases in cases, all of which are imported from tourists and nationals traveling from the U.S.

Countries such as Jamaica, Antigua and Barbuda and Barbados were able to identify these cases due to their entry policy of testing on arrival.

Jamaica has recorded 48 imported cases in the last three weeks, and since its border opening on June 4, Antigua and Barbuda recorded 39 newly imported cases as of June 24.

After reporting no COVID-19 cases since June 14, Barbados reported the import of a case from a repatriation flight from the U.S. this past weekend.

Last week, TCI reported 12 new cases over a 24-hour period, which officials there believe to be the result of a gathering where contacts of a case reported on June 25 were likely exposed.

Haiti recorded over 6,200 cases as of yesterday and 113 deaths, including the recently reported death of child.

And recent spikes in COVID-19 cases in Guyana are prompting new lockdowns and widespread testing in affected communities.

During last week’s press conference, Managing Editor of The Eleutheran newspaper Elizabeth Bryan raised concerns about the lack of protective apparatus at the island’s international airports, inclusive of plexiglass shields, sanitation facilities and a quarantine room for travelers suspected of being ill.

Bryan also questioned authorities on reports of a change of policy that requires immigration officers at the island’s airports to first contact the Ministry of Tourism, rather than a doctor or nurse at the Ministry of Health, if a visitor arrives with a suspected health issue.

While officials asserted that immigration officers know to make health officials their first point of contact under such circumstances, concerns regarding the lack of sanitation and safety facilities were not addressed.

While strengthening mitigation resources at the country’s busiest airport is of course necessary, Family Islands are least able to manage a COVID-19 outbreak, and, as such, greater focus ought to have been placed on ensuring that residents on these islands who are subject to the same quality of risks as those in New Providence have access to comparable levels of protection and mitigation.

Questions have emerged on why the government has permitted Bahamasair to abandon social distancing protocols so as to fly at full capacity, while public transportation operators are ordered to operate at a maximum of 50 percent capacity.

No explanation from the competent authority has been provided for this.

Meanwhile, scientific debate continues on whether the novel coronavirus is airborne, with 239 scientists from 32 countries penning an open letter to the World Health Organization (WHO) pointing to prevailing evidence, and calling on the international body to revise its guidance which states that airborne transmission is only possible after medical procedures that produce aerosols. 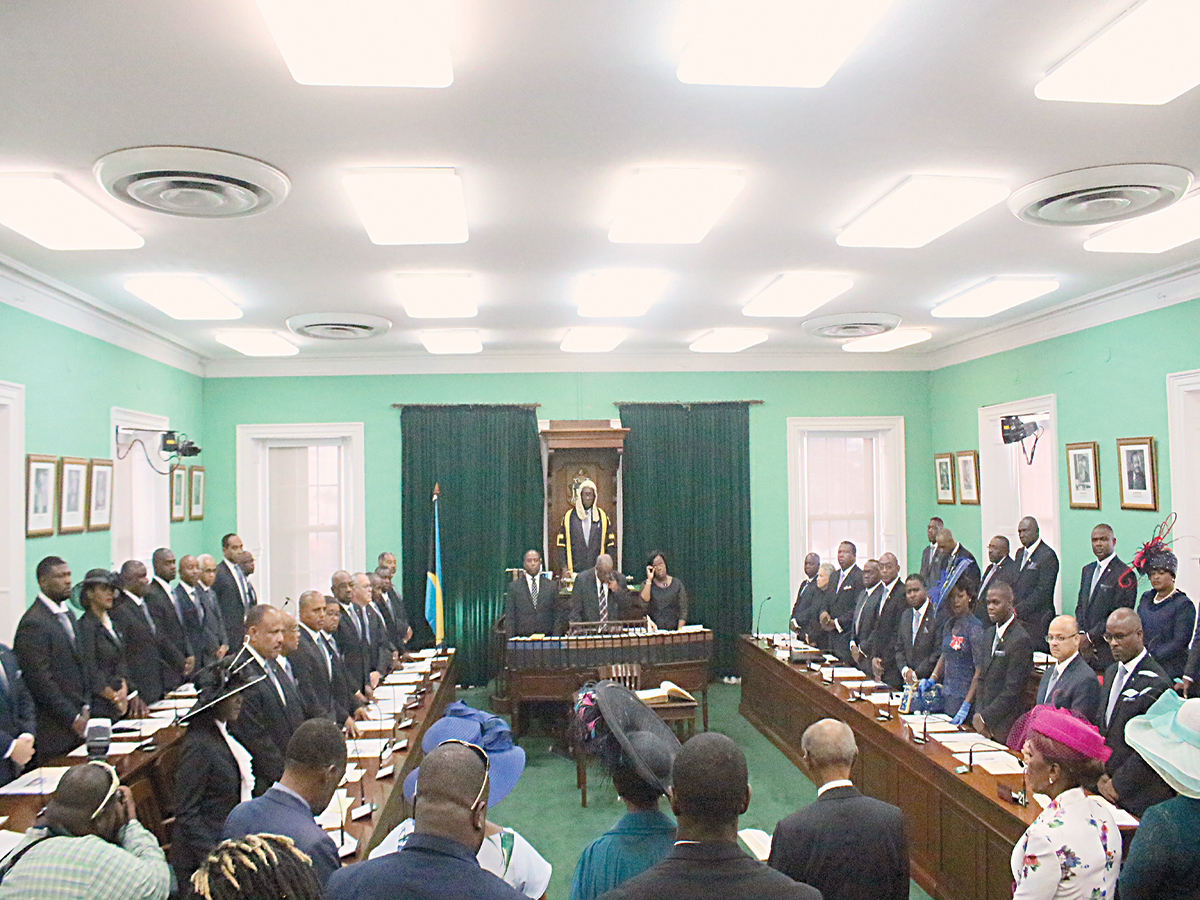 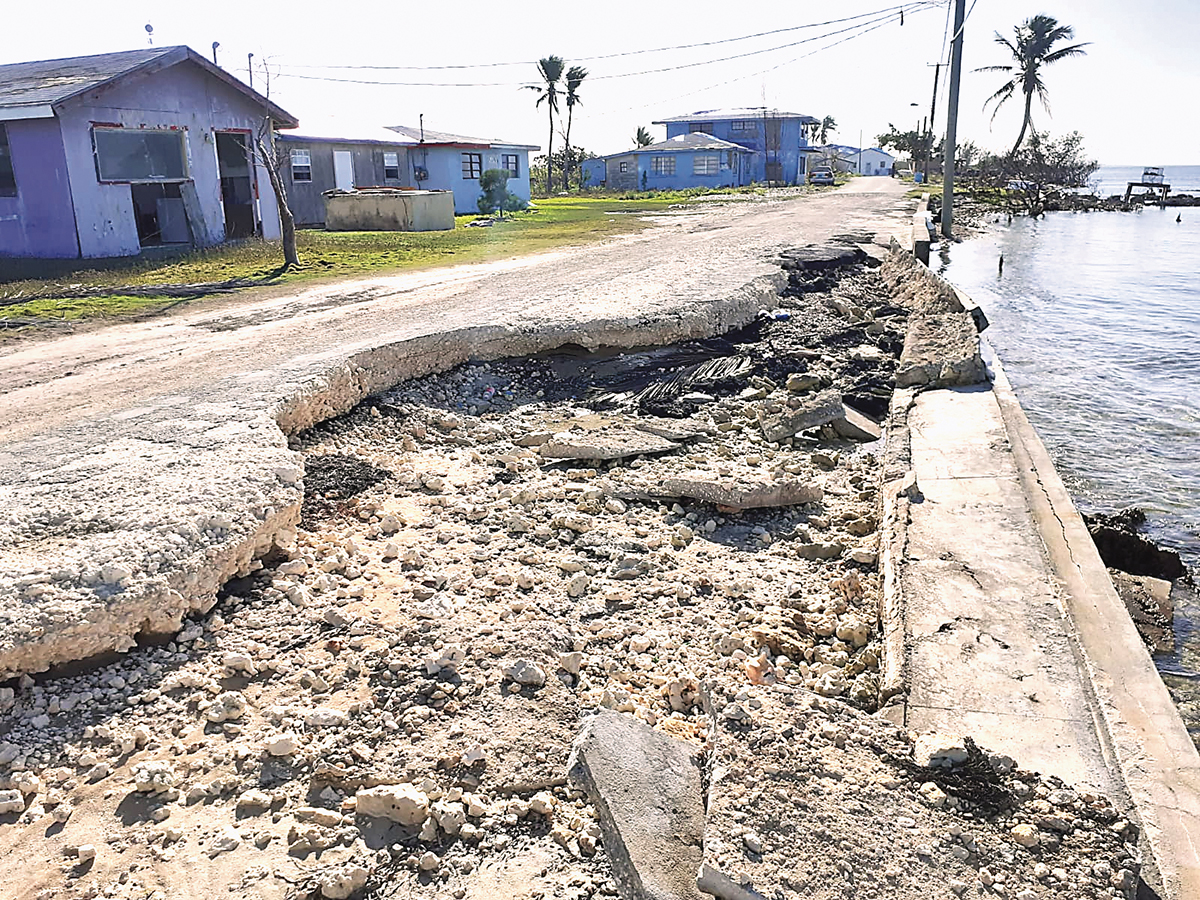