Incredibly, we are just over a week away from a general election, which is taking place amid soaring COVID-19 infections and an unrelenting and chilling increase in the number of deaths being recorded.

We are living in a kind of Twilight Zone where it is impossible to comprehend why anyone would think it a good idea to have campaign events and allow thousands of people to head to the polls in these most perilous of times.

Though our political leaders claimed protocols would be followed, large numbers of people have been congregating on multiple islands, many without masks or with ill-fitting masks – signaling that COVID numbers are likely to worsen in the coming weeks.

With the advanced poll just one day away now, we have not even been informed by the parliamentary commissioner or anyone else what the health protocols will be for the election; and the government and parliamentary commissioner continue to skirt the issue of quarantined voters without any clear statement being made about the obvious disenfranchisement of thousands of Bahamians.

As they continue their push toward the finish line seeking to convince voters why they should be elected to govern our country over the next five years, our leaders at times seem to be living in an alternate universe.

Seeking to project a confident image, Prime Minister Dr. Hubert Minnis has danced across the rally stage and continues to employ his tired tactic of attacking the reputation of Progressive Liberal Party (PLP) Leader Philip Brave Davis, invoking the electorate’s fears over corruption and promising a better future under the Free National Movement (FNM), while failing to address matters of concern in his own administration.

Davis, for his part, appears to be staying above the fray, although he, too, struggles to be convincing in his contention that he and the PLP would usher in “a new day”.

The truth is, no matter which party is elected on September 16 to govern The Bahamas, our problems are so grave, the task so monumental, that it would take a long time and require great sacrifice on behalf of Bahamians to begin to turn our economic fates around in any meaningful way.

Whether they are anxious for change or wish to give Minnis and the FNM a new mandate, Bahamians ought not be fooled into thinking their personal circumstances would see immediate improvement anytime soon based on who they elect in eight days.

The “Fourth Quarter Fiscal Snapshot and Report”, released on Sunday night by the Ministry of Finance, provides a sobering picture of the depth of our fiscal crisis.

While revenue intake surpassed the projected amount by $110.1 million, revenue for the 2020/2021 fiscal year was still down by $226.5 million when compared to the previous year.

The fiscal deficit widened to $1.3 billion “due to the economic impact of the COVID-19 pandemic curtailing revenue receipts and related policy measures increasing expenditure to support various social assistance and employment support programs”.

The national debt rose to $10.35 billion. Gross borrowing was at $3 billion.

In other words, we are broke. We are burdened and we are in a bad way.

There is no wiggle room for any administration.

The fiscal report was released only days after both major political parties released pretty plans packed with promises, but no clear indication of how they would fund the various initiatives.

The PLP also pledges in “Our Blueprint for the Future” to provide “additional VAT relief”, although no specifics are given.

That would all have to be paid for by an increase in revenue elsewhere or by a corresponding cut in spending.

Speaking at the PLP’s virtual rally on Saturday night, Davis pledged, “A small cut in VAT for at least a little relief, a raise in the minimum wage because the cost of living keeps going on up [and] major new initiatives to drive energy costs down …”

Davis reasoned, “People need a little relief from the pain. We do need to raise revenue, but we are going to do it by making sure that high-end properties pay the real property tax and making certain commercial and foreign-owned properties are on the register and property valued for tax purposes.”

The PLP also pledges to “prioritize increasing revenue” and transform the tax system to make it more equitable and progressive.

It said it would “stop financial leakage in our public sector, including insider deals”.

The PLP also commits to “build a new hospital on New Providence, through public-private partnership, with simultaneous improvements to conditions at Princess Margaret Hospital”. It also promises to build a new hospital on Grand Bahama and pledges to beef up healthcare infrastructure throughout the Family Islands.

It also pledges to fully implemented National Health Insurance (NHI) though it does not say how it will pay for it.

Though its big-ticket pledges made in 2017 are largely unfulfilled, including pledges that would not have involved any great expenditure of public funds, the Free National Movement (FNM), too, is making major promises as it seeks the public’s endorsement for a new mandate.

The FNM promises to construct a new six-story, 96,000 square-foot tower at Princess Margaret Hospital and complete the expansion and modernization of the Rand Memorial Hospital in Freeport, Grand Bahama, by constructing a new four-story tower. It said it would ensure the availability of doctors on every Family Island.

The PLP leader has entered a controversial pact with the unions pledging that their major issues would be addressed by a PLP administration.

For the most part, the concerns of the unions are directly tied to money matters. But state-owned enterprises (SOEs) are broke and are a drain on the public purse.

In May, the prime minister reported that the government had to “substantially increase” its support for several SOEs to permit them to weather the economic downturn caused by the pandemic and to keep their staff fully employed. As an example, the government provided $34.5 million to Bahamasair.

The government has had to borrow to meet critical commitments across the public service, including paying salaries.

But the demands of unions are unrelenting.

Healthcare workers deserve to make more, as do teachers, but where exactly is the money going to come from to meet all the demands?

In our crystal ball, we see union leaders being upset no matter which party is elected to govern.

If Davis is elected, it probably would not be long before the unions are demonstrating outside Parliament, accusing the PLP of betrayal.

Using cautious language in its plan, the FNM said it would “continue to work with public service unions for the benefit of public officers”.

The reality of our very dire circumstances is there is very little that any prime minister or any finance minister can do to appease the unions.

The most immediate concern of any administration in the next term will be to get our COVID crisis under control.

The current administration has finally secured enough vaccines so that all who want and are eligible may get vaccinated for free. Vaccinations play a significant role in reducing the tremendous strain on our healthcare resources; they save lives.

Bahamians will need to take the vaccine in larger numbers to have a meaningful impact on our healthcare crisis. As of September 4, 59,002 people were fully vaccinated.

As part of its COVID Action Plan, the PLP pledges the equitable distribution of vaccines, but that is already in place.

It said it would expand testing and tracing and provide free testing “for Bahamians exposed to infection”.

Both parties pledge to increase hospital capacity. This is critical, but it would be challenging given the dearth of healthcare workers in the country.

The FNM for its part pledges to acquire equipment to conduct in-country analysis to determine the presence of variants of SARS-COV-2; provide the National Reference Laboratory with the resources needed to continue expanding its testing and analysis capacity and set up a coordinating group in the Ministry of Health to oversee the acquisition of therapies and treatments for people suffering from the long-term effects of COVID-19.

Those are all things the FNM administration could move on today, if it wanted to.

Both parties make similar pledges like establishing a medicinal marijuana industry and establishing and resourcing a Sovereign Wealth Fund.

The PLP says it will “phase in a livable wage and push for a minimum wage”.

The FNM says it will “review” an increase in minimum wage.

Both pledge to empower Bahamian entrepreneurs. Every party does that in the lead up to every election.

The PLP says it will create a Ministry of Natural Resources and assess the value of natural resources throughout The Bahamas.

The FNM says its Sovereign Wealth Fund would be “a vehicle for public-private partnerships in order for Bahamians to economically benefit from our natural resources and to invest in infrastructure development and to provide a source for the generation of future wealth”.

Both parties essentially cover the same ground in their plans.

We believe – as former FNM Chairman Darron Cash opined this week – that the coming election will largely be a referendum on Hubert Minnis, how voters feel about his performance to date and whether they trust him and the FNM to steer us through the most challenging crises of a post-independence Bahamas — hurricane rebuilding, preparation for more monstrous storms, economic growth, energy reform, and COVID management.

The stakes for sure are very high.

No matter who emerges victorious, there are no magic fixes for what lies ahead. 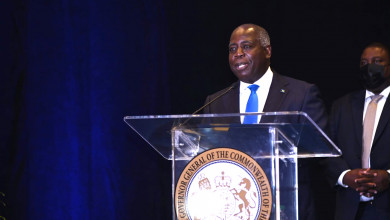 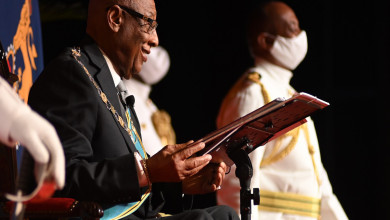 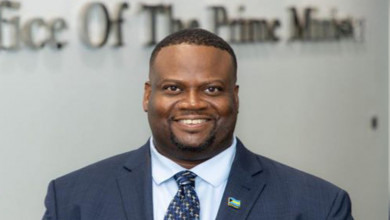