A stage play that shines a hilarious spotlight on our everyday struggles is returning to the Dundas Centre for the Performing Arts this fall.

In November, Shavanti Smith, a local playwright and producer, brings “Haven” back to the stage. It’s a comedic play that could best be described as a hybrid of Ice Cube’s “Barbershop” and Tyler Perry’s “Big Happy Family”.

The faith-based production is set in a barbershop-salon where regulars come to enhance their outer appearance, but end up getting renewed.

It stars actors Tyrone “TJ” Burrows Jr. as Benjamin Haven, the head barber who owns the salon, with his wife Michelle Haven, played by Rudina Miller.

“The name ‘Haven’ is threefold. It’s the surname of the main protagonists in the story, it’s the name of the barbershop-salon where people go, which also turns out to be their safe place, and the Havens are who these people turn to for sound advice. They get that patriarchal and matriarchal warmth that I think a lot of us are searching for,” said Smith.

“‘Haven’ is special because it shows the complexity of the familial relationship of co-workers and persons we encounter every day. We all, in some way, try to enhance our appearance whether it’s through makeup, hairstyles or some sort of grooming. That entire process gets us comfortable with the people who provide those services to us – our barbers, our hairdressers, our nail techs, even the radio personalities that we listen to every day. They all receive a piece of our inner thoughts,” said Smith.

Smith is no stranger to the stage. Her first play – “Judge Linda: In Da Brethren Court”, which presented two court cases: Adam & Eve versus The World and Samson versus Delilah – was well-received by audiences.

That success led her to create “Haven”, an idea that she says came from a higher power. “In 2014, God inspired me to do ‘Haven’. I know it sounds unusual, but literally the idea was placed in my spirit. I immediately wrote it down and began fleshing out the possibilities. I did a lot of research,” she said.

“I was especially encouraged because my first play did so well. The turnout was more than we expected considering the little promotion we did. To this day we still have persons speaking about the stage play with anticipation of an encore and the actors are still quoting a lot of the lines. When you get over the hump of the first it gives you the hunger to do more and to level up.”

Michelle Bassett serves as the head director and is assisted by Green; Charles Tucker and Moss serve as the music director and choreographer respectively.

“The chemistry amongst the cast and our team is phenomenal. The audience will be able to relate to more than one character – we’ve got sassy characters, prissy characters, of course nosy characters. Basically, all of the people you would find in a barbershop-salon,” she said.

“The storyline hones in on love among a group of people who have funny interactions in a confined spot. It’s filled with laughter, self-reflection and also features original music. We have new additions and the main cast came back to do our second showing of this play, so if they believe in this stage play enough to return I can guarantee you that this is the one to see. They’re going to show off and show out.”

Smith says she was influenced by Tyler Perry, who is one of her favorite producers.

“I’ve watched and analyzed a lot of his stage plays, keeping a close eye on his stage design, the lighting, even the way he uses music and how he weaves in and out of the lines to make himself, his cast and even the audience more comfortable,” she said.

“His use of ministering through this form of entertainment took him to the next level. His stage plays deal with real life and have real lessons, not to mention a lot of laughter. I want to do the same with my plays.”

“Haven” will run November 29-30 at the Dundas Theatre.

Tickets are on sale at the Family Matters Supermarket on East Street South and at Odav & Co on Rosetta Street, Palmdale. Theatregoers may also call 477-7075 to have tickets delivered.

For more information and to see the cast, visit Haven Stageplay on Facebook or email havenonstage@gmail.com. 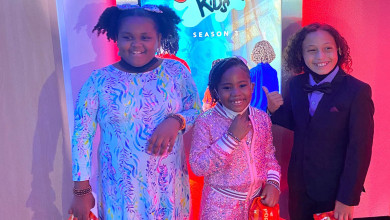 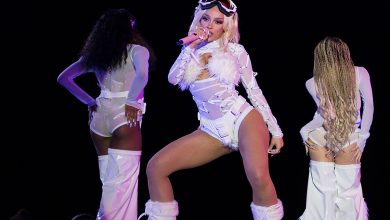