Michael Dawkins Jr. and his family are coming to terms with the fact that they may never recover the remains of his father who died on Abaco during Hurricane Dorian.

Michael Dawkins Sr., 64, died in floodwaters during the monster Category 5 storm that ravaged parts of that island and Grand Bahama earlier this month, his son said.

The younger Dawkins, 41, who resides on New Providence, said he learned of his father’s death from his father’s girlfriend, who said they stayed on Abaco during the storm.

He said the woman told him that during the storm, water started to seep underneath the front door of their home.

He said they both tried to block the water with towels, but they were no match for the storm surge that came in, blowing out all of the windows, and rushing seawater into the house.

He said: “I understand that the water was up to their neck.”

He said the couple had no choice but to swim through the storm.

Dawkins said as they tried to escape the roof caved in and a piece of wood hit his father on the head.

“She (his father’s girlfriend) said that even after that he continued to swim, but after a while he told her that he couldn’t make it anymore,” he said.

“She said she turned around to help him, and while helping him she saw him pass and foam came from his mouth. She said there was a second storm surge, and that surge actually took him out. It’s sad to say, but up until now he still hasn’t been found.”

While Dawkins said his family members generally have a “tough exterior”, he is certain they are feeling the sting of their father’s death.

He said the last conversation he had with his father was on Father’s Day, when he wished him well and thanked him for raising him and being his father.

He said he was unable to reach him before the storm because his father was always losing his phone.

He grew up in Murphy Town, Abaco.

His father was affectionately known to the community as “Old Mike”, and Dawkins said that while his father was short in stature, he had a towering personality.

He said: “Anywhere he went people loved him… Everyone knew him. He was the life of the party. You know, once he goes some place he’s going to make it live. That’s just the type of person he was. You know, there was really never a sad day around him.”

He said he has since received an outpouring of condolences and kind words from friends, family and those who knew his father.

“It’s just overwhelming. Sometimes I want to just wake up, and realize this was all a nightmare, but this is reality,” he said.

“I guess no one wants to lose their parents, but I never thought that he would go out like that. It’s, like, unthinkable. I guess no one could’ve really prepared themselves for this hurricane. It’s very crazy.”

He continued, “He taught me how to work hard. He also told me that life can be hard sometimes, but you have to roll with the punches. Don’t give up. So, he always taught me how to persevere.”

Dawkins explained that his cousin, who works for the coroner, has been working on Abaco in the aftermath of the storm, but has not been able to identify his father’s remains.

“He was saying at this point, to be honest, they may not even find him…because of certain things,” he said.

“They even had sharks up on the land. So, who knows what really happened under those circumstances.”

Dawkins said that he and his family will wait for another two weeks, and if his father is not found, they will move forward with a memorial service.

Only six of the 47 individuals that died from Abaco have been identified thus far, according to Minister of Health Dr. Duane Sands.

Girl, 17, tells of horror that was Dorian

More COVID-19 tests conducted at Doctors Hospital than in public health system in Aug. and Sept. 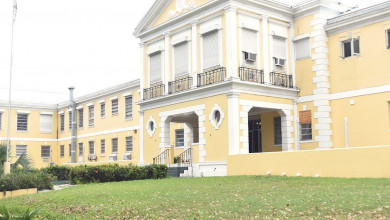 PHA calls on families to collect loved ones’ remains from morgue 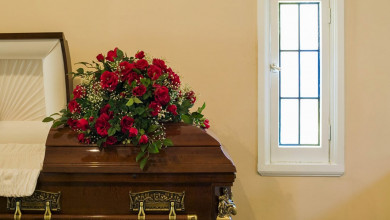 Pandemic driving some families to put off burying loved ones