A new International Monetary Fund (IMF) working paper has revealed that China has channeled more than $4 billion into Caribbean-based offshore financial centers (OFCs), including The Bahamas.

The paper, titled “Chinese Investment in Latin America: Sectoral Complementarity and the Impact of China’s Rebalancing”, revealed that in 2019, Latin America and the Caribbean (LAC) attracted US$6.4 billion in foreign direct investment (FDI) from China, accounting for five percent of China’s total outward FDI.

Specifically, US$4.3 billion of that amount was registered as outflows to OFCs such as the Cayman Islands, British Virgin Islands and The Bahamas.

The figures were derived from official data published by the Chinese Ministry of Commerce.

“From LAC’s perspective, when including OFCs, Asia – and particularly China – accounts for almost a third of LAC’s inward FDI stock, followed by Europe and the US, with shares of 30 percent and 20 percent, respectively,” the IMF paper notes.

“When excluding OFCs, however, the share of Asia in LAC’s inward FDI stock accounts for just four percent, indicating that a large portion of Asian investment to the region is channeled through OFCs.”

The IMF paper notes that in most cases, those OFCs were not the final destination of the funds invested.

While China remains a strong trading partner with The Bahamas and the Caribbean, the figures in the report indicate just how much of an impact the nation has on other segments of the local and regional economy, including investments.

“Over the last decade, China’s investment in Latin America and the Caribbean (LAC) has increased substantially in volume and become more diversified from natural resources to other industries. Using cross-border mergers and acquisitions data, we demonstrate that since the mid-2010s, China’s overseas investment has tilted toward sectors where China has a comparative advantage in the global markets, a trend similar to that of other major foreign direct investment (FDI) source countries,” the IMF states in the working paper.

“Moreover, China’s rising overseas investment can be linked to the rebalancing of the Chinese economy and LAC stands to benefit from its complementarity vis-à-vis China in sectors where the rising Chinese overseas investment can be met with LAC’s own investment gaps. The COVID-19 pandemic could have a long-lasting impact on global value chains and FDI flows, which poses both challenges and opportunities to LAC in attracting FDI, including from China, to support the region’s economic development.”

Though down because of the COVID-19 pandemic, trade between China and The Bahamas amounted to $353 million, with The Bahamas importing $280 million and exporting $73 million in the past year.

The paper comes two months after a four-star US general warned that China is attempting to use its influence in The Bahamas by offering large-scale economic investments and material support for infrastructure projects.

The Chinese Embassy in The Bahamas responded by reaffirming that China has been committed to developing “friendly and cooperative” relations with Caribbean countries on the basis of mutual benefit and has no intention to pursue geopolitical advantage in the region, nor seeks to replace anyone’s predominance in any part of the world.

Port CEO on home porting: We will enjoy this for as long as it lasts

Report: NIB must diversify from investing in govt bonds

The Bahamas lagging behind region in tourism rebound 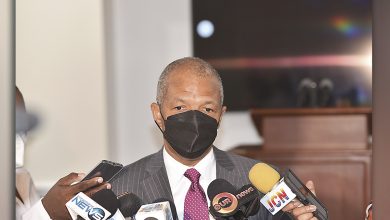 LaRoda: The Bahamas could qualify for more grant funding 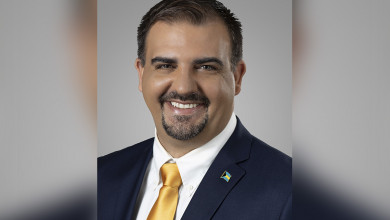