IsraAID Bahamas is preparing to close its office in Grand Bahama at the end of June, nearly three years after being one of the first NGOs on the ground after Hurricane Dorian in September 2019.

“While the office will be closing, the projects and programs that were implemented during our time here will continue,” said IsraAID’s Bahamas Program Manager for Community Center Projects Valerie Seymour.

IsraAID’s initial projects were distribution of potable water to the storm-affected islands – Grand Bahama and Abaco; creating child-friendly spaces for children impacted by the devastating storm and training for school psychologists to assist them in dealing with the trauma their students experienced.

Over time, IsraAID expanded its community efforts with programs targeting youth and seniors in the West Grand Bahama District.

The organization formed a partnership with the Church of God of Prophecy (COGOP) in Pinedale, Eight Mile Rock, converting a portion of its cafeteria into a community center.

“We have been working with the Church of God of Prophecy in Pinedale for the past two years, putting a number of projects and programs in place,” Seymour explained.

The programs include after-school classes for primary school-aged children; computer, math and English classes for students and adults; coffee hour for seniors; a youth music program and emergency disaster training.

“They run daily and on weekends,” Seymour said.

“For instance, the music program is twice a week – Mondays and Wednesdays. The computer classes, youth and seniors, are on Saturdays, and the math and English classes are on Tuesday and Thursdays.”

Additionally, IsraAID facilitated a six-week capacity leadership training course for the church’s administrative team and congregants in preparation for handing over the administration of the programs solely to the church.

To date, IsraAID has provided $400,000 for the programs at the community center.

“From the very beginning, when we come into a country, we are thinking of our exit,” said Seymour, who is one of eight on an all-Bahamian team working at IsraAID’s Grand Bahama office.

“So, presently, as we prepare to close the office, we are transitioning some of the roles and responsibilities that were a part of our team, into the church’s hands. The whole logistics, program management, finance – all of this is going to be with the church’s team.”

IsraAID’s partnership with the local congregation was not a haphazard decision.

The church was selected following a needs assessment process, where discussions were held with community leaders throughout West Grand Bahama to determine which area would benefit from a community center and outreach programs.

“We … had conversations with these leaders, understanding what their existing programs were, what kind of physical assets could be used, what kind of personnel they had that could facilitate a community center,” Seymour explained.

After the assessment process, the Pinedale COGOP was selected to be the focal location for the organization’s programs to reach not only residents in the immediate community, but the entire district.

IsraAID is an international charity organization headquartered in Tel Aviv, Israel, that focuses on humanitarian development.

“We have worked in more than 50 countries in the world since our inception in 2001, primarily in situations where there are natural and/or man-made disasters,” Medlev said.

The organization offers quick emergency response and relief to the population, as well as long-term programs that support communities and boost their resilience.

“Just as we have done here in Grand Bahama in the western end of the island, implementing long-term programs for the residents, empowering them for the future,” Medlev added.

Senior Pastor Keith Palmer said the partnership with IsraAID is an “excellent one”.

“IsraAID’s contribution to training and programs focusing on the young people and seniors of our community has awoken a sense of excitement in residents,” Palmer said.

Highlighting one particular success story, Palmer said a male high school student, who had no interest in graduating, made a complete turnaround as a result of the after-school program.

“He did not want to finish high school because, at the time, he could only achieve a 0.67 GPA,” he said, adding that after “much hammering”, the student remained in school and graduated with a decent GPA.

“This is the kind of result and impact the programs are having in the community,” Palmer said.

Seymour and Palmer are hopeful that with IsraAID’s departure, local community leaders and corporate Grand Bahama will see the need for these programs to continue and lend financial support.

“I am proud that we have helped the community to build programs they cannot only run, but ones that can sustain and empower themselves,” Seymour said.

“IsraAID has embraced the vulnerable citizens and helped create spaces where people can grow and be more resilient for the next thing that comes down the line.”

Seymour, whose contract with IsraAID ends June 30, plans to move on to other endeavors.

Increasing understanding of a cruel and mysterious disease

GB an unwelcoming site due to illegal dumping and debris 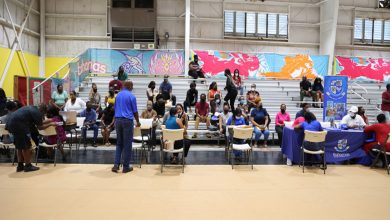 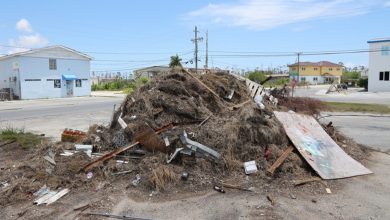 GB an unwelcoming site due to illegal dumping and debris 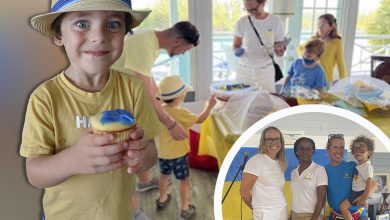