The king spake, and said, Is not this the great Babylon I have built as the royal residence, by my mighty power and for the glory of my majesty?

Could it be that when I came into this world, I was blessed with a father that possessed strong leadership ability built on spiritual faith and values, and hence my exposure? Socially, when he spoke, men listened and heeded his words; and spiritually, many accepted the narrow way to eternal life and the “give us this day our daily bread, strength for today and bright hope for tomorrow.”

My father always stressed that leadership is not ownership, but stewardship and will determine your legacy. Globally, there are many people who are caught up in national conflict due to challenging the quality of leadership. Not only is this so in the world of politics, but also in doctrinal religion.

Our text today is all about the danger when leaders take this very important position, and rather than act on behalf of the people and in their best interest, use it to amass personal wealth and ignore the condition of the “in-as-much.”

Today, according to this fourth chapter of Daniel, we follow the leadership pattern of King Nebuchadnezzar who sent the following message to the people of all nations, races, and languages in the world: “Greetings! Listen to my account of the wonders and miracles which the Supreme God has shown me. How great are the wonders God shows us! How powerful are the miracles he performs! God is king for ever; he will rule for all time. I was living comfortably in my palace, enjoying great prosperity. But I had a frightening dream and saw terrifying visions while I was asleep. I ordered all the royal advisers in Babylon to be brought to me so that they could tell me what the dream meant. Then all the fortune tellers, magicians, wizards, and astrologers were brought in, and I told them my dream, but they could not explain it to me. Then Daniel came in (He is also called Belteshazzar, after the name of my god.) The spirit of the holy gods is in him, so I told him what I had dreamt. I said to him: Belteshazzar, chief of fortune tellers, I know that the spirit of the holy gods is in you, and that you understand all mysteries. This is my dream. Tell me what it means.

“While I was asleep, I had a vision of a huge tree in the middle of the earth. It grew bigger and bigger until it reached the sky and could be seen by everyone in the world. Its leaves were beautiful, and it was loaded down with fruit – enough for the whole world to eat. Wild animals rested in its shade, birds built nests in its branches, and every kind of living being ate its fruit.”

An angel descended from heaven and demanded that the tree be cut down and only the stump be left, thus no more fruit, from which the birds or beasts were able to benefit.

“Let the dew fall on this man, and let him live with the animals, for seven years. You will be driven away from human society and will live with wild animals. Then you will admit that the Supreme God controls all human kingdoms, and that he can give them to anyone he chooses.”

Daniel told the king that the dream was all about him, that he would be driven from his kingdom into the fields to live animal-style for seven years until he comes to the realization that the earth is the Lord, the fullness thereof, the world and they that dwell therein.

How many times we are promoted to important positions of leadership and rather than embrace the stewardship within the leadership, we rule with iron hands as if we are the sole owner and dare anyone to tell us otherwise? In one of Jesus’ parables, the owner left people to occupy his property until he returned. Indeed, leadership is not ownership, hence there must be a report given to the owner upon his return.

Our lesson text tells us that the king ruled for his own personal interest and one night as he overlooked the city resplendent with lights he said, “Look how great Babylon is. I built it as my capital city to display my power and might, my glory and majesty.”

Wow! Leadership is not about “I” but “we”. The time is ripe for leadership everywhere and in all areas to lead the people and not leave the people groping in darkness, desertion, poverty, ignorance and strife, for the time will come when the master comes and demands an accounting of your stewardship.

The good thing about King Nebuchadnezzar is that after seven years he came to his senses and acknowledged the God of heaven and earth, and restoration took place. It is never too late to repent. 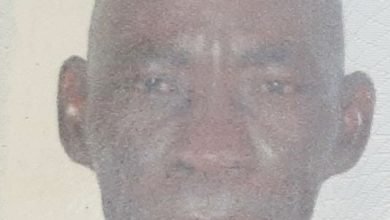 Everything we need is given by God

Grounded, steadfast and firm in faith