Admit it – if you had to choose a current actress and/or singer to play the legendary Aretha Franklin in a movie about her remarkable life, Jennifer Hudson would definitely be at the top of your short list of capable performers.

We all know she has the powerhouse vocals to do a reasonably good interpretation of the late Ms. Franklin’s distinctive voice. But the Oscar-winning Hudson has also proved she’s got the acting chops to do more than just sing like the “Queen of Soul”.

Plus, you’ve likely heard the story that before her death, Franklin – who was involved in the development in the new biopic “Respect” film about her life – personally selected J.Hud (as she’s affectionately known) to portray her.

The film follows the rise of Franklin’s career – from a child singing in her father’s church choir to her international superstardom – and details a period up to the end of the 1970s when the music icon faced many challenges finding her voice.

And then there’s the singing.

No, Hudson doesn’t entirely sound like Franklin – very few people could. But she does sound amazing. And it’s a fantastic treat seeing her perform Franklin’s early classic hits.

The whole experience is a like watching a concert. And the film’s impressive production values add to that impression.

That extends to every part of the production, too, including costuming – especially Hudson’s extensive and strikingly lavish outfits, and even hairstyling. It’s really something when you actually notice the hairstyling in a movie, to the point that you can tell someone’s going to win an award for this.

The supporting cast is superb. Oscar winner Forest Whitaker as Franklin’s prickly father is outstanding, and Marlon Wayans as her abusive first husband is decent, as are those playing her many relatives.

“Respect” is truly an enjoyable film. But it’s not perfect. It suffers from some of the issues affecting all biopics about anyone who was a music superstar in the 20th century.

By now, we know they all had rough childhoods. Many had awful parents and were abused (mentally or physically or sexually, or all of the above). All got romantically involved with the worst possible person they could ever get involved with, and had to endure even more abuse, or became abusive themselves. And of course, every single one of them became addicted to drugs, alcohol, sex or all, and “nearly” hit rock bottom.

It’s become an “insert famous singer’s name here” process, with just a few exceptions. “Respect” is not one of those exceptions, and will induce feelings of déjà vu for many, especially as it drags on a bit towards its conclusion. Plus, it seems there was still so much more about Franklin’s life that could have been covered from the 1980s onward.

Nevertheless, as is usually the case with these biopics, it’s all about the performances – the acting and the singing. And this is why “Respect” is worth-seeing. Hudson knocks it out of the park.

Franklin reportedly told J.Hud that she would win an Academy Award for the role. It’s a little early to predict that for sure. But there’s little doubt that she’ll likely earn an Oscar nomination. Whitaker might also be deserving of a nod as Supporting Oscar.

But perhaps the film’s greatest achievement is how much more “Respect” you’ll likely have for both Hudson and Franklin after watching it. 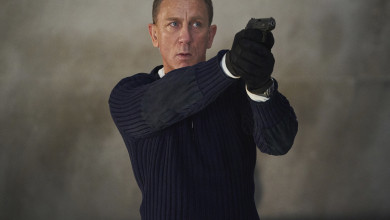 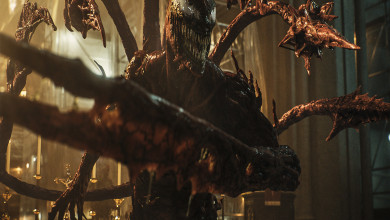 ‘Venom: Let There Be Carnage’ and ‘The Guilty’ allow two great actors to showcase their chops

‘Candyman’ doesn’t quite live up to the hype