A Jamaican woman, who operated a hair sales business without a valid work permit, was on Tuesday fined $1,800 or six months in prison.

Immigration officers arrested Samantha Morris on February 13 after carrying out a sting operation.

The Department of Immigration received a tip that the 23-year-old visitor was advertising hair sales on social media under the name Extreme Beauty Collection.

Two other officers arrested Morris at her condominium in Tropical Gardens a short time later, the court heard.

The officers confiscated packaged hair and found the money used in the sting operation.

Morris pleaded guilty to a charge of engaging in gainful occupation when she appeared before Chief Magistrate Joyann Ferguson-Pratt.

Beckford asked the court to impose the maximum fine of $3,000 as a deterrent.

In mitigation, Dion Smith asked the court to be as lenient as possible.

He said that Morris had not reoffended while on bail and had stringently followed her sign in requirements at the Airport Police Station each Sunday.

He asked the court to allow Morris to remain on bail until she leaves the country on a Caribbean Airways flight on September 25.

In sentencing, Ferguson-Pratt said that countless Bahamians were out of work. She said a message had to be sent to non-Bahamians seeking to benefit from employment opportunities that should be exclusively for Bahamians. Ferguson-Pratt directed Morris to report to immigration officers at the airport before she left the country. She will remain on bail until her departure.

Symonette: House should not have met 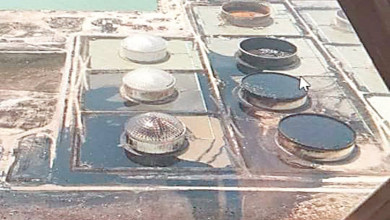