Those four wins placed the teenager 26th out of 40 players. The format was a three-minute blitz with an increment two seconds per move.

“I played better than I did in the qualification round although the result was slightly lower,” Johnson said. “There were also some technical difficulties that went on with two of my games that I ended up losing. That still is not sitting well with me, but it is okay. Other than that, everything went as planned and expected, and I performed to the best of my abilities.”

In the qualification round, she won five games and finished 38th overall. The two games she experienced technical difficulties in were the first round when she lost to Nia Donghvani and the eighth round against Diana Lomaia – both players from England.

“There was a lot of pressure because I knew there were so many people rooting for me, supporting me and wanted me to [do] something great and amazing. I was a little flustered at first. After the second or third round, I started to get relaxed and focused on doing what I knew I had to do,” Johnson stated.

Johnson is coached by Bahamas Chess Federation (BCF) President Elton Joseph. Her best game came in the third round when she picked up her first win. She controlled the black pieces. It was a game against Nigerian Atigogo Frederick.

“I played Sicilian (defense) in that game and that was one of the key things that Joseph went over with me at practice leading up to the tournament. I followed everything that I was told to do like develop my pieces, attack, get the pressure on and get the upper hand on time. Everything went smoothly,” Johnson said.

The Sicilian Defense is an opening move in chess and it is one of the most popular and best scoring response to a player playing the white pieces if their opening move is to E4 on the board.

Her other three victories came in the fourth round against Nigerian Oluyisolaabiola Gold; the sixth round against Kazakhstani Dillyara Tulegenova; and the seventh round against Iranian Ghazal Goharchin. Her loss in the fifth round disrupted a possible five-game winning streak – something that she did not realize could have happened.

“She did well,” Joseph said. “We hoped that she would have finished in the Top 20 and these are some of the strongest females from across the world. As a budding nation we are very proud of the fact that she was able to do so well. Some of the other competitors were not able to score more than two points – that was how stiff the competition was. She pushed through and scored well and we are proud of what she has done. We look forward to the progress that our players will make next year.”

Other than those countries, the Bahamian played against persons from Montenegro and Romania. She played against a mixture of both higher and lower-rated players than her. However, Johnson said the ratings do not speak the truth about the players’ strength. She added that Middle Eastern competitors, for example, participate against a lot of fierce competitors, so their ratings fluctuate more than Bahamians’ ratings because local players do not participate in many FIDE tournaments.

President of The Bahamas’ ISF chapter Rupert Gardiner said the country is proud of her accomplishments.

“She did well,” Gardiner said. “The country is proud of her since this was the first time that the country competed at that level as far as high schools. She is the 26th best high school player in the world. She will only be able to get better and prepare for a tournament like this.”

Johnson became a part of history when she became the first Bahamian to qualify to the final round of this competition two weeks ago. This was The Bahamas’ first time participating in the tournament since joining the ISF back in July of this year. It was an amazing feat as The Bahamas is not known for the sport of chess.

For Johnson, this tournament is like any other tournament and the only aspect of it that may scare players is the time constraint. However, she said with a lot of practice you get used to the time constraint. She was also a member of The Bahamas’ first female FIDE Chess Olympiad team that traveled to Batumi, Georgia, to compete in 2018.

The teenager has been playing chess since fourth grade and said that this ISF tournament has given the BCF a lot of publicity since she has began to play.

She thanked her family members, friends, Joseph, Warren Seymour, those who supported her and watched the tournament played on Saturday and also the media.

They were 13 Bahamian student-athletes – nine boys and four girls – who participated in the tournament and Joseph is proud of their performances at the qualifying round earlier in the month.

Next up for her is the BCF qualifiers for the FIDE Online World Cadets and Youth Rapid Chess Championships that will take place between November 27-December 13. 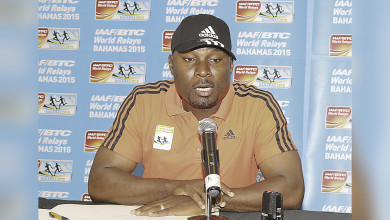 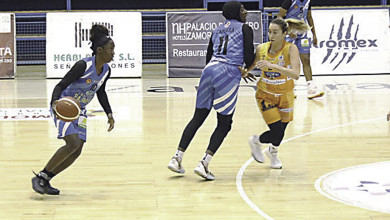 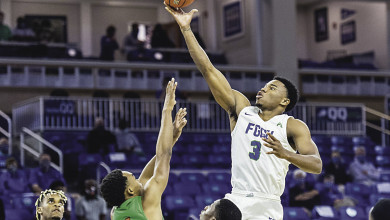 College basketball is back!