Great steak is a given at a prime steakhouse, but the treatment of the product is what will make the establishment stand out from its counterparts. The premise behind JWB Prime Steak & Seafood is simple – great product that is always fresh and never frozen, manipulation kept as simple as possible to allow authentic flavor to shine.

JWB Prime Steak & Seafood the newest steakhouse to open on island at Margaritaville Beach Resort is dead serious and dialed in, while at the same time giving a nod to classic steakhouse fare.

From the minute I walked through the door at The Pointe, the shock and awe of all the senses they’re aiming for is evident as I took in the soaring ceiling and contemporary décor. My sense of indulgence was further overwhelmed when I realized that the hostess had not seated me at a dinner table upon entry, but that I was instead seated in the lounge to unwind for a few minutes before being escorted into the dining room which offers an amazing view of their open kitchen concept, allowing me to take in the chefs at work.

It’s evident that JWB Prime Steak & Seafood is bringing the best of two worlds together – that quintessential dining experience and pairing it with an upscale concept – offering patrons the opportunity to partake in a contemporary menu of prime steaks, fresh seafood and a raw bar.

Lester Dean, Margaritaville Beach Resort’s executive chef said they paid attention to every detail to ensure patrons have an amazing experience that will satisfy their sense of sight, taste, smell and sound in bringing JWB to the market. Case-in-point, the bread arrives at the table hot, in a bag, atop a hot stone to keep warm, and the butter is room temperature and spreadable. Dean said a focused the culinary team and an attentive front-of-house staff paying attention to detail, goes hand-in-hand.

JWB Prime Steak & Seafood’s menu offers variety, which means there is something for everyone.

On my first visit dining with my hubby, it was tough making a decision with so many exciting starters on offer. Dean made the decision for us, sending a variety of starters to the table – steak tartare; fried oysters (creamed spinach, citrus aioli, and Tabasco); Rhode Island calamari (flash fried with Peppadews, lemon aioli and romesco sauce); grilled octopus salad (aji panca, crushed cucumber, olive mayo); French onion soup (caramelized onions, croutons, and Gruyère cheese); as well as lobster bisque.

Steak tartare is one of those simple, yet luxurious dishes that is pure decadence. It lends itself to different types of flavors and that can be played around with – JWB is whimsical in its approach, serving amazingly fresh chopped beef with capers, microgreens, horseradish and crème fraiche in a vessel reminiscent of a tuna tin, alongside a mound of crostini. Their reinvention of a steak tartare was a delight to the eyes and the tastebuds. It was the perfect mix of comfort food and adventure.

The calamari was not overly battered and remained tender. They were tossed with sweet Peppadews and served with two sauces, a lemon aioli and a smoky rich romesco sauce.

The grilled octopus was also cooked perfectly tender, and I could taste the char from the grill that added to the experience. I had the option to either drag the octopus through the tasteful, yet smoky-flavor aji panca which complemented the char on the octopus from the grill, or olive mayo.

The lobster bisque is poured tableside for a more engaging experience before digging into the deep rich almost earthy broth.

Now, I’m a live and die by the ribeye kind of girl, medium-rare temperature – more rare than medium because I hate to butcher a thing of beauty such as a silky, luscious, buttery piece of prime beef. JWB’s chefs were spot on with the temperature, and their deft hand with their seasoning of salt and fresh cracked pepper was nowhere more evident than on their 22-ounce prime bone-in ribeye. I almost didn’t need a knife for the steak that was unbelievably tender. The rich beefy flavor was insane. It was literally swoon worthy, served simply with a few pieces of grilled, skin-on fingerling potatoes.

There is no better feeling in the world than cutting into your meat and seeing that it’s perfectly cooked to your liking, and then popping that first piece in your mouth finding it perfectly seasoned and being able to enjoy its juicy tenderness. I paired the steak with grilled asparagus and wild mushrooms.

My hubby opted for the Colorado lamb chops, medium, and again it was cooked to the perfect temperature.

Again, in that classic steakhouse nod, JWB doesn’t cut the lamb into chops for you, a massive four-bone half rack is placed before you. Then again JWB is all about going big or going home.

Charles Colebrooke, JWB’s chef de cuisine, also said the fact that everything from their steaks, to lamb, to chicken and even their seafood is never frozen, which he said is important when delivering a quality product to patrons.

“If you have frozen versus fresh, the flavor is different,” he said. “We are giving authentic flavor. We don’t want to make it complicated.”

And I did not forget dessert. On my visit, JWB offered three options – a guava pudding, key lime pie, and what they called a chocolate explosion. I opted for the chocolate explosion actually just to see what the “explosion” aspect would be about, as I’m not one to be enticed by chocolate desserts.

But I’m just going to say it – the chocolate explosion is a must have standout … dare I say, it’s seductive, “calling out” to you to go back in for spoonful after spoonful after your first taste. Once you dip your spoon into the warm cake, the melty center oozes out and begins to mingle with the slowly melting whipped cream and that actually seduces you into going in for your first bite. One taste, of this rich, dark chocolate, and will find that you can’t help but go back at this indulgence again and again.

The guava pudding was served with a huge mound of whipped cream, but when you got past all of that to actual pudding, you find a pastry with a delightful guava forward presence.

“Everything is intentional,” said Dean who also said they pride themselves on being bold at JWB.

Speaking of bold, if you have the gumption or if you want to share an entree, JWB offers a 32-ounce tomahawk on their steaks and chops menu; and chef’s specials include items like paella del mar (shrimp, mussels, scallops, clams, calamari, and fish in a lobster broth with Calasparra rice (a variety of rice native to the region of Murcia, Spain, and used for making authentic paella); Thai curry scallops; fresh catch which they don’t define as one particular fish, and can range from grouper to striped bass and salmon, but whatever the catch of the day is, the fish they said is never frozen.

While they aim to keep their options fresh and simply manipulated, Colebrooke said his goal is always to aim to achieve umami (one of the five basic tastes, alongside sweet, bitter, salty, and sour). Umami is Japanese and means “a pleasant savory taste.”

JWB (which is named after James (Jimmy) Buffet himself ) Prime Steak & Seafood is open Monday through Saturday; the lounge opens at 5:30 p.m. with dinner service between 6 p.m. and 10 p.m.

Ayton dominates in win for the Suns

D’Aguilar knee-jerk reaction to US order 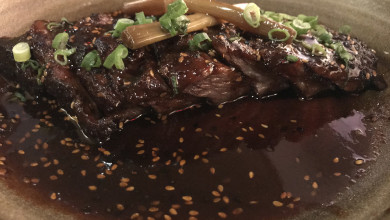 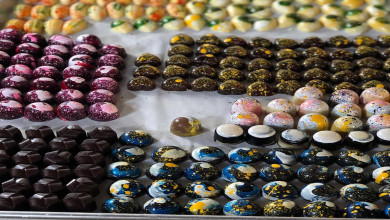 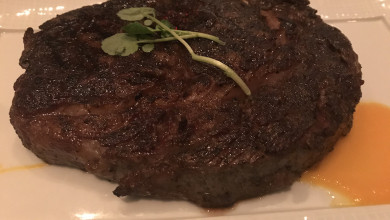 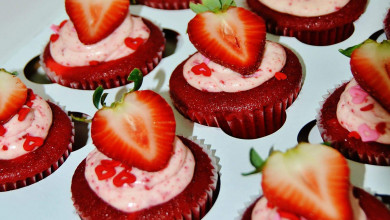