Karajahyah Forbes-Schlagenhauf believes there will always be naysayers and people whose job is to pull you down, but he says a person must never stop believing in themself.

“Nobody said that the road would be easy, but you must be comforted in knowing that God did not bring you this far to leave you. Obstacles should be viewed as stepping stones. Believe and you will forever achieve,” says the young man who has aspirations of becoming Prime Minister.

This from Karajahyah who has appointed head boy at St Leonards School a coeducational independent day and boarding school in the United Kingdom after only five months at the institution for boys and girls aged five to 18.

The 18-year-old Bahamian is the first Black head boy in the school’s 144-years of existence. It was founded in 1877. St Leonards became coeducational in 1999.

Dr. Michael Carslaw, St Leonards headmaster said he was delighted to have appointed Karajahyah as their newest head boy from a strong field of applicants.

“He has been a wonderful addition to the school since he joined us, and I very much look forward to the good work he will do in this important role, with the other prefects, and I hope he inspires many of the younger pupils to become global citizens in today’s ever-changing world,” said Carslaw.

“I would like to express my most humble gratitude to the headmaster and senior leadership for giving me this opportunity to support and represent St Leonards, my school, my home, my family,” Karajahyah told The Nassau Guardian from the university town of St. Andrew’s, Scotland.

“When I was younger, I always wanted to be a voice for my peers and to be a bridge that brings student and teachers together, and with this position, I am able to do just that,” he said.

His vision is to leave St Leonards “a bit brighter and more hopeful than I met it.”

Working alongside the head girl and their deputies, senior prefects and prefects to continue to create an environment where everyone feels safe and loved, valued and appreciated – no matter their race, background or religious belief.

“We treasure 37 nationalities here at St Leonards, and as such we must continue to strengthen our diversity. When I leave St Leonards, I would like everyone to know that I cared and that I had a vision of unity and strength, and I hope that I was able to bring that vision alive. If I can help somebody as I travel along, then my living shall not be in vain,” said Karajahyah.

Carslaw said St Leonard is proud of its cultural and linguistic diversity.

Karajahyah is head boy at a school with an all-through International Baccalaureate school at which language acquisition is central to the curriculum for students. All students learn a language in addition to their mother tongue which Carslaw says fosters an awareness of and appreciation for other cultures.

The headmaster said students are encouraged to celebrate their heritage and to share it with others.

Karajahyah had initially nominated himself for the deputy head boy post – not because he did not believe in himself, but because he was relatively new to the institution, he figured someone else who had been at the school all their life might have wanted the position. But he received a message from a schoolmate suggesting that he run for head boy instead.

“After I felt they believed in me, I decided to believe in myself. My mother [Karen Yvette Russell] always told me, ‘Believe and you will achieve’ – and that is exactly what happened in this case,” he said.

“As we open this new chapter of academic excellence, I am pleased to be walking into this chapter with head girl Grace Adam, and all of the deputies in their respective positions. May our learning be holistic that conjoins our body, mind and heart. May our dreams go beyond individual destinations – may our growth be realistic that leads us to maximum happiness. May our contribution be significant to the greater good of the society.”

Prior to St Leonards, Karajahyah was a student at Windsor School, Albany. At Winsdor School and assumed the Eco-Club presidency just three weeks after arriving at Windsor.

As far as he’s concerned, nothing much has changed.

Karajahyah, who is one of six siblings, grew up in Grand Bahama with his mom and grandmother, Josephine Russell. He says his biological father was not very present in his life. At the age of four, he was placed into the foster care system, placed at The Nazareth Center Children’s Home in New Providence.

He recalls crying many days wanting to see his mother.

He left the center at age six, released back into the care of his parents, but was eventually placed back into foster care at age eight, as his home life did not show improvement – initially at Nazareth Center Children’s Home, before being transferred to the Elizabeth Estates Children’s Home where he was a resident when his mom died when he was 11-years-old.

“My siblings and I visited her for Christmas in 2013 and she died on her birthday, February 7, 2014. That was the most challenging year of my life, knowing that it was her birthday and I was separated from her for so long,” he recalled.

Karajahyah met Beat Schlagenhauf, a Swiss national who would become his adopted dad, the same year his mother died, on December 14, 2014.

Schlagenhauf took Karajahyah and his brother Kaamanra in as his own, and he says his dreams that once felt like hopelessness became hopeful.

His life started to get better.

Schlagenhauf went on to adopt Karajahyah and he said he started to experience things he had only dreamed about and prayed for.

“I was able to have a good education, a secure and safe place to sleep, my own bed, food and water. I was able to travel to places I only saw on TV, or read off in books,” he said.

“My adopted dad is my angel.”

Karajahyah says when he looks back at meeting and being adopted by Schlagenhauf as a second chance, and says he decided to try to be everything he needed to be at a young age, and to be everything for others, specifically the underprivileged youth in The Bahamas.

Using his past to be the number one motivator for his actions. Karajahyah started to sign up for different volunteering opportunities and began work immediately.

An advocate for youth change, he currently serves as the Most Distinguished Youth Ambassador for the Kingdor National Parkinson’s Foundation in The Bahamas. He has raised just over $900 which he donated to the foundation, after he became aware of the incidence of children in The Bahamas with the disease. He has also had an audience with former Governor General Dame Marguerite Pindling and used the opportunity to speak with her about the disease. At the age of 16, he was the youngest member of the Patient and Family Advocacy Council (PFAC).

In 2018, he was selected as Youth Ambassador to the United States, which gave him an opportunity to participate in a three-week exchange program for young men and women to strengthen his leadership abilities and to broaden his education on different cultural lives.

Karajahyah was nominated for the 2019 Youth in Leadership Award and won. He received the Directors Cup Award.

During Youth Month he applied for a Youth Parliamentarian position and was granted the opportunity to represent the constituency of Englerston in the 24th Bahamas National Youth in Parliament sitting.

This year, Karajahyah was chosen once again as the Member of Parliament to represent the constituency of Englerston and was elected as deputy speaker of the House by his parliamentary colleagues during the first ever Youth in Parliament virtual sitting. He represented the constituency from Scotland.

Karahahyah has also worked over 200 hours with Lend A Hand Bahamas, and serves as an acolyte on the altar at St. Mary’s The Virgin Anglican Church. 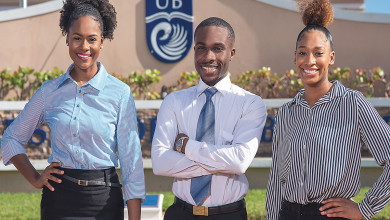 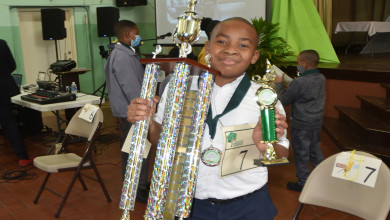