The first case of HIV (human immunodeficiency virus) diagnosed in The Bahamas was in 1983, two years after the first case was described in the United States in 1981 – and even though today there is effective antiretroviral treatment, the fight against HIV and AIDS (acquired immune deficiency syndrome) is not over, according to Dr. Nikkiah Forbes, director of the National HIV/AIDS and Infectious Diseases Programme at the Ministry of Health.

On Monday, one day after recognition of the 31st World AIDS Day, as the fight continues, she said HIV and AIDS are preventable and that the recognition day is an opportunity for people worldwide to unite in the fight against HIV, to show support for people living with HIV and to commemorate those who have died from AIDS-related illness.

“We have come a long way since then (first diagnosis), because early in the epidemic we did not have effective medication so we had to support people who had HIV and would go on to develop AIDS. But we now have effective antiretroviral medication, that has made a huge difference for people to have healthy lives – to be vibrant and thriving.”

According to Forbes, a United Nations (UN) model report shows that there are 6,025 people (1.7 percent of the general population) or one of 64 people in The Bahamas living with HIV.

The consultant physician, internal medicine and infectious diseases at Princess Margaret Hospital (PMH) and Doctors Hospital, said there is still work to do.

“We still have work to do,” said Forbes.

“Even though HIV has been around for 30 years and now we have effective treatment, what we are seeing is that with people on effective treatment transmission has come down significantly over the years. We’ve seen a gradual decline to the point where we had 154 new cases of HIV diagnosed in 2018.”

The goal, according to the doctor, is to “break the back of the HIV epidemic” and fast track to the end of AIDS globally.

She laments the fact that people are still dying of AIDS since the epidemic started in the early 1980s despite the fact that there is access to effective antiretroviral therapy.

“The UN says if we lose our focus, HIV and AIDS is going to rebound and we are going to see a number of new cases and would have lost the opportunity we have at this time to continue to see reductions and to keep making progress.”

Today, Forbes said the medical community wants people to focus on the fact that the infection is preventable and there’s treatment, which she said is part of their focus on ending HIV and AIDS.

With one mother-to-child transmission in 2015 out of 54 births to HIV-positive women, she said that was cause to celebrate and to continue to improve up to zero transmission.

“When [women] get into antenatal care early when they get pregnant, when they get all of their panel of tests done, if their test comes back HIV positive, they can get on medication. We follow them up in our clinics tailored just for them, and we work as a team with the doctors that deliver. They can significantly reduce the chance of having HIV transmitted to the baby. And that’s really what we mean when we say AIDS-free generation or HIV-free generation. We need not to see any babies born with HIV ever again. We have all the support mechanisms in the country for that.”

Forbes, who is also a clinical tutor at the University of the West Indies School of Clinical Medicine and Research, said education is also key and that people have to realize that HIV and AIDS are different.

When people are first exposed, the doctor said, they can have a flu-like illness a few weeks after infection that can last a few weeks. The symptoms can be non-specific symptoms like sore throat, fever, muscle ache, rash, fatigue, swollen glands in the neck, mouth ulcers and they can also have a high load of the virus at that time and are more likely to transmit HIV during that stage of infection.

After the early infection, she said, there’s a period of latency where the person may not have any symptoms and the virus is active, but reproduces only at a low level which she said could go on for a very long time – up to decades, but can be shorter, depending on the strain. AIDS, she said, is the last stage where there are severe illnesses because the virus damages the immune system overtime, and it’s at this stage that people who don’t get treatment can die.

The doctor said treatment at all stages can help tremendously.

In knowing the facts and knowing that HIV is preventable, Forbes said it must be remembered that transmission usually occurs with body fluids like blood and semen and

“Certainly, there are other ways like mother to baby and injection drug use, but that’s not really an issue in our country – there was only one baby – so it’s unprotected sex across the board.”

The doctor said people need to be honest with themselves about how HIV is transmitted in The Bahamas and make themselves aware of the recommendations for preventing HIV.

“The truth of the matter is the risk for HIV transmission is mainly sexual in our country. There are recommendations for preventing HIV – one of those is knowing the risk for HIV infection and acknowledging that there are situations that can put people at a greater risk for infection. HIV is preventable, so we recommend that people know their status. If you are sexually active, get an HIV test. Know your risk, get tested, use condoms, look at risk reduction and get into care,” said Forbes.

The role of patient education in preventing diabetic foot 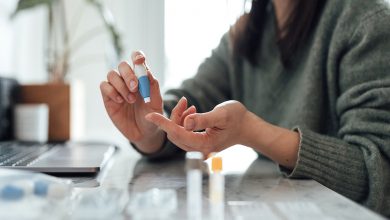