Once, while working at an aquarium in The Bahamas, Kristal Ambrose, 29, spent two days helping to pull plastic out of a sea turtle that had internal blockage. After that experience, she vowed, “I’ll never drop a piece of plastic on the ground again.”

At age 22, Ambrose joined an expedition to study the western garbage patch, the mass of marine debris that is part of the Great Pacific Garbage Patch in the north Pacific Ocean. Examining the waste, she noted that all the debris “were things that I was using at home – plastic bags, Styrofoam, plastic cutlery, straws.” She returned from the expedition inspired to tackle plastic waste and in 2013, founded the Bahamas Plastic Movement to develop solutions to plastic pollution, and educate youths in The Bahamas.

Today, Ambrose, Bahamas Plastic founder, is an environmental hero and has been awarded the 2020 Goldman Environmental Prize, the world’s largest and most prestigious award for grassroots environmental activists.

Ambrose received her award yesterday during a virtual ceremony along with fellow activists from Ghana, France, Myanmar, Mexico, and Ecuador as they were acknowledged for their contributions to the protection of the planet.

“These six environmental champions reflect the powerful impact that one person can have on many,” said John Goldman, president of the Goldman Environmental Foundation. “In today’s world, we witness the effects of an imbalance with nature: a global pandemic, climate change, wildfires, environmental injustices affecting those most at risk, and constant threats to a sustainable existence. Even in the face of the unending onslaught and destruction upon our natural world, there are countless individuals and communities fighting every day to protect our planet. These are six of those environmental heroes, and they deserve the honor and recognition the prize offers them – for taking a stand, risking their lives and livelihoods, and inspiring us with real, lasting environmental progress.”

Ambrose used science, strategic advocacy, and youth empowerment to get The Bahamas focused on plastics, then she convinced the government to enact a nation-wide single-use plastic ban.

The Bahamas’ importation of single-use plastic and Styrofoam products came into effect on January 1.

In 2013, Ambrose, a native of Eleuthera, researched how plastic moves through the marine environment and onto the island.

Convinced that a ban on single-use plastics was the strongest local solution, Ambrose set her sights on policy change. She drafted legislation to share with the government and conducted energetic outreach and advocacy across the country.

In January 2018, Ambrose and her students traveled from Eleuthera to New Providence to meet Minister of the Environment Romauld Ferreira with whom they had a discussion on the environmental and economic impacts of plastic waste. The minister said he would address the issue.

Awarded annually to environmental heroes from each of the world’s six inhabited continental regions, the Goldman Environmental Prize honors the achievements and leadership of grassroots environmental activists from around the world, inspiring people to take action to protect the planet.

The prize was founded in 1989 in San Francisco by philanthropists and civic leaders Rhoda and Richard Goldman. As Goldman once noted, “We’d like to leave the world a little better than we found it.”

To date, the prize has honored 200 winners (including 87 women) from 90 nations, and has shined a light on many of the critical issues facing the Earth. 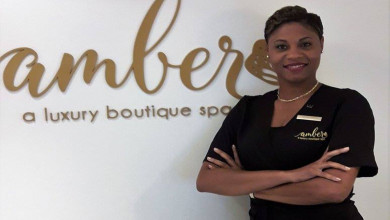 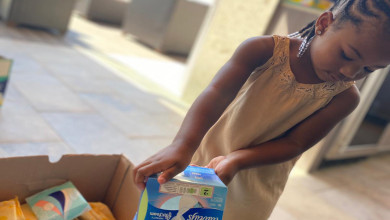 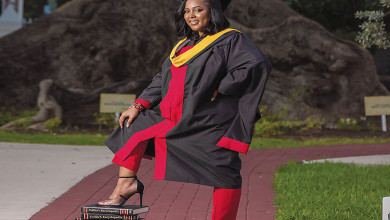 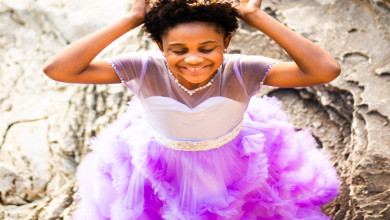