Collins, 18, a sophomore at Hastings College, Nebraska, said college is also a chance to encounter like-minded people who support his cause, as well as interact with students who excel in different areas, especially students who help to make up areas in which he is lacking.

“Education is a chance to expand my growing life experiences in and out of school,” said the Eleuthera native. “It is a means to lessen the hardship my generation, and the future generation, will face.”

The son of Bernadette and Kevin Collins said he learned about actuarial science from his uncle (Nelson Burrows) during a family reunion dinner. Collins proceeded to do his own research on the subject, and said he found probability and calculating risks interesting. He liked the fact that the career path has a heavy reliance on math. An actuary practices the science and actuarial science uses techniques from mathematics, statistics, business, economics, and finance.

“I relished the challenge since math was always my strongest subject. Actuaries are also heavy in demand worldwide and even more so in The Bahamas. I discovered that there are few Bahamians who ever become an actuary, so I became determined to change that,” said Collins.

He said he aspires to contribute to The Bahamas his labor, knowledge and resources to the best of his ability, in the most efficient way possible.

“I will begin by joining the workforce of an insurance company I feel I am best suited for, and lend my expertise to others after me from there. Not only will my presence in The Bahamas motivate other Bahamians to make a similar impact, it will also inspire them to remain in the country and develop it further.

“In the long term, I want to develop The Bahamas further than it currently is. I would like to begin by developing my home island, Eleuthera, and expanding to various islands from there. These developments will include establishing youth programs to encourage Bahamians to maintain a successful mindset, as well as educational resources apart from school that will aid in students’ desired career paths. I also intend on establishing scholarships of my own that will cater to a cross section of students and assist them in their post-secondary studies. With the collaboration of fellow Bahamian scholars I am already connected with, including those who graduated before, with, and after me, I intend to take some of the first steps that will elevate The Bahamas out of the state of a third-world country. I also plan to develop more connections along the way, and take actions that have The Bahamas’ best interest at heart.”

Collins is no stranger to having a “helping hand” to assist with paying for college. He is a recipient of a PSSP scholarship.

“Currently, the Public School Scholars Programme is funding a large portion of my college tuition. Because of this program, I am able to pursue my studies more comfortably without the stress of searching for an on-campus job. I am able to focus more,” he said.

The PSSP was instituted in 2015 to promote college readiness, equity and college access in the public school system. The Ministry of Education guarantees scholarship awards for Bahamian high school graduates enrolled in the program. The award ranges from $7,500 but will not exceed $15,000 per academic year, for a maximum of four years. Partnering institutions are required to offer a matching grant of equal or higher value. Eligible candidates must be officially recommended by their secondary high schools and meet the admissions requirement of the institution.

Candidates must have a genuine interest in a career of national priority, outstanding leadership and character traits, proof of extracurricular involvement and contributions to their school community. Scholarship applicants must also demonstrate financial need and a genuine desire to pursue a college/university education. First preference is given to first-generation college students and students attending college within one year of graduating from high school. Qualified Bahamian public high school candidates must apply or be accepted to partnering colleges and universities. Students must also pass an interview.

Collins graduated with a 3.7 cumulative grade point average (GPA) from North Eleuthera High in Lower Bogue. During his high school years, he said he spent a lot of time trying to strike a balance between academics and track and field.

“I had a huge passion for running, but I gave my academics a heavier focus when I entered grade 11 and began prepping for SATs (Scholastic Aptitude and Test) and Bahamas General Certificate of Secondary Education (BGCSEs). I spent a lot of my lunch times in the graphical communications classroom either catching up on work or trying to get ahead. I tutored many of my peers and underclassmen either catching up on work or trying to get ahead, and whenever I had the time, for the most part in mathematics. I like to describe myself as mannerly. I thanked teachers on my way out of classes as I still do even now in college. If possible, I tried to complete homework assignments in school, so that I would have free time to prepare for SAT or other academic challenges. I spent a lot of time talking with peers, but also with teachers who often gave sound life advice.”

He said his favorite subject was graphical communications and his second would probably be biology.

“I performed relatively well in all of my subjects, but graphical communications and biology definitely required the most effort. I capitalized on getting work done as soon as possible, and got assistance where I needed it. I enjoyed getting the advice from fellow peers in G.C. that I normally offered to them in other subjects. We maximized on teamwork. Apart from the rest of my homeroom class, the bond I developed in that subject with my teacher and peers is definitely one of the strongest I’ll ever have.”

Moving from Eleuthera to Nebraska was an adjustment for Collins in some areas, but not all.

“Basic things like managing funds and taking care of myself has never been an issue for me. Just knowing though that if for some reason I couldn’t manage, I wouldn’t have my family or friends in person. That was a realization that took a while to sink in. Hastings College has a fairly small campus though, so getting lost was not something I had to worry about. It also didn’t take very long to get to know the names of all the faces I walked past at least three times a day.”

He said the hardest changes for him to adjust to were the weather and difficulty of math classes.

“Being a part of the five percent on campus who wore winter coats in 50-degree weather felt strange, but a good kind of strange. Although I wasn’t used to the cold, the temperature often reminded me that I’m actually in Nebraska pursuing my college career. It’s fairly easy to forget that when courses are tasking. High school prepared me for most of my college courses. In fact, I would say that graphical communications required more effort than any of my non-mathematical courses do. Calculus and the sort, though, have definitely been a change that required hours of tutoring, office hours and solo practicing to get adjusted.” 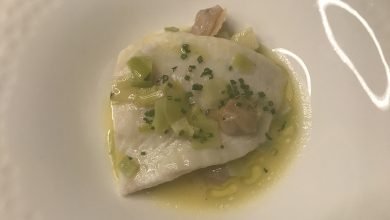 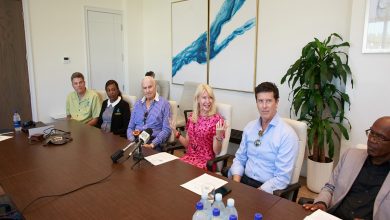 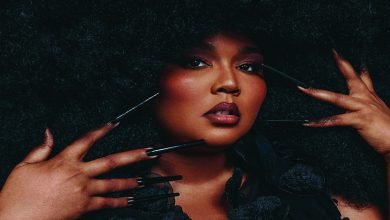