Just under four years after the Progressive Liberal Party (PLP) was voted out of office after a term of contemptible behavior and unmet promises, former Deputy Prime Minister Philip Brave Davis, who rose to the leadership after the unceremonious defeat of former PLP leader Perry Christie, is touting a reformed party while excoriating Prime Minister Dr. Hubert Minnis for failing to fulfill key pledges he made prior to the last election.

Lacking in dynamism and low scoring on the believability index, Davis does not appear to be resonating, but voters in the past have proven that they vote based on their degree of satisfaction in an incumbent party and not necessarily how they feel about the alternative.

That will likely provide an advantage for the PLP leader while presenting significant challenges for members of Parliament on the governing side, some of whom are actually doing good work in their constituencies.

Minnis, who has had a term with minimal achievements of note, and who has been trying to get the country and its economy back to some level of normalcy and rebound, seems convinced voters will give him and the Free National Movement (FNM) another term to do all that they had previously promised, but failed to do.

During a walkabout in the Garden Hills constituency two and a half weeks ago, Minnis explained to constituents that his administration has not met key commitments because it was saddled with the twin crises of Hurricane Dorian and the COVID-19 pandemic.

He seems to accept that there is not much else of any great significance he will achieve before the next election.

In the House of Assembly in early March, the prime minister arrogantly and very bizarrely declared that in his next term, he and Deputy Prime Minister Desmond Bannister will do something that has never been done. Minnis said they will split the leadership of government with his focus as prime minister being on the poor and on land ownership for more Bahamians.

Bannister, he said, will “run the rest of the government”.

Minnis had repeatedly promised a term limit for prime minister, a fixed election date and a recall system for non-performing members of Parliament.

He made the commitments while in opposition, decrying the fact that only one man knew when the election will be held, and declaring the need to ensure that power hungry leaders would be mandated to step down after serving two terms.

In the Speech from the Throne in May 2017, the Minnis administration said it will seek the consent of the electorate in a referendum to “constitute an Independent Electoral Commission and Boundaries Commission, introduce term limits for prime ministers and introduce a system of recall for non-performing members of Parliament”.

It also pledged that the “Office of Ombudsman will be created to provide a direct source of relief, where people have legitimate grievances due to the actions or inactions of government or any agency of the government”.

Addressing the opening of the PLP’s Elizabeth constituency office on Monday, Davis pointed to the fact that Minnis had promised a fixed election date but had failed to deliver.

This is certainly the season when politicians and political parties make promises they think will appeal to voters and win them over.

Ahead of the 2012 general election when there was widespread disapproval over the Ingraham administration’s sale of a majority stake in the Bahamas Telecommunications Company and the handling of the New Providence Road Improvement Project, Davis promised that if elected, the PLP government would hold a commission of inquiry into those matters.

Of course, no such inquiry ever happened and Davis did not push for one, at least not openly.

Davis is now pledging that a PLP government would hold publicly televised hearings into affairs at Bahamas Power and Light (BPL).

Minnis, meanwhile, claims he would use another term to fulfill promises he made in opposition.

In January, he told reporters that after the next election he will “roll into my last and final term”.

Regarding the promised term limit, he said, “I will legislate it as quickly as possible. However, I most certainly would adhere to what has been said.”

With Davis touting a reformed PLP that has the answers to our most pressing problems, and Minnis promising to deliver big in another term, and with both leaders far from visionary, inspiring or believable, many voters will find they have a difficult time deciding which of the two far from appealing options they can best live with.

Though his performance as opposition leader was feeble at best, Minnis and the FNM dealt a crushing blow to Christie’s PLP, which was largely viewed by many voters as corrupt. Christie’s insatiable desire for power had driven the party to near obliteration.

After the 2017 election loss, the party’s leadership commissioned a post mortem to tell it what we all already knew, and that is why the PLP lost so dismally on May 10.

The researcher concluded that Christie fatigue; the failure to address “wrongdoing” of Cabinet ministers; persistent corruption perceptions; the constitutional and gaming referenda; the handling of the Rubis oil spill; “unnecessary” spending on carnival and poor response in the aftermath of Hurricane Matthew were key reasons for the defeat.

Constituencies responding to an online survey indicated that the perception of the PLP as corrupt was the single greatest element that impacted the party.

The negative perception of Christie was the second element that had significant impact.

With Christie gone, and with widespread disenchantment with the Minnis administration, the PLP is facing new dynamics as it attempts to take advantage of the angst that seems to be growing against the government.

But the persistent view that so many seem to have that the PLP is synonymous with corruption could be the greatest single challenge Davis and the PLP face on Election Day.

Davis is trying to fight the perception.

He has attempted to present a rebranded PLP with a slate of largely newcomers to be the party’s standard bearers in the next election, although the team presented so far does not inspire confidence.

Davis has been unable to attract heavy-weight candidates and the PLP has been careful against bringing back old players who brought shame to the party’s image.

A year after its election loss, the PLP reformed its constitution to further democratize the party, allowing fairer representation on all of its standing committees.

At Monday’s event, Davis declared that the PLP has the answers for our most difficult challenges.

“The middle class in our country is barely holding on,” he said. “…Let’s work together for an economy that doesn’t leave people out. Let’s level the playing field.”

Davis dramatically contended that the FNM’s 2012 election pledge “it’s the people’s time”, “is the biggest broken promise in Bahamian history”.

Many Bahamians certainly are feeling duped by the FNM with some having arrived at this point early in the term before the major crises hit.

Many are worst off today than they were when Minnis and the FNM assumed power. Government finances are in a dire state with a budget deficit of over $730 million at the half-way point of the 2020-2021 fiscal year and government debt at $9.3 billion.

Upon coming to office, the Minnis administration let Bahamians know right away that the “cupboard is bare” and that the former administration had left hundreds of millions of dollars in unpaid ills. The new government said a year after coming in that it had no choice but to increase value-added tax from 7.5 percent to 12 percent.

Months earlier, Hurricane Irma devastated Ragged Island, and in September 2019 Hurricane Dorian ripped through large swaths of Abaco and Grand Bahama, leaving death and destruction. Rebuilding has been slow and many displaced residents have yet to return to their home island.

COVID-19 reached our shores just over one year ago, resulting in unprecedented health and economic challenges, not unlike in many other nations in the region and across the globe.

This crisis has understandably commanded the focus of the Minnis administration.

Prior to the Dorian and COVID crises, the government had been slow out the gate in getting much done.

The government for instance had in hand the report from The National Advisory Committee on the Introduction of Local Government to New Providence in 2019, but refused to act on it, although the promise of local government for New Providence had been a galvanizing plank of the FNM’s bid for election in 2017.

After we revealed the committee’s recommendations early last year, Renward Wells, at the time local government minister, expressed concerns that local government representatives would have more power than members of Parliament. It was clear he had no intention of pushing for local government.

It is apparent that this term has been more about seeking to balance the ship of state than creating any forward movement.

We will never know what Minnis and his team would have achieved were it not for the disasters that struck.

With many living in misery, it is difficult to believe that they will be prepared to give the government a pass for failing to cause an improvement in their
standards of living.

The FNM is already shaping a campaign promoting Minnis’ leadership during the pandemic as the focus. Not that that is a strong selling point, but the party does not have much else to go on.

As the campaign season progresses, we will hear more promises from Minnis and the FNM, and more from Davis and the PLP.

Both have made significant pledges in the past. They have both failed to deliver or have been a part of an administration that failed to do so.

Opposition parties always seem to have the answers to every problem facing the country.

In office, they often struggle to make good on these promises, blaming their predecessors for leaving the nation’s finances much worse than they (the new administration) had imagined, and pointing to unforeseen circumstances as the reason they are unable to do what they committed to doing.

What they decide to do will to a large extent be based on which group they view as less objectionable — a reformed and rebranded PLP under Brave Davis, or a low achieving FNM led by a far from impressive Minnis.

When the dust settles the lesser evil will likely prevail. 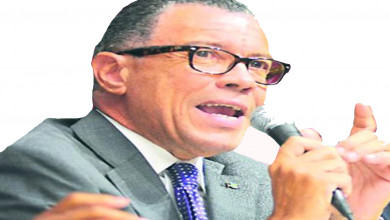 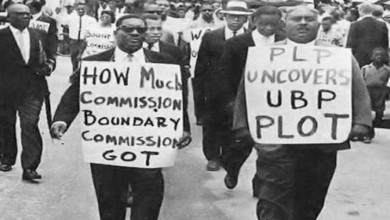 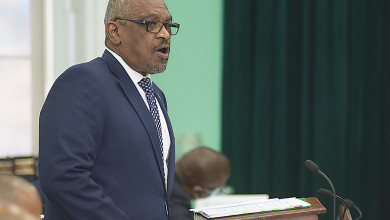 Piece of the pie or pie in the sky?