I have spent many years following the Catholics through EWTN and have visited many of their globally scattered cathedrals. I am up at four in the mornings when the pope is giving his messages and Palm Sunday was no exception. His Homily was very relevant and note-worthy. He spoke of those who only are admirers of Jesus, but not amazed by his teachings, which bears to Jesus himself saying that many only worship him with their lips, but their hearts are far from him. It is likened to a young man admiring a young lady, but not prepared to marry her – yeah, she pretty, but…

This is the second year of COVID-19 and while last year was full of frustration, trials and temptations, we are well on our way to weathering the storm. But as to how long COVID-19 will be with us, we are living from day-to-day, and come to think about it, a day is all that we are given. We were born in a day, live in a day and one day will die in a day.

So here we are facing the agony and shame of death by crucifixion, but thanks be to God it does not end on the cross, for because of the cross, we have peace with God our father and assurance of heaven as a result of believing in God’s only begotten son, whom he gave to the world to save us from our sins.

Yes, he died and was buried according to custom, but to Mary Magdalene and Mary the mother of James and Salome, strong hope remained in their breasts that he was the Jesus of miracles and somehow, he can find a way so they would be able to see him once again. Imagine going to the cemetery in the darkness to anoint someone whom the undertakers had already prepared for burial. Wow! What great faith these women had. You see, they were not only admirers of Jesus, but amazement gripped them as they watched him heal the sick, made the lame to walk and the deaf and dumb to regain their senses. They even watched him raise the dead on more than one occasion! The hymn, “I stand amazed in the presence of Jesus” says “I stand amazed in the presence of Jesus the Nazarene, and wonder how he could love me, a sinner condemned unclean. How marvelous! How wonderful! And my song shall ever be…”

What great news from the graveyard – he is not here, but is risen from the dead! He is not here where doubts, dismay and fears exist. You have to find him where positiveness, high expectation and faith reside!

He is not here, but is risen. He is not here in the graveyard where idleness, slothfulness and laziness reside for the harvest is plenteous, but laborers are few. Don’t look for him where aborted opportunities to better one’s self was lost in the haystack of no vision

No, you won’t find him where deceit, dishonesty, exploitation of the poor, the downtrodden and blatant advantage of the masses are huddled, and neither will you find him where wolves are disguised as sheep, nor where thieves break in and steal what is due to others.

Let us take this time to change our “graveyard locations” that have been keeping us down as a people for so long. It is a new day, a new season, a new mandate, a new forward, onward, upward and together thrust. If we move in faith and love together as a people, we can break down walls that enclosed us rather than walls that protected us. God is expecting us to make a move and make it quickly if we are to survive.

Reach out to God 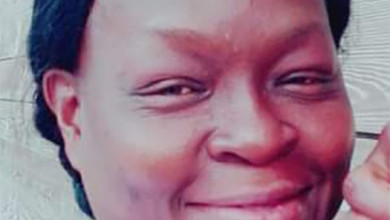 He is still the God of yesterday, today and tomorrow