It was a sizzling night for Bahamian collegiate basketball player Bradley Lightbourne as he poured in a season-high 28 points to help the Kansas City Kansas Community College (KCKCC) Blue Devils take down the North Central Missouri College Pirates, 82-70. The game was played at the KCKCC Fieldhouse in Kansas City, Kansas, on Monday.

Also playing for the Blue Tigers is Bahamian Joshua Dames. He finished with three points as the Blue Devils now have a 10-6 win/loss record on the season. The Pirates are 6-9 on the season.

In action over the weekend was Malachi McCoy who finished with a double-double – a team-high 16 points and a season-high 15 rebounds for the Benedict College Tigers (11-3) in a 111-68 win on Saturday. They took down Edward Waters University at the HRC Arena in Columbia, South Carolina.

Lightbourne and Dames played in their first game since December 15. Lightbourne played 33 minutes and was able to shoot 9-for-14 from the field. He was able to get to the foul line frequently that night, finishing 9-for-12 from that mark. He was also able to come away with eight rebounds and five assists. Lightbourne added two steals.

Dames finished with three points as he shot 1-for-3 from the field to go with three rebounds and an assist. He also had two steals.

Lightbourne, who hails from Harbour Island, tipped off the game with a made jump shot at the 18:46 mark in the first half to give his team a 2-0 lead. That made shot started an 18-0 scoring run that ended with 14:18 left in the half as the Pirates made a three-point shot to get on the scoreboard, 18-3. Dames made a three-point shot with 15:06 remaining to put the Blue Devils up 18-0.

Lightbourne and Dames return to action on Saturday January 15 when the Blue Devils host Labette College. That game is set to get underway at 5 p.m. Eastern Time.

It was a dominating performance by McCoy and his squad on Saturday as he was one of six Tigers players in double figures as they won their 10th straight game. Coincidentally, it led to the Tigers scoring their highest point total of the season. The Tigers had a season-best 16 made three-pointers.

McCoy shot 6-for-11 from the field and was 1-for-3 from deep. He added two blocks and two assists in 22 minutes. This was McCoy’s fifth straight game where he had double digit rebounds.

The Tigers’ offense was too much for Edward Waters as they took a quick 19-2 lead in the game and never trailed. By the half, the game was a foregone conclusion as they led 60-29.

McCoy and the Tigers will head on the road to play the Morehouse College Tigers (8-6) on Saturday January 15 at Forbes Arena – McCafee Court in Atlanta, Georgia.

Roberts, Fox perform well in tennis over the weekend

Jones notches double-double in a victory 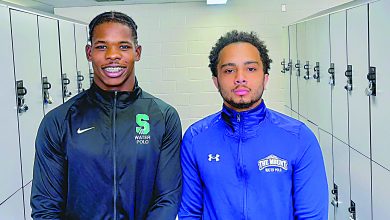 Miller, Wallace-Whitfield back in the pool 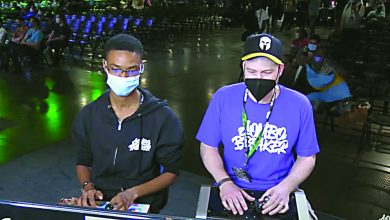 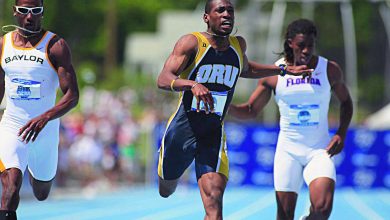 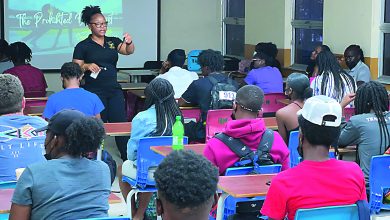