The government intends to use loans and money from dormant accounts to fund the newly-created Ministry of Disaster Preparedness, Management and Reconstruction, Deputy Prime Minister and Minister of Finance Peter Turnquest revealed yesterday.

He stressed, however, that funds donated to relief efforts will not be used to fund the ministry.

“But to the extent that there are budgetary needs for them specifically, there are a number of places that we can draw from. As you know, we are taking funding from the international community through donors, as well as through the contingent line of credit that we have drawn down on, as well as the dormant accounts, we’re taking some money from that, which as you know when we did the legislation was designated toward disaster relief,” Turnquest told reporters outside the Churchill Building on Tuesday.

“So it will take a combination of different funding sources to make sure that the ministry has what it needs to be effective.”

In the wake of Hurricane Dorian, the government has received millions in aid from various countries and charitable organizations, however, Turnquest said he doesn’t know the total amount of donations.

These donations, he said, would be used to fund the services the ministry provides.

“For instance, monies that were donated may be allocated to shelter, maybe designated for the reconstruction of infrastructure that is critical to getting people back into those communities. We are very careful about how we use donor funds in particular, I want to be clear about that,” he said.

“Donor money is going toward the intended purpose of assisting people, not for public infrastructure, not for administrative costs. It’s going to the people where it’s intended to go.

Regarding staffing for the new ministry, Turnquest said human resources would come from already established ministries and agencies, including the National Emergency Management Agency (NEMA).

“There are a number of adjustments that would have to be made, but again some of these functions that this ministry will undertake will draw on services from other ministries,” Turnquest said.

Turnquest said his hope is to have the prime minister’s plan for special economic zones in Grand Bahama and Abaco be established by the end of this week.

“The order is on my desk to sign, we’re doing a few tweaks to it and today we will get clarification on a couple of points to make sure we have the document drafted as the prime minister intended,” he said.

“So, hopefully on Thursday the latest we will have that order out in full detail, with the details behind it as to how people will access the various incentives in that order. All of the provisions are intended to be immediately available and as the prime minister said, it is a three-year period that he envisions for the benefits to be available for the reconstruction efforts.”

Prime Minister Dr. Hubert Minnis announced on Sunday that in addition to setting up the special economic zones, the government is also providing a special $10 million facility for businesses, that will be administered by the Small Business Development Centre (SBDC).

The deputy prime minister said as many as 50,000 people could benefit from these initiatives.

Turnquest added that international assessors are expected to arrive in the country next month and are scheduled to fly into the areas affected by Hurricane Dorian to do an official economic assessment on October 1 and 2.

A report will be made available to the government shortly thereafter.

Damage to GB, Abaco fisheries and agriculture in excess of $80 mil. 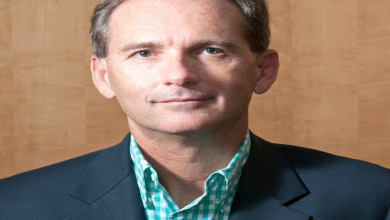 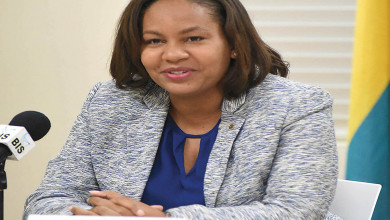