The Ministry of Transport and Local Government announced via a press release yesterday that elections for local government on Family Islands have been postponed to a date to be determined.

“The Ministry of Transport and Local Government wishes to announce the postponement of the local government elections in keeping with the Emergency Powers, (COVID19)(Special Provision)(Amendment)(No. 5) Order 2020, Section No. 3,” the statement read.

“The elections will now be held within three months of the cessation of the Emergency Powers Orders.”

The elections were set to take place this month.

The Local Government Act states that local government elections must take place every three years, with the last one taking place in June 2017.

The emergency powers orders came into effect on March 20, shortly after Governor General C.A. Smith declared a state of emergency on March 18.

The state of emergency has since been extended three times and is currently set to expire on June 29.

Dames expects crime to continue to trend downward, even when curfew lifted

Montagu vendors plead with govt to let them reopen

PM: $1 billion difference in pre-election numbers and the truth 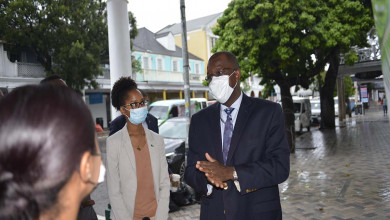