In the words of Mahlia Neely, success is not some abstract idea that comes and leaves inexplicably, randomly gracing some and skipping others. But rather, she says it is a definite, attainable entity that is only tangible if one makes it so. She says success is in front of all us, and that you have to see it, want it, work for it, grab it – and then you can celebrate, set it down and work toward the next success.

As for Dehron Smith, he believes everyone is equal which means nothing is impossible, and everyone should run their own race and not compare themselves to anybody. He believes in patience, and allowing your dreams and plans to develop.

Neely, 18, a 2019 Queen’s College (QC) graduate, and Dehron Smith, a 2017 Nassau Christian Academy (NCA) graduate, are two people that worked towards their success and saw it pay off, having been named the 2019 recipients of the All-Bahamas Merit Scholarship (ABMS), which is historic as for the first time in 25 years of the scholarship offering two people received the prestigious award in one year, including Smith, having received the award two years after graduating high school.

Smith, a United World College (UWC) scholarship recipient who recently completed studies in Hong Kong, was eligible to receive the ABMS award this year, two years after graduating high school, and after completing the UWC program which is considered an extension of a high school program; therefore, applicants for the ABMS and National Merit Scholarships (NMS) can apply once the two years are completed, according to Ministry of Education officials.

Once applicants start an official tertiary-level program, they will be considered ineligible for the ABMS/NMS.

Neely and Smith are the 24th scholars to receive the AMBS since the introduction of the award in 1993.

Luke Carey, a 2017 graduate of St. Andrew’s International School who completed the IB (International Baccalaureate) program this year, is the 2019 ABMS runner-up.

For the first time, a home-schooled student, Madisson Symonette, a graduate of Lakeview Classical Academy, received a National Merit award.

Neely was overjoyed at being named ABMS which she said would go a long way in assisting her parents, Tyrone and Corrine Neely, as she pursues studies in English at Vassar College, with a view to becoming a writer or an author.

Neely had also applied and was offered scholarships to other institutions of higher learning, including a United World College scholarship to Hong Kong, but declined so that she could accept the ABMS award and study at Vassar, the school that did not offer her any scholarships, ironically.

Neely and Smith were among 17 young scholars honored during the 25th annual ABMS and NMS awards at Government House on Thursday, August 8. The ABMS is the highest level of merit scholarship awarded by the government.

NMS is the second highest level of merit scholarship awarded by the government, and can be awarded to multiple Bahamian applicants. The scholarship has a maximum value of $25,000 per year for up to four years and is tenable at accredited universities, colleges or institutions, locally and abroad.

Going into the process, Neely knew she had a strong application and she said her interview went well, so she felt confident, but was still nervous for the outcome, which went in her favour.

The journey to being named ABMS wasn’t by chance. Neely said to get the result she knew she had to put in the effort.

Goal-setting and making realistic and tangible ways to attain goals is how she lives her life.

“At QC we do the seven habits of highly effective teens, and one of the habits is to begin with the end in mind, so that resonated with me. We would write down our goals, and leave messages as to what it would take to get to those goals, so saying my goal is to get an A on my Spanish homework and be number one every Tuesday is something tangible that you can be accountable for. And we would have our accountability partners to make sure that we’re living out our goals and goal-setting and making realistic and tangible ways to reach that goal,” she said.

A high achiever, she was placed in the accelerated program at QC, and on the national stage after earning top scores in mathematics, science and literature in the Bahamas Junior Certificate (BJC) exams; three years later Neely received 11 A grades while in 11th grade in the 2018 Bahamas General Certificate of Secondary Examination (BGCSE) exams. She got six top scores in the country in English language, literature, history, Spanish, physics and religion, which was the first time that ever happened. She was also enrolled in six AP subjects – language, literature, Spanish, environmental science, psychology and calculus.

She’s a smart kid, but she also knew that she had to apply herself to her studies, especially in subjects that are scientific and analytic such as the sciences and that she does not have a natural affinity for.

Neely’s advice to her peers is to strive to be well-rounded.

“A lot of people focus on the academics, but I realize that once you start to apply for college and scholarships, academics is not all they want. They want to see someone who is involved in several things – community, sports, the arts, different things in your school, and in your general community. So, you shouldn’t focus on just school work exclusively.”

She also encourages her peers to surround themselves with like-minded individuals, which is what she does.

She recalled many times during high-school opting to take a nap in her homeroom during her lunch break, only to see her friends pull out their chemistry homework, which she said made her feel that she had to do it as well rather than take a nap.

Two of those like-minded people that pushed her in that way were fellow QC graduates Shone Nairn and Rhema Mills, who both received National Merit Scholarships. She said she would see them doing the work and join in.

“It just really came full circle to see how they would encourage me to do my work and I would see them do their work and think now I have to join in with them during this lunchtime when I just wanted to take a nap, and now we’re all getting recognized for it.”

When not hitting the books, Neely plays soccer, and likes to hang out with friends and family and watch Netflix, which she said is a guilty pleasure for her; she recently wrapped up watching “Gilmore Girls”. She also listens to music and says sleep is never overrated.

Neely also described Smith, her fellow ABMS winner, as a great guy, and said she was glad he received the award as well.

“I’m just glad two people are deserving of it and they (the government) are willing to make the sacrifice and give to both.”

Smith, 19, who headed to Hong Kong as a UWC scholar for a two-year-period at age 17, said the experience allowed him time to mature, and the opportunity to expose himself and take advantage of an atmosphere of empowerment.

“It gave me the opportunity to gain confidence in myself, and learn that I can have value to the people around me,” said the son of Berlin and Shirley Smith.

Smith will pursue athletic training studies at Ithaca College, New York – a switch from his initial aspiration of being an engineer, which he said could be chalked up to a combination of a few things.

“I’d already intended to be an engineer, but in the IB program we do college level math, I lost interest, looked into myself and thought of what I’d like to do, and saw that athletic training was a good mesh because it allowed me to still use my inclination for science in research, but also integrate my passion for sports as all have intrinsic competition and teamwork,” said Smith.

His advice to his peers is that in everything they do, to remember to keep God first.

To be considered for the ABMS award, applicants must have a GPA of 3.7 and above, a minimum of eight BGCSE’s with at least eight A passes, have applied to or been accepted to an academically prestigious accredited college or university, have an SAT score of 1,220 and above, demonstrate excellence in co-curricular activities, possesses an unwavering dedication to improving the lives of Bahamians and demonstrate a strong moral character and the potential to lead.

In order to be considered for the NMS, applicants must have a GPA of 3.5 and above, achieve an SAT score of 1,220 or higher, possess a minimum of seven BGCSE A passes and have applied or been accepted to an academically prestigious accredited college or university.

Smith is the first student from NCA to be awarded the ABMS. 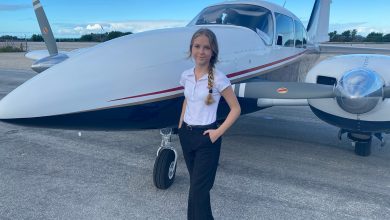 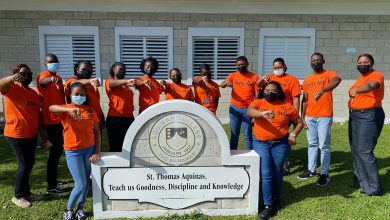