A man who admitted participating in a smash and grab robbery at the Rolex Boutique at the Atlantis resort was on Monday jailed for four and a half years.

Antoin Harvey, 32, of Palm Beach Street, was one of two men who made off with 14 luxury watches, valued at $541,850, following the daring raid at the Atlantis Resort on February 15.

They pulled off the heist around 10:55 p.m. as the store in the Coral Towers was about to close, the court heard.

Two men wearing Hawaiian shirts and straw hats entered the store and one of them broke open the Rolex showcase with a maul and they both took 14 watches and fled, prosecutor ASP Barrington Miller, said. The stolen watches have not been recovered.

Police arrested Harvey at his home on February 18.

He pleaded guilty to stealing from a shop and causing damage at his arraignment before Chief Magistrate Joyann Ferguson-Pratt.

Harvey, who did not have a lawyer, told the court that hard times caused him to commit the crime.

Harvey claimed that he and his expectant girlfriend were facing eviction.

Harvey said, “I made an honest mistake, please be lenient on me.”

However, the magistrate was unmoved.

Ferguson-Pratt said, “You chose to go to a premier resort and threaten the tourist product. No one wants to go on vacation to a place where there is threat of criminal activity. There is never a justifiable reason for doing wrong.

“The court must show that it has a zero tolerance for this type of activity, particularly in a premier touristic area.”

Harvey pleaded not guilty to a charge of conspiracy to commit stealing from a shop.

The prosecution will determine whether the charge will be withdrawn on May 13.

Harvey is due to appear before Ferguson-Pratt on that date on an unrelated armed robbery conspiracy and receiving case.

Prosecutors allege that Harvey conspired to commit armed robbery on January 3, 2020 and received $400 that belonged to Aliv on the same date.

PM calls opposition ‘visionless’ as he doubles down on reducing unemployment 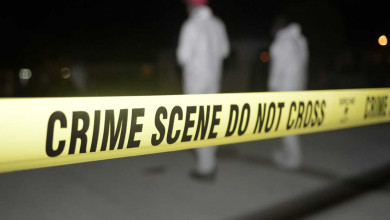