A Royal Bahamas Defence Force marine was yesterday charged with a weekend shooting.

Prosecutors allege that Moncur opened fire on a car that was reversing out of a driveway in Millennium Gardens around 2 a.m.

Crystal Horton was wounded in the shooting and the Mazda Demio she was driving sustained $1,500 in damage.

Moncur was not required to enter pleas to the charges when appeared before Chief Magistrate Joyann Ferguson-Pratt.

Moncur returns to court on January 28.

In the meantime, he’s been freed on $18,000 bail. As a condition of bail, Moncur has to report to the Grove Police Station once a month. He’s also barred from having any contact with Charlton.

Meanwhile, four marines were acquitted of charges stemming from an incident at the Farm Club in Abaco on August 22, 2020,

Prosecutors had charged Lamon Johnson, 36, of Chippingham, with possession of a firearm with intent to put another in fear.

The charges arose after Johnson was accused of cocking his service revolver putting Erica Johnson and Eliandra Cooper in fear.

The complainants in those matters told the court that they no longer wished to proceed with the case.

The court also discharged Lamon Johnson, Darville, Shavargo Greene, and Yocomica Bethel, of violating the curfew intended to slow the spread by COVID-19 by being at the club at 11 p.m.

Bjorn Ferguson and Ciji Smith-Curry represented the accused in both cases. 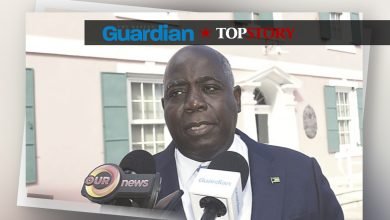 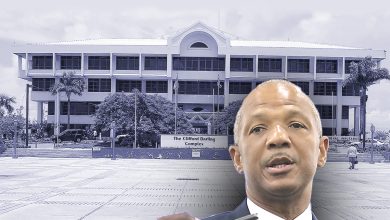