I just want to remind all readers that rape is not sex. Rape is violence and violence is a crime. Rape is forced (emotionally, psychologically or physically), unwanted sexual intercourse. Be reminded that actual penetration is not needed to be classified as rape. Rape can also be defined as any action or behavior that violates another sexually even when sexual intercourse is not involved.

Carefully note that “force” does not mean that physical pressure is needed to be used to be categorized as rape. A husband or single man can use intimidation or emotional subtleties to trick the woman to have sex against her will. He may even use sacred scripture to manipulate her thoughts and to bring her to emotional subjection to have sex. That is rape. It is sex without the will or consent of another person.

The biggest discussion is still about whether or not a husband can rape his wife. Then, far too many either refuse to understand and accept that marital rape actually occurs in our country or are being misguided by so-called spiritual leaders that a husband cannot rape his wife. This misguidance is creating a toxic faith that gives a bad name to Christianity. This kind of spiritual or religious abuse is prevalent in our country.

Why is it so difficult to understand that many of the laws we have inherited from the colonial days are not based on biblical teachings of equality of the genders but on the unscriptural notion that women are the property of men? An example of this is the description of marriage found on the legal books of some countries more than 150 years ago, which read: “The husband and wife are one and that one is the husband.”

I am proposing that if we understood and accepted fully gender equality as a God-given right for all, there would be no debate on the proposed marital rape law. On the other hand, we need the law to protect everyone from those who refuse to treat others with respect and love.

Understood correctly, Christianity is the only faith in the world that teaches that both men and women have equal voice, vote, and power. Ironically, it is the religion that has done more damage and waged more pain on its people than any other faith.

Why is it so difficult to believe the stories of real pain and misery experienced by so many wives in our country? Why is it so difficult to accept that many of the mental health professionals (including myself) and sometimes pastors, often listen to the painful stories of wives who have been raped by their husband? We see the tears. We see the wounds and sometimes lifelong emotional scars. Many of the raped wives have been laughed at by (some) police, family members, friends and spiritual leaders. Are the tears not enough? Are the visible scars insufficient evidence to convince you of the reality of this most painful violent act — marital rape? What is it going to take to convince you?

I’ve seen the tears as they flowed down the saddened cheeks of countless women who felt trapped and confused. I’ve heard the wailing, painful cries of many women whose husbands treated them like trash and mere sex objects. The sad part is that many men have been educated and socialized to believe that women are to be used, hence they are not aware of their own abusive behavior. How sad!

Three of the most shocking statements I’ve heard by those who oppose the proposed marital rape law are “my husband can take it whenever he wants”; “the Bible says my wife’s body belongs to me, so she must never refuse me”; and “a husband cannot rape himself”. All of these statements are based on a false concept of the value of women and a misinterpretation of scripture.

When a husband says that “the Bible says my wife’s body belongs to me, so she must never refuse me”, he is giving a number of negative messages. First, that his wife has no control over her body and that she is the property of her husband. Second, the sex drive is the dictator to one’s behavior and not reason. Third, that his opinions and feelings are always more important than those of his wife’s.

When a wife says “my husband can take it whenever he wants”, this suggests that she has been mesmerized and duped in the teaching that she is only a piece of property. And also she has not been painfully raped by her husband.

When a wife charges her husband with rape, it is usually after many years of abuse and feelings of hopelessness. If it is the first time he raped her, the rape is often at the end of many years of emotional, psychological and sometimes other kinds of physical abuse and intimidation. Remember that rape is not sex. It is violence.

Husbands, if you are so enthralled by sex that you cannot understand or observe and appreciate your wife’s own pain and discontentment in the marriage, then you are acting like an animal without reason — only instinct.

Marital rape is real. Let’s put an end to it. Men, let’s control ourselves. Let’s stop acting and thinking of our wives as sexual property. Let’s love them with a passionate, Godly love that elevates and does not destroy.

The changing scenes of life 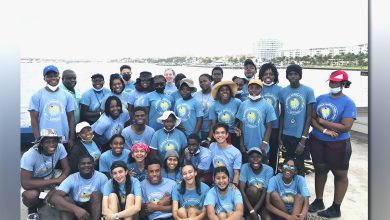