Okay, so I’m not the biggest fan of the original “Mary Poppins”.

Sure, Julie Andrews was great and deserved that Best Actress Oscar for this 1964 classic. And the mix of live-action and animation was fun. And who doesn’t love the great music and the unforgettable songs like “Supercalifragilisticexpialidocious” or “Chim Chim Cher-ee”?

But as musicals go, 1964’s Best Picture Oscar winner, “My Fair Lady”, is far more enjoyable, and stands as one of the very best of the genres, ever. And for me, “Mary Poppins” has always been something mainly for the kids, with probably too much more than just “A Spoonful of Sugar” for my liking.

Again, that’s just me, perhaps! And over the last five decades, “Mary Poppins” has remained one of the best-loved movie musicals of all time. So, to even contemplate a sequel to this beloved classic was a bold move, but here we are with “Mary Poppins Returns”.

Be thankful it isn’t a remake, which surely would have been one of the ultimate sins. A follow-up story is, in theory, not a bad idea. And in the hands of Director Rob Marshall (who was at the helm of the Oscar winning “Chicago”), and starring the amazing Emily Blunt, along with Broadway wunderkind Lin-Manuel Miranda (who wrote the music and lyrics for and starred in the acclaimed “Hamilton”), what could go wrong?

Set some 25 years after Mary Poppins first impacted the lives of the Banks children, Michael Banks is now an adult with three children, and learns that his house will be repossessed in five days unless he can pay back a loan. His only hope is to find a missing certificate that shows proof of valuable shares that his father left him years earlier. Just as all seems lost, Michael and his sister, Jane, receive the surprise of a lifetime when Mary Poppins – the beloved nanny from their childhood – arrives to save the day and take the Banks family on a magical, fun-filled adventure.

There’s a lot to like here. Compared to the original’s, the main storyline is a bit more complex, slightly darker and more mature. But it’s also not earth-shattering, and will seem familiar to anyone who’s watched family-friendly fare from Disney, with the usual wolf-in-sheep’s-clothing-type conflict.

Strong performances abound. The three children, played by Pixie Davis, Nathanael Saleh and Joel Dawson, are fantastic. Ben Whishaw and Emily Mortimer as the grown Michael and Jane Banks also do fine work. And there’s a multitude of outstanding supporting players, including unforgettable cameos by Angela Lansbury and Meryl Streep, who nearly runs away with the whole picture during her brief performance.

The star is, of course, Blunt, who is truly a gift to the cinema. She is not playing or mimicking Julie Andrews – she’s made that very clear, and doing so would have been a mistake. Instead, Blunt’s Mary Poppins has a bit more of a kick and quite a lot more sass and starch.

However, at times it feels like Blunt is holding back. While it would have been problematic for her to overplay her hand, for at least half the film, it feels like Mary Poppins is a supporting character – mere window dressing – while all around her, there’s this exuberance from practically everyone else in the cast.

From at least the start of the second hour of this 130-minute flick, Blunt is playing second fiddle to Oscar-winner Colin Firth’s bank president and Miranda’s Jack. In fact, it wouldn’t have been surprising if this sequel had been named “Jack the Cockney Lamplighter”. Miranda is very good – really, really good. But this is supposed to be about Mary Poppins, right?

Then there’s the music. I’m not sure there’s a “Supercalifragilisticexpialidocious” or “A Spoonful of Sugar” amongst any of these songs. I certainly didn’t walk out of the theater humming any of them or even remembering much about them. But perhaps, over time, and with multiple viewings, “Can you Imagine That?” or “A Cover is Not the Book” or “Turning Turtle” could become something people sing somewhere and some point, maybe. “Mary Poppins Returns” is fun, cute and entertaining (see it for Streep alone!). But that feeling after watching “Chicago”, where you knew you’d just witnessed something ultra-special, is not quite there. And it’s definitely not quite as magical as the original “Mary Poppins”.

And that’s coming from someone who isn’t that movie’s number one fan.

Spider-Man: Into the Spider-Verse (Rated B)

If you’re one of the sub-Neanderthals among us who believe you shouldn’t waste your time or money watching a “cartoon” in a movie theater, well, number one: seek help; and number two: stop it! And rush to see “Spider-Man: Into the Spider-Verse”.

We’ve been inundated this year with comic-book superhero movies, some of which have shattered records. And yet, in such an historic year, this animated picture must go down as one of the best of the breed.

It’s also one of the best movies of any kind featuring Spider-Man!

Bitten by a radioactive spider in the subway, Brooklyn teenager Miles Morales suddenly develops mysterious powers that transform him into the one-and-only Spider-Man. When he meets Peter Parker, he soon realizes that there are many others who share his special, high-flying talents. Miles must now use his newfound skills to battle the evil Kingpin, a hulking madman who can open portals to other universes and pull different versions of Spider-Man into our world.

While watching this wonderfully detailed, clever and insightful film, I couldn’t help thinking this would be amazing as a live-action picture. But that would rob us of the beautiful animation. It’s so refreshingly un-Disney or Pixar-like! Blink or squint and you’d swear you were watching something live-action.

It’s amusing and fast-paced, with highlights being Jake Johnson (TV’s “New Girl”) as an older, more bloated and much more jaded Spider-Man – very similar to, but not as crude as fellow Marvel hero Deadpool.

The entire voice cast is also stellar. This is great fun for children and adults alike.

“Spider-Man: Into the Spider-Verse” is better than many of the Marvel Universe live-action features and superior to almost anything featuring DC characters since “The Dark Knight”.

Yes, those are fighting words! But the truth often hurts.

And for the animation-phobes out there, most of today’s pictures, especially the so-called “action” films are pretty much all largely computer-generated imagery now, so what’s the big difference?

Panthers short-handed against the Rockets

Are you ready to play? 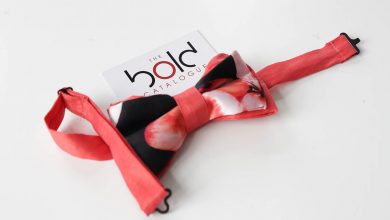 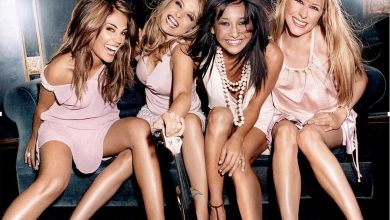 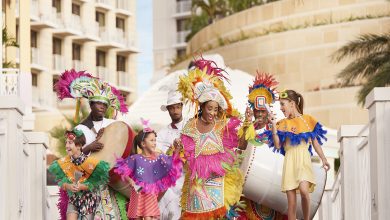