Once the committee reads through the new draft, Bethel said he may present the bill to Cabinet for final approval either next week or the following week.

“(Retired Justice) Dame Anita Allen is working with the Law Reform  Commission now to put all of the different suggestions that we deem to be workable, because not everything suggested is workable at the present time, into the redraft of the bill,” Bethel said.

“That will then be submitted to me, I’m told, by the end of tomorrow (Friday) afternoon. Then on Saturday or Sunday I will organize a meeting of the ministerial committee, the subcommittee of Cabinet that has been charged with this consultation process, and we will go through the bill line by line.

“We are trying to see if we are in a position whether or not we should bring it forward either this week or next week for Cabinet to approve at the end of this process.”

In July 2018, the CARICOM Regional Commission on Marijuana recommended the declassification of marijuana as a dangerous drug in all legislation and the reclassification of the drug as a controlled substance, noting it should be treated similarly to tobacco and alcohol.

One month later, Cabinet approved the makeup of a committee to examine the issue of marijuana in The Bahamas and make recommendations to the government.

The commission also recommended the decriminalization of possession of up to one ounce of the substance. But it remains unclear whether that will happen.

Bethel could not say if that provision will be included in the new draft.

He noted that it was important for the government to consult with various parties before finalizing the bill.

“So we consulted with the Bahamas Christian Council, initially,” he said.

“We are awaiting some comments from them, although there were a number of suggestions made during the course of the meeting with the council. It was over ZOOM.

“We’ve had meetings with potential entrepreneurs, investors potentially, Bahamians who are living abroad, who already have businesses in terms of the dispensation of cannabis edibles and other things like that.

“So we had both Bahamians who are resident here and Bahamians resident abroad, who were on the call, along with the minister of agriculture. We discussed other issues, including the development of a hemp industry. The definition that we are going with is that anything that has THC within the cannabis plant of more than 0.3 percent is considered psychoactive and, therefore, within the remit of the Dangerous Drugs Act.

“Anything with less than 0.3 percent of THC is not psychoactive, does not meet the standard of being a dangerous drug and is available and will be available in due course to the development of various cannabis, hemp industries.

“So that’s done. We’ve now had further consultation last week with the pharmacist and the medical council and also doctors who were on the call and we received valuable input from them.”

Minister of Agriculture and Marine Resources Michael Pintard last year committed that Bahamians will benefit from any commercial production of medical marijuana or industrial hemp.

While Bethel said the government has consulted with the BCC, the council said last year that it does not support the move.

The BCC said “marijuana, or the introduction of a hemp industry, is simply not the solution that the country is seeking or needs to address our many woes”.

“We fought for years to remove the stain the drug industry left on the reputation of our country,” it said.

“We should, therefore, steer clear of any invitation to repeat that dark and devastating period.”

Eighty-four percent of Bahamians surveyed in a poll last year said they support the legalization of cannabis for medical use.

PM to meet with medical community on state of emergency 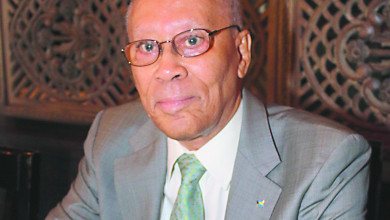 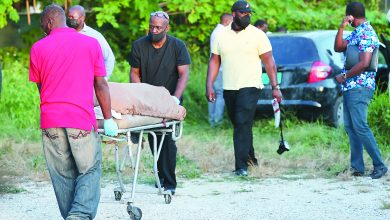