Former Bahamas Electricity Corporation (BEC) Executive Chairman Leslie Miller yesterday called the top management at Bahamas Power and Light (BPL) “clueless” about how to remediate the generation shortfalls that have been plaguing the capital for months now.

“These guys are clueless. When I say clueless, clueless. One of the problems is, the engines we use on New Providence are not the same that the people there from Freeport are accustomed to,” Miller told reporters at Pat’s Senior Citizens Home and Day Care Center yesterday.

“And bringing in the people from the States as the prime minister did last week made no sense. The engines are European-made engines, they are not American engines, so those guys only came for a trip to look around. That’s all they came for, that’s the fact.”

Miller, who served as BEC chairman during the last Perry Christie administration, questioned whether BPL will be able to collect insurance to cover the two engines that were destroyed last September during a fire at its Clifton Pier power plant.

“Now what y’all need to appreciate is, and I’m disappointed in the press, two major engines went out at Clifton about [a year] ago now, major engines, 31.5 megawatts of power that’s going to cost about $70 million that the insurance company is now saying they’re not going to pay for,” he said.

“That was done at night because someone decided that they wanted the light on, who was going out Lyford Cay or wherever they were going and told those men to turn it on. Reluctantly they did, and I understand that’s how the engines burned down. That’s $70 million that someone has to come up with, either the government or the insurance company. What I understand is the insurance company is reluctant to do so because they are saying it’s not the fault of the engines itself, so somebody has to come and be clean to the Bahamian people. Why did those engines burn down? Who is responsible for them? Who is going to replace them?”

Last week BPL Chairman Dr. Donovan Moxey said there could be a settlement with BPL’s insurance provider within the next month.

BPL requires 250 megawatts of power to meet peak demand on the island, however it is currently generating 210 megawatts between the Clifton Pier and Blue Hills power plants.

BPL’s Chief Executive Officer Whitney Heastie has said he cannot guarantee when load shedding will end as work continues on the installation of a new power plant at the Clifton Pier site, which was originally expected to be completed next month, but is now estimated to be done in December.

“To equate what is going on in this country, on New Providence, with what took place when our leader here (Progressive Liberal Party Leader Philip Brave Davis) was the minister responsible for BEC is not only like night and day, it’s like going from here to space,” Miller said.

“And you all appreciate the fact that when we got to BEC in 2012, in July, when the honorable minister appointed that board, the first thing we did was put our emphasis on Clifton Pier, because Clifton Pier was neglected for about 18 months, the engines were not serviced for that amount of time. God bless the chairman who was there and others. 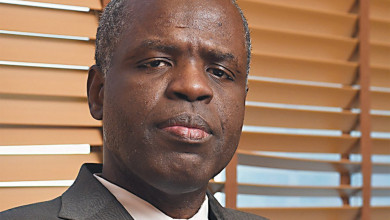 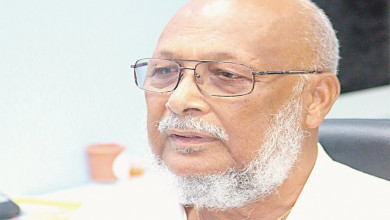