Golden Isles MP Vaughn Miller revealed yesterday that he joined the Progressive Liberal Party (PLP), noting that it was time for him to do what was “best for me”.

Miller was elected as a Free National Movement (FNM) MP in 2017 but resigned from the party in December 2019 to become an independent.

“…After careful reflection, I’ve decided, Mr. Speaker, to join the Progressive Liberal Party,” Miller said in the House of Assembly.

Miller said he spoke to PLP Leader Philip Brave Davis about joining the party and running as its candidate for Golden Isles during the next election.

In a statement issued shortly after Miller’s revelation, Davis said Miller called him yesterday morning to inform him that he had decided to join the PLP.

“I have been speaking to him for some time,” Davis said.

“I think his experience mirrors that of many Bahamians who wanted to believe the promises made by the Free National Movement in 2017, but who came to realize that this government has neither the intention nor the capacity to keep those promises.”

“I have been in constant conversation with my wife,” Miller said.

“I have spoken to members of my family, constituents, church leaders, religious leaders and others. I’ve also thought and prayed long and hard and it has become extremely clear to me what I must do.

After the government brought a resolution in October 2018 seeking Parliament’s blessing to lease Town Centre Mall — owned in part by St. Anne’s MP Brent Symonette who was a Cabinet minister at the time the lease was agreed to — Miller, Centerville MP Reece Chipman, Bains and Grants Town MP Travis Robinson and Pineridge MP Frederick McAlpine rejected it.

In 2018, Miller, Chipman, Robinson and McAlpine also voted against the government’s decision to raise value-added tax from 7.5 percent to 12 percent.

Miller’s comments came as he contributed to debate to extend the state of emergency in The Bahamas to October 31. The country is in the middle of battling the COVID-19 pandemic and has been under a state of emergency since March.

“What concerns me in regard to this resolution is that — and many persons have brought it to my attention and asked me my thoughts on it — with us here [debating] the resolution to extend but on the weekend in the constituency I represent, the Golden Isles constituency, a group of persons were campaigning,” he said.

There was a video circulating on social media that showed FNM supporters in full party paraphernalia walking through a community. The group wore shirts that read “Golden Isles”.

“As a matter of fact, in the churches, do you know what the limit was? And in gatherings at cemeteries, do you know [what] the regulation was supposed to be? But, it seems as if it is different when it comes to politics and to campaigning.”

He said he listened for reason to support the extension.

However, he noted that he did not hear anything “sufficient for me to support the resolution to extend it”.

The extension was passed with three MPs voting against it, including Miller, Exumas and Ragged Island MP Chester Cooper and Central and South Andros MP Picewell Forbes.

Davis welcomed Miller to sit with the opposition’s parliamentary caucus.

He noted that Miller could have chosen to leave the public service.

“…Instead, he wants to work for change and hope and relief,” Davis said.

“As a young man in Green Castle, Eleuthera, he dreamed of helping people and building a stronger nation. We share the belief that when things get hard, you work even harder. I welcome him to the Progressive Liberal Party. There is a lot of work ahead. It’s an all-hands-on-deck moment.”

He said he looks forward to the work “we will do together for the people of Golden Isles”.

Cooper said yesterday that it was “a jubilant day in this Parliament”.

“I want to express this great happiness and triumph as I welcome the member for Golden Isles to the fold of the Progressive Liberal Party,” Cooper said in the House of Assembly.

He added, “I wish to discuss how delighted I am on behalf of my colleagues, on behalf of the parliamentary team, party officers of the Progressive Liberal Party, supporters everywhere and the supporters in the Golden Isles constituency.”

Cooper said Miller has always spoken with “passion and courage”, noting that he has always “admired” Miller’s contributions to the House of Assembly.

The PLP now has five seats in the House.

Easing up, but curfew remains 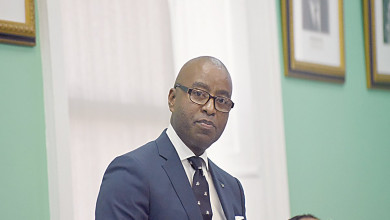 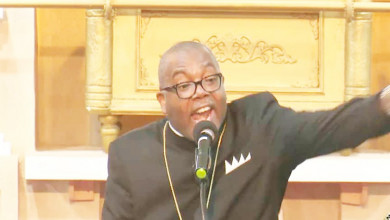 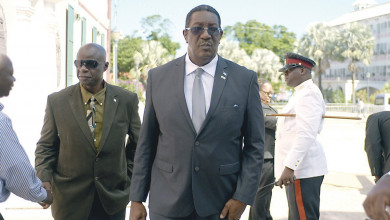