TOKYO, Japan – Sources close within Shaunae Miller-Uibo’s circle have confirmed that she will run both the women’s 200 and 400 meters (m) at the Games of the 32nd Olympiad currently ongoing in Tokyo, Japan.

The Bahamian track and field superstar, who was denied the opportunity five years ago, has apparently determined, in consultation with her team, that this is the best course of action to take.

It was something that Miller-Uibo always wanted to do, but a conflicting schedule prompted her to lean toward one event over the other and that event was the women’s 200m, seeing that she already has the Olympic title in the longer race.

After running both events at the Bahamas Association of Athletic Associations’ (BAAA) Junior and Senior National Track and Field Championships at the end of June, Miller-Uibo was asked again if she would consider doing both events in Tokyo and she simply said, “We’ll see.”

With World Champion Salwa Eid Naser, of Bahrain, serving a two-year ban for a “whereabouts failures” violation and world leader Christine Mboma and Beatrice Masilingi, both 18-year-olds of Namibia, out of the Olympics due to high testosterone levels, Miller-Uibo would be an overwhelming favorite for the gold medal in the women’s 400m in Tokyo, lining her up to repeat as Olympic champion.

The 200m is a far more daunting task, but the 27-year-old Bahamian is up to the challenge.

A total of six women have run under 22 seconds in the women’s 200m this year and Miller-Uibo is not one of them. She has gone as fast as 21.74 seconds in her career, at the Diamond League title in Zürich, Switzerland, in 2019, but has a modest season’s best time of 22.03 seconds.

American Gabrielle Thomas became the second-fastest athlete of all time over that distance behind the late Florence Griffith-Joyner, running a stunning 21.61 seconds at the US Olympic Team Trials in June. Shelly-Ann Fraser-Pryce, the 12-time global champion from Jamaica, has run a personal best time of 21.79 seconds this season and her compatriot Shericka Jackson has found her form in that event this season, running a personal best of 21.82 seconds and ending Miller-Uibo’s four-year unbeaten streak in the women’s 200m.

Additionally, there are athletes such as Dina Asher-Smith, of Great Britain, Marie Josée Ta Lou of the Ivory Coast, Elaine Thompson-Herah of Jamaica and Americans Jenna Prandina and Anavia Battle who have all ran well this season.

Be that as it may, Miller-Uibo will certainly be the favorite for the gold medal in the women’s 400m and a strong contender for a medal, potentially gold, in the women’s 200m.

Miller-Uibo could run as many as five races in three days and six races in five days should she advance to the final of both events. She could also become just the third athlete in history to win both the 200 and 400m at a single Olympics with Michael Johnson, of the United States, and Marie-José Pérec, of France, being the other two. 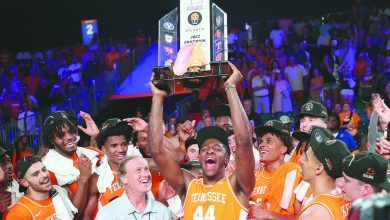 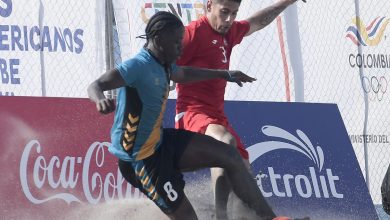