Former Minister of the Environment Romauld Ferreira refused to approve the environmental permits the cruise company needed to move ahead with the project, stating in March 2021 that “The cruise ship industry can never be termed environmentally sustainable, never.”

Carnival had just a month prior lamented the “exhausting” process of receiving permits to begin construction on its projects.

St. George, speaking to the media following the groundbreaking ceremony on Thursday, said while there will be some turbidity, she is convinced the project will overall be environmentally sound.

“They often say just when you are on verge of giving up is when you are on the verge of success, and it turns out this just fell into place. And it has to be a matrix of everyone coming together because no one party could make this happen. It had to be something with the caliber of Carnival that designed something so well that’s been coming to this island for 30-40 years now and wanted to do something for our island,” she said.

“And so, over the years we just continued to work at it and work at it and never give up hope. Then the government came into play because you have to imagine there’s a lot different aspects to it. One is the land and that would have all been the GBPA, and then there is the whole area below the high water mark and into the ocean which is all the government, so you have to have double sets of environmental impact studies – you have to have the one on the land which had studies of trees, birds, mangroves and all of the things that go into the environment that impact on land and preservation of the future. And then all of the environmental impact assessments over the ocean to make sure there are no barrier reefs nearby, we had to make sure the site had no coral barrier reef so there is minimal intrusion to the area.

“And the couple of coral heads that are there will be painstakingly removed and relocated, so nothing will be lost and everything will be state of the art. There’s a little bit of dredging that has to go on to get the ship onto the pier – and it’s an incredible pier, hundreds of thousands of tons of steel will go into that pier. But to get that in place there will be a little bit of dredging, but minimal disruption because all the new technology is propellers that rotate 360 degrees, and so there’s a little bit of turbidity but not that much, minimal disturbance to the environment and I think the site equally – and we have been very closely involved with Carnival and you know Carnival likes to lead the way – but it’s going to be solar powered, it’s going to have a recycling plant and it’s going to have all sorts of things that are state-of-the-art green, as well as the LNG (liquefied natural gas) fuel.”

The cruise port is expected to result in 1,000 permanent jobs and hundreds of construction jobs on the island, and was announced just a day after the government announced it had entered into an agreement with Electra America Hospitality Group for the sale of Grand Lucayan resort for $100 million.

The developers intend to inject $300 million into renovations and new amenities on the property.

“I think it’s indescribable. I think we’ve waited so long, and we have been through so much that to have all of this happen in just one week is just monumental and I think this truly gives us all the renewed energy and excitement to believe that we are moving rapidly forward. I think that’s what happens sometimes, you wait, and you almost feel like things will never change and then suddenly,” St. George said.

She continued, “I think it’s terribly exciting for everyone on the island, all of us, it ticks all the boxes. Everyone will see jobs and different activities, it’s not just a one-dimensional thing, its all aspects of tourism.” 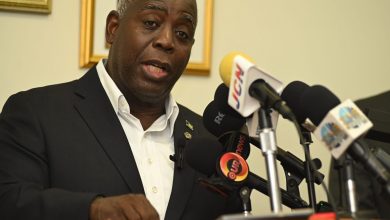 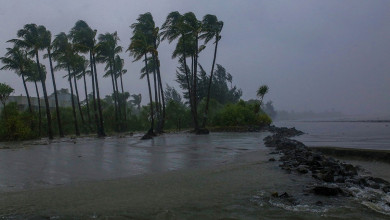