Food is different things to different people. It can be homey and comforting, divine and sinfully decadent; savory and sweet, raw and cooked, and 2018 has been another year of fantastic mouthfuls which means whittling down the many meals and sifting through everything I’ve had the pleasure to indulge in over the past 12 months to choose just a few best bites made for a daunting task to say the least.

And it had to involve more than just having enjoyed a dish or a meal. Making this best bite list meant that a dish left an indelible impression and was a menu item that I would gravitate to time and again – no matter how many times I had it because they were just that good.

These best bites satisfied my every sense in some form or fashion. Visually I may have been stunned by what was set before me and played up to my eye appeal and the fact that I eat with my eyes first. In some instances, the scents that assailed my nostrils were akin to a “heaven on earth” experience; or sizzling sounds just pulled me in. Some meals required me to eat with hands and provided the textural component that I absolutely love. But no matter what they looked like, sounded like or felt like, they all had to explode in the taste factor and literally make me sit up and take notice.

So, my best bites remind me of the perfection I consumed and the items that I gravitated towards time and time again, because I knew it would not disappoint, even when I tried to force myself to try something new.

I’ve enjoyed amazing meals that, from start to finish, I could find no fault with, while some other dining experiences had spurts of brightness here and there, but no matter – whether I was dining at a local restaurant at home or abroad – at a white tablecloth full-service restaurant, or the small and eclectic, to the takeaway, or whether it was a meal I’d made with my own hands.

There were some bites that were just memorable – whether it was an appetizer, a soup, an entrée, even a salad or dessert – in the final analysis, these delicious bites came from every quarter.

Katsuya’s wagyu with foie gras smothered in a plum wine reduction is buttery and meltingly good. To say this is a great dish is an understatement. It’s like you’ve died and gone to heaven.

And then there’s the recent addition of the usuzukuri, a visually stunning dish that doesn’t seem to be too complex, as usuzukuri simply means thinly sliced white fish, but with the addition of Sanbai-zu, candied soba and lime zest, this turns into something pretty special.

Sip Sip at The Cove

The Grouper “Reuben” sandwich which can only be found at Sip Sip at The Cove (and not their Harbour Island outpost) is like a classic Reuben sandwich – but it’s been “Bahamianized”; batter-fried local grouper is served on toasted island bread, coleslaw, Swiss cheese and Thousand Island dressing. Then there’s the carrot cake with ginger caramel that Chef Julie Lightbourne makes from a recipe she was given at age 16 by Garnell Hanna, with whom she worked many decades ago.

The duck topped with cracked Jordan almonds, with foie gras and Amaretto sauce is… was – my go to dish at Café Martinique by Chef Jean-Georges Vongerichten in Marina Village at the Atlantis. Unfortunately, this item is no longer to be had – at least in The Bahamas – as that version of the Café Martinique restaurant shuttered in October. Be still beating hearts! Café Martinique reopens in February with an all new menu.

At Mahogany House, the three-second seared salmon is one to sing praises to the gods about. It entails a quick sear in a hot pan to just barely cook the exterior while leaving the middle raw. Chef Dan Quirk applies a pink peppercorn crust and serves with pickled cucumber and red onion with crispy shallot – talk about an explosion of flavors. This dish hit all the right notes, and is one you will remember for a long time and yearn for.

There’s a reason the Caesar salad (with extra anchovies for me) is a signature item at Fi’lia by Michael Schwartz at Baha Mar. Prepared from scratch right in front of you, from the dressing to the grated Parmigiano cheese finished on a roaming cart; the delicious smells of garlic toasted croutons haunt you long after the cart has moved on. (Or could that be because this salad is constantly being made and in high demand). In the art of simplicity, it’s a handful of ingredients, and if executed properly, it’s the best thing ever with the balance and flavors.

Fish by Jose Andres at The Cove

When ordering the key lime pie at Fish by Jose Andres, don’t think pie because it looks nothing like what you would expect a pie to be, with his deconstructed take on the key lime pie – key lime cream, graham cracker crumble, toasted meringue, berry coulis and lime air – which is flavor forward and what you wished a true key lime pie was made of and would taste like. And when a lobster is cooked perfectly, there’s nothing more succulent; the whole grilled lobster with lemon-dijon mustard dressing is cooked to perfection, allowing its sweetness to shine.

88 dishes! 88 seats! Shuang Ba is the crown jewel of Baha Mar’s culinary offerings, and their Peking duck – a signature item – steals the show with its golden-brown crispy skin enrobing moist, tender meat. The whole (or half, your choice) duck is carved tableside and beautifully presented with condiments – ultra-thin spinach pancakes with scallions, crisp cucumber and Hoisin sauce. You can choose to have your duck carcass served wok-fried or in a soup – I opt for wok-fried with the pieces, spiced and packed with flavor every time.

I’ve had fork fights at Cleo Mediterraneo over the moussaka – eggplant bolognese, pine nuts béchamel, toasted panko and feta cheese. After I discovered how truly divine this offering is, I don’t want to share anymore. Their brussel sprouts with toasted hazelnuts, fresno and vinaigrette is also a must-have item. Then there’s the sticky toffee pudding with butterscotch caramel, nut tuile (biscuit) and vanilla bean ice cream and to put it as simple as possible, it’s delicious and sinful.

This is probably one of the best-kept secrets around, but at Crusoe’s Restaurants they’re doing some things right, and I’m a huge fan of their beet and feta salad drizzled with balsamic glaze which is worth tucking into. And from the “healthy” to the oh goodness you better hit the jogging trial the next day, the guava brioche bread pudding – which is a signature item of guava folded in coconut topped with brandy sauce and finished with a scoop of vanilla ice cream – is pure decadence. In its simplicity, the caramel wonder is… well… wonderful – chocolate topped with vanilla ice cream and caramelized popcorn, drizzled with caramel and finished with whipped cream. It will delight the kids, and the kid in you. My first time having it, I said I would only take two spoonfuls at most just to taste; I ended up finishing it all. And they do a wonderful coconut Johnny bread here as well, but it is only served with the conch chowder.

Cocoplum bistro & bar is the relative newcomer to the dining scene, having swung open their doors earlier this year, but chef Cecile Cathelin and her kitchen team are definitely not lightweights. I’ve not once been disappointed dining there, but for some reason if she’s offering the Tomahawk steak as a special, I must have it, even though at 32-ounces it’s a monster and the ultimate wow-factor sharing steak. It’s loaded with flavor, and this bad boy is salted perfectly. Buttery, silky and absolutely indulgent perfection (I always order it medium) is set before you. The mushroom risotto, one of the newest additions to her menu is flavor forward and luxurious and cooked to risotto perfection. And, well, I can never leave without an order of zeppole (fried dough) with mascarpone with lemon zest, no matter what else is offered as a sweet conclusion. The Italian delicacies sweet and crunchy on the exterior, pillowy soft on the inside, are served warm with a dusting of confectioner’s sugar; alongside a cappuccino nightcap, they make the perfect ending to a meal. 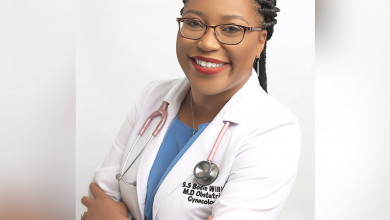 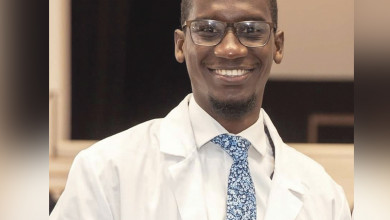 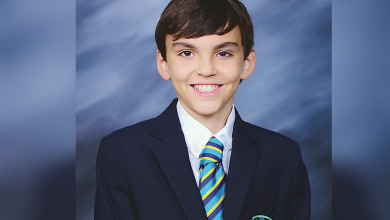 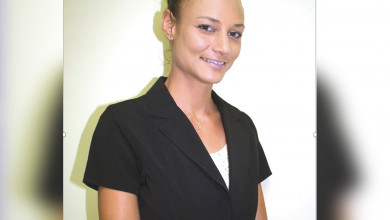