Australian architect Stephen Bell has created a bold new design that could not only change the island’s façade but also revolutionize the decrepit International Bazaar property.

Founder of Archiform, a 3D architectural design company, Bell has lived on Grand Bahama for several years, and believes the site is perfect for a “mixed-use development” which includes any combination of housing, office, retail, medical, recreational, commercial or industrial components.

According to Bell, taking the same approach of catering to the hospitality and tourism industries should no longer be the vision for the property.

“Building another shopping mall, hotels, and things like that is a waste of time,” he said.

“It will just be another disaster. It is the wrong site for that. It’s not close to the water and has no redeeming qualities for tourism.”

Bell’s mixed-use community concept was based on an analysis of the location, its most appropriate use, and a business model that works for Freeport.

“The concept that I’ve put together can handle a bit of corporate businesses, and a small Airbnb boutique hotel section at the front,” he said.

The design focuses on community, educational, medical and technological areas, he added, “because these are all industries that work beautifully together because they are all clean, and complementary. People can live in a community where everything is accessible.”

The 3D concept layout of the property shows light, commercial, retail, hospitality, the Airbnb property, a gym, a convenience store, and office spaces in the area facing the Mall Drive.

Behind that section is a courtyard enhanced with greenery. After crossing the yard, there are residences with home offices.

“So, if you are a professional or in a business that requires an office, you can be operating out of that office while living in that same area,” Bell explained.

The last section of the design showcases “straight apartments” with another courtyard for secured residential parking.

“Children can play without having to wander in the streets,” he noted.

The International Bazaar, a 10-acre complex that opened in 1967, was comprised of nine shops, 13 restaurants and six snack stores.

It also featured a straw market where local art and crafts could be purchased, and a perfume factory where visitors could create their own fragrance.

Bell surmised that Freeport suffers from “urban sprawl”. This is where cities quickly spread out over a large area with a lot of gaps in between, everybody needs a vehicle to get around, and there is a lot of infrastructure spread over a small number of people.

“If they had focused on the center first, built that out – made it comfortable and prosperous – and then worked out further from there, the area of population would cover fewer square miles than it does now, and everything would be in better shape,” he said.

“Everything would be cleaner and neater; instead, everything is spread out and nothing really gets the attention it deserves.

“So, if you forget about all the things that have been failing already – hotels, tourism – and switch back to thinking of it as a place for the people, not a place for everybody else in the world, but a place for Grand Bahamians, then you’ve got a solution.”

As an example, the Halcyon in Alpharetta, Georgia was referenced. The mixed-use project offers a combination of retail, dining and employment opportunities, as well as new homes and town home designs. It is among five similar, successful developments in Atlanta.

Questioned about an estimated cost for a project of this magnitude, Bell said the figures would vary depending on how far a developer goes with the various stages of the project.

“Talking numbers right now would be counterproductive,” he said.

“The only thing we really need to know right now is if the concept works and could be profitable.”

As for the idea being pitched to the government, the designer said the drawing was done to show residents and the government an alternative, rather than sticking with old ideas.

Bell’s 3D design can be viewed on several social media platforms, including YouTube. However, the idea has not been pitched to government.

The International Bazaar began falling into ruin after Royal Oasis Resort closed in 2004, the year Grand Bahama was hit by two devastating storms – Frances and Jeanne. Many merchants were forced to close or relocate to Port Lucaya Marketplace, as time progressed.

In the last five years, only four businesses remained on the once-thriving property.

In December 2021, the first of four fires destroyed the front portion of the edifice. Three other blazes, within nine months, left the Bazaar a burnt-out shell.

Calls for demolition have not gone unheard, as the Grand Bahama Port Authority (GBPA) began an exercise back in March, after speaking with operators of the Bazaar. Following the fourth fire early this month, GBPA President Ian Rolle said they continue to engage with owners.

“This includes representatives of the Bazaar Association and several property owners, so that demolition exercises on the dilapidated structures and buildings can continue,” Rolle said.

“The GBPA is acutely aware of the need to demolish derelict structures within the International Bazaar for the safety of all businesses and visitors.”

Bell believes the mixed-use concept can work in Grand Bahama, as it is in other countries around the world.

“They are favored by local governments as they build better communities and form nice buffers between commercial and residential,” he said.

Long-awaited dredging to begin in FortuneBay

Environmental damage and protection and the blue economy 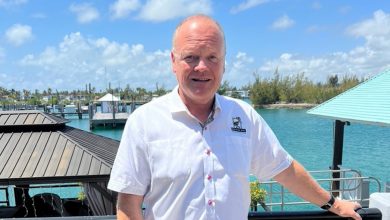 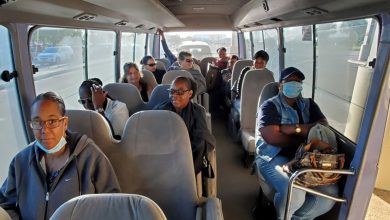 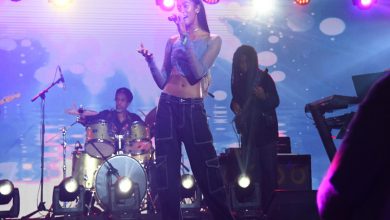 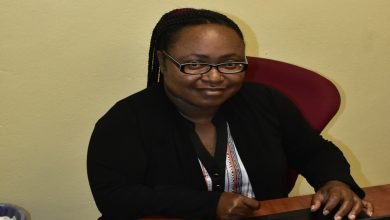