The word “twist” would be an understatement in describing Rik Carey’s newest single, ‘cause he sure carrying on bad with a fresh, new sound that’s a mash-up blend that he’s coined “rebel rake n’ scrape” – a twist to traditional rake n’ scrape – while at the same time sharing a message that is all about having pure, unrestricted, unreserved fun – no matter where you are.

When you hear Carey’s infectious single “Carrying on Bad”, you may be inclined to stop whatever it is you’re doing and just dance – which is the unadulterated reaction the singer and producer wants you to take away.

“‘Carrying On Bad’ is about the way people feel when they let go of everything and just have pure, real fun – whether they’re with their crew out on the town, or at home going about their normal everyday activity,” said Carey.

“I always wanted to write and produce a song that would turn the focus to Bahamian dance culture – not just that Bahamian classic heel and toe…mash the roach – but turn the focus on that ‘gyal’ winery and gyration, the stuff you see but not supposed to talk about in the moment, stuff that you won’t experience at a regular ‘stush’ party.”

With “Carrying On Bad”, which dropped on October 1, Carey has that song. And it’s slowly gaining traction in popularity. And he’s had nothing but positive comments from people who’ve heard it and found its dance tune catchy and infectious.

For “Carrying On Bad”, Carey tapped more into his artistry to give his fans more of everything that makes him the type of artist he is.

“It is always important for me to do as many genres that I am comfortable with, but it is also super important to have cultural integrity in the music I make to represent my brand. I’m always pushing my music and wherever it takes me this time – that’s God!” he said.

As for that rebel sound he’s produced, he describes it as more of a twist, squeeze, mash-up, blend and then mold again type of situation.

“I can’t really explain too much on how I came up with the sound, but I think being a drummer/percussionist helps big time.”

And then there’s his wife, Yashica, who also deserves credit.

“I dabble in a few different genres, including Afrobeats, hip-hop, pop [and] soca, but for many years I have been trying to figure out what I would categorize my sound as. It really hit me like a ton of bricks this year when I was in the studio making ‘Carrying On Bad’. I was having a rather passionate reoccurring conversation with my wife and some colleagues about this sound of mine, and also about the music evolution around the world, and it was a slip of the tongue. Not realizing what I said in the conversation, my wife brought it to my attention – ‘Das it right there!’ She said I had no idea I nailed this description to a ‘T’. I was just being natural and free with my thoughts, so I deemed this sound #rebelrakeandscrape. It’s not just the traditional sound that embodies the rake n’ scrape genre, but a new derivative of it, fused with a bit of soca and hip-hop.”

There’s even more proof to that with what he recently produced with Lady E’s latest single “Bush Therapy”; Bodine Johnson’s “All Day-All Night” and “Good Feelings”; and Visage Band’s “Party Starter”; and the same vibes in “I’m a Real Big Deal” by Fanshawn and Carey; as well as his last big tune “Call Me”.

Even though Carey’s excited about his rebel rake n’ scrape and his new sound, looking back at his body of work, he loves what he’s produced for himself and other artists.

As he looks to continue to turn it up and flow differently, he realizes he’s now coming together as he has always been deemed different from anyone else.

“I never really felt like I fit the mold of the previous music industry in The Bahamas, so it only pushed me to go deeper into my craft,” he said.

Despite his new sound, Carey said he remains the type of artist that can’t be boxed into one genre of music.

“I am still an eclectic at heart and will always be, so you will see and hear me performing with a pop sound with my Baha Men family, and then on the solo tip I’m a Caribbean-contented artist. So, you’re gonna hear Bahamian slang and vernacular with Junkanoo beats, rake n’ scrape elements and sometimes fused with soca, hip-hop or even Afrobeats. Then if I really feel like keeping the sound more traditional, I would do that as well, depending on the type of project. But I love being different from everyone else. I love pushing the musical boundaries and experimenting to see what kind of new vibes I can create.”

With the release of a new sound and new single, Carey isn’t resting on his laurels. He is working on music videos for his already released singles and on more music for other artists.

“I will also be doing a lot of work with Baha Men – promotions and shows – since we are a part the #LetsGoBahamas Hurricane Dorian relief effort. This year has been pretty good for me and I am thankful that I am able to juggle multiple careers in the same field, so I shall proceed and continue.”

He’s also shed his trademark dreadlocks which he felt he had outgrown.

“I wanted a fresh look moving forward. A lot of my fans seem to take this more seriously than I did,” he said of his newly shorn looks. “I have had locks from 1996; grew them for about 14 years then I chopped in 2010, rapidly grew my locks back nine years later, then I decided for my 41st birthday to chop and not grow it back anymore.”

“Your hair gives off certain energy, but as far as creative ability is concerned, that doesn’t determine your level of greatness,” said Carey.

Carey’s “Carrying on Bad” is available on most major online music platforms and can be requested on local radio stations.

“As I’m pushing my music independently, I’m working my way towards more international presence even though I’m a local artist with a whole lot of experience. I am very determined to do what it takes, even if it takes a while to get recognized as a solo artist/producer. “I’m on another level of mindset now that I am wiser,” he said.

‘Clean Heart’ latest in long list of hits from Padrino

Take your tastebuds on a world trip 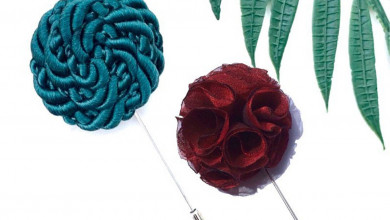