To paraphrase a popular local song, when you’re tired of what you’ve got, you can find some interesting things.

And thus, tired of all the usual things there are to see at this time of year – the annual spook-fest stuff leading up to Halloween, which this year includes yet another “Halloween” movie (“Halloween Kills” – the 12th installment in the long-running franchise), and on the fence about the other new release last week, “The Last Duel” (I might suck it up and try it for next week), and ahead of this week’s new releases like “Dune” – I decided to scope out what else is available out there.

That led me to the streaming services. Yawn! And then to a quick search of what others are saying are some of the best movies released so far in 2021.

One intriguing title appears frequently on quite of a few of these lists. “Pig” stars Nicholas Cage as a mysterious man, living alone in the Oregon wilderness. He’s a truffle hunter, and has to return to Portland to find the person who stole his beloved pig.

(Released in the U.S. back in July, it never made it here locally. But you can find it on video on demand sites.)

Being a Cage movie, one might be expecting some sort of revenge, slaughter-flick, a la “John Wick”, which is frequently mentioned in the same sentence as “Pig”, for some reason. As Mr. Wick’s re-awakening as an assassin was inspired by what happened to his poor dog, perhaps the comparison is warranted.

However, as you might have already guessed from the name, “Pig” is a most unexpected film, and is about as far off from “John Wick” as a motion picture can possibly get. Again, we’re talking about truffles here! And despite where things appear to be headed in the thrilling first few minutes, this ends up being a sensitive and emotional drama, allowing us to see a rare side of Cage.

Older moviegoers may remember this non-action hero, Cage – the one from his Golden Globe-nominated performance days in 1987’s “Moonstruck”, and his Oscar-winning turn in “Leaving Las Vegas” (1995). Even though his character in “Pig” is bizarre and extreme, he’s also incredibly human. Perhaps even Cage gets tired playing a character that’s a caricature.

The supporting cast is also quite good. Alex Wolff, who was pretty decent earlier this year in M. Night Shyamalan’s “Old”, reluctantly gets swept up with Cage’s character on this pig quest, turning this into a most unusual buddy adventure film, and flipping the script on the fish-out-of-water concept in some very innovative ways.

Ultimately, it’s Cage who makes “Pig” worth seeing, with his memorable and touching performance. The storyline is odd, but without a doubt, it’s a refreshing and welcome change from what we’ve been seeing so far since the last Oscar-nominated pictures held over from last year left the scene.

Sears to meet with Shell on stalled BPL deal 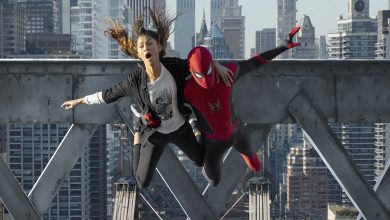