Acting Director of Labour John Pinder said yesterday that no one has the right to create their own labor policies requiring employees to be vaccinated, adding that it is only justifiable if getting the jab was the only choice to ensure health and safety.

Pinder was weighing in on the move by the owners of Sushi Rokkan restaurant to require their employees to be vaccinated by June 30 or risk losing their jobs.

“I understand what he is trying to do, he wants to make sure this is a safe environment and because of competition he probably wants to make sure that people are comfortable when they go into his business establishment, I understand that. But it cannot be that you have the power to violate a law or create your own policy as it relates to the employment contract of an employee. You cannot do it unilaterally,” he said while appearing as a guest on the Guardian Radio talk show “The Hit Back with Nahaja Black”.

“There is supposed to be some sort of communication or some sort of consultation, you cannot just impose that on them just like that and say that you are trying to adhere to the occupational safety and health act.”

The Health and Safety at Work Act, 2006 states that “It shall be the duty of every employer to ensure, so far as is reasonably practicable, the health, safety and welfare at work of all his employees.”

However it does not speak specifically to vaccinations.

“We understand what you are trying to do. The act speaks to the health and safety and all those things in the workplace, but a negative test that proves that you do not have COVID-19 is the same thing as – I think it’s even better than – getting the vaccine. If the choice was the injection then I’d say he’s within his rights as it relates to occupational safety and health,” Pinder said.

Attorney General Carl Bethel said yesterday that he would have to review the country’s laws to determine if they are being breached by employers requiring staff to be vaccinated.

Pinder said because of the vagueness of labor laws on this matter in particular, he is concerned that other employers will follow suit, disadvantaging more workers who may not want to be vaccinated now or at any time.

“You don’t want this to have a domino effect, where if Sam can do it and Paul could be able to do it, then Peter will say ‘I can do it too’, then everybody wants to do it. So I believe it’s important for this to be properly addressed, but it appears it will be addressed through the National Tripartite Council (NTC),” he said.

NTC Deputy Chairman Peter Goudie said earlier this week that he intends to bring the matter up at the council’s next general meeting.

Pinder said regardless of what any governing body determines, private employers always hold the right to terminate their employees.

“They can come to us and they can file a trade dispute for wrongful dismissal. In that they can request reinstatement, but the employer does not have to adhere to any ruling made by us.”

AML to expand to Exuma with acquisition of Exuma Markets 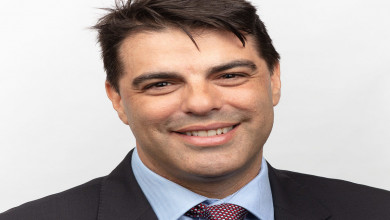