I am privileged to have the ears of the prime minister and the minister of health and wellness, or so I believe. I have absolute confidence and faith that they both, along with the entire administration, serve the nation well.

Let me be quite clear, so that there is no malicious or deliberately misunderstood interpretation of whatever I say in public life. Where there are matters of policy and initiatives, I beg the leave of the powers that be, or might be, to allow me leeway, as and when necessary. The proposed and semi-announced opening of the annual Christmas carnival would be a potential “mother of all superspreaders”. Thousands of unvaccinated people would be allowed to mingle and mix with those who are in fact fully vaccinated.

Will proof of full vaccination be required at the entrance gates? Who will enforce and police this policy? Will it be members of the armed forces; the operators or private security companies? Who or what entity would police them? We all know just how a lot of Bahamians go, myself included. If possible, we will skirt a barrier or simply bribe our way through. The pirates of old taught us well.

I say a resounding no to carnival this year. Yes, the operators will more than likely make some money but at what risk to the overall health of the nation and the possibility of numerous fellow citizens and residents, inclusive of workers at the carnival site and other support groups? Money is important but not at the risk of human life, especially a Bahamian or resident.

No doubt, the Davis administration means well in the normalization and gradual reopening of the national economy as it should be. My profound and troubling fear is that the pandemic could re-emerge with more deaths. It is ironic that the new day administration is now faced, head-on with many and more of the same concerns; issues, and problems that crushed Minnis prematurely.

The difference, in my opinion, is that the hardest working prime minister, ever, so far, bar none. The Hon. Philip Brave Davis, QC, MP is an enlightened and focused leader, locally and internationally. Minnis, for all his self-proclaimed influence on the world stage, was only able to get up as far as Washington and New York.

If Brave and Darville were to allow carnival, what happens if there is a surge? Minnis was a one-man band and paid a heavy price. Brave, I believe, is different. No to carnival. Other than that, the new day is rolling out nicely. 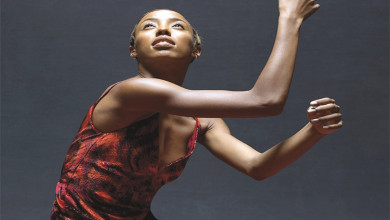