The lead characters are claiming to be of Bahamian descent, and during a tense scene, “Exuma, The Obeah Man” – the classic music of the late Bahamian great Tony McKay – plays loudly and proudly!

With such cultural implications, this deserves to have had a special opening night red-carpet premiere – at least as much as films with 007 or Harry Potter or any other picture with no mention at all of the country have had.

Those brief moments serve as a special treat in what is an otherwise eye-squinting, head-tilting (in the manner a dog would) experience that elicits the gamut of emotions.

“Nope” is the highly-anticipated sci-fi and horror film from Oscar-winning screenwriter Jordan Peele (“Get Out”) that has a Western theme, among others, and at once feels like several movies you’ve seen before, and like nothing you’ve ever seen before.

Two siblings (Daniel Kaluuya and Keke Palmer) who run a California horse ranch discover something wonderful and sinister in the skies above, while the owner of an adjacent theme park tries to profit from the mysterious, otherworldly phenomenon.

This is certainly a very interesting film. Peel deserves an “A” for effort. “Nope” looks good. It sounds good. It is well-acted. It’s got some moments that’ll make you scream and shout, as all good horrors should.

The cast really shines. Oscar-winner Kaluuya would probably deserve to be up for awards if he were playing someone just crossing the street. He’s authentic and believable in everything he does.

Palmer proves to the world why she’s so incredibly popular on social media. There seems to be little she can’t do. And when she commits to a character, she goes all in. This could represent a significant turning point in her career.

But if you’re like me, while you’re watching this, there are going to be some nagging questions.

That’s because these characters aren’t your typical dumb teens in a horror/slasher flick. Actually, they’re all pretty intelligent with some unique skills. And while at the basic level, the premise makes sense, you’ll find yourself asking, “does this ‘really’ make sense?”

Other questions follow: Do you understand the real motivations of these characters? Why would you really do what they did? Would you have stayed for the reasons they’re saying they stayed? What was the point of the other stuff that happened?

And then more unsettling questions keep coming: Is this not in the same league as Jordan Peele’s other movies? Am I missing something? Am I too dumb to get it? Do I need to watch this again? Do I care?

But hey, what a treat to hear Bahamian music in a horror picture about aliens!

Where to watch: Netflix/ In theaters

Because of the success – the unquenchable thirst and insatiable appetite – for comic-book based movies, all movies, especially action films, are now taking on comic-book or even cartoon characteristics.

Think most editions of the “Fast & Furious” franchise: people and cars are frequently suspended mid-air while folks are fighting or shooting at each other.

More and more unrealistic fodder like this keeps occurring, as action movie heroes and villains have to out-hero and out-villain the shenanigans of Marvel Inc. etc. to even get you to look up from your smartphones.

Well, the new Netflix film (also showing in theaters) “The Gray Man” feels just like a Marvel movie, as it desperately tries to outdo the superhero-set.

That the human beings here act like they’re superhuman mutants should come as no surprise as the film is directed by the Russo brothers – Anthony and Joseph – who were at the helm of four big time blockbuster Marvel flicks – “Captain America: Winter Soldier”, “Captain America: Civil War”, “Avengers: Infinity War”, and “Avengers: End Game.”

When the CIA’s top asset (Ryan Gosling) – his identity known to no one – uncovers agency secrets, he triggers a global hunt by assassins set loose by his ex-colleague.

And when they say “global hunt” and “assassins”, plural, they mean it. Just like in “The Avengers”, whole cities are laid to waste. (What did poor Prague do to deserve what is unleashed upon it?) Nothing is safe in the path of “The Gray Man”. And the film is breath-taking – in scope, scale and size, and in the fact that you can’t catch your breath because of the steady and incessant parade of villains and assassins.

It’s James Bond and Jason Bourne and “Mission: Impossible” merged into one and then put on a nonstop diet of only crack. Holy moly! What’s next!

However, between James Bond, Jason Bourne and “Mission: Impossible”, we’ve seen this movie about 499 times. And “The Gray Man” feels anything but new.

Perhaps that’s why it appears to be trying really, really hard. As such, it gets a little too cutesy, with odd musical choices while people are getting slaughtered, and over-the-top choreography for the fighting scenes. Twenty-odd years ago all of this would have been magical. But now, everybody – including every single Marvel movie – is doing it. Big whoop!

Thankfully, this cast is superb. Ryan Gosling is one of the best actors today. His tone and timing are always excellent. He’s funny, he’s a believable action star. What can’t he do?

But the most enjoyable part of the whole affair is Chris Pine, as a hired hitman, and a nutcase, who might as well be a member of the X-Men. With a demented sense of humor, this type of character isn’t new. But the delight with which Pine delivers his lines and carries himself, makes him the stand-out in a summer filled with all the big actors named Chris: Hemsworth and Pratt and Bale (“Thor: Love and Thunder”). Pine is “THE Chris of the Summer”

Enjoyable, even if derivative, “The Gray Man” is a weird, overly-stylish, amusing, murder-fest of a picture. It is the very definition of today’s summer action flick – loud, wacky, cartoon-like and implausible.

Govt not yet concerned US slowdown would disrupt tourism 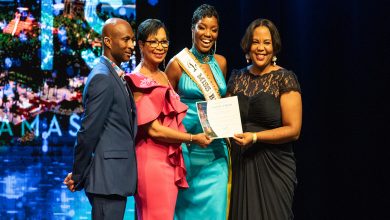